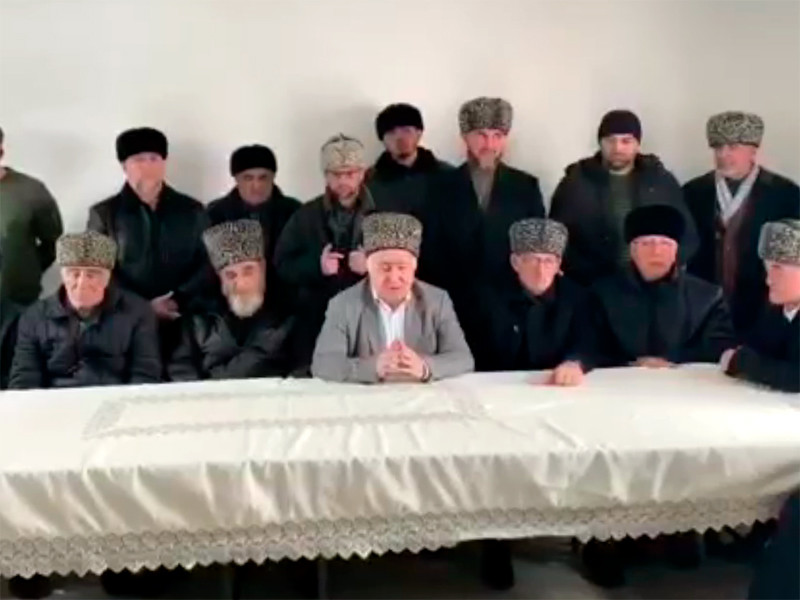 Representatives of the Ingush teips Timurzievs and Sultygovs appealed to the head of Chechnya, Ramzan Kadyrov, with a demand to provide proof that the Timurziev brothers, who were killed on December 28 in Grozny, were terrorists. The appeal of the Ingush clans was published on Ramzan Sultygov’s Facebook page, Dozhd reports.

On Monday, Ramzan Kadyrov said that men armed with knives attacked police officers in the center of Grozny. The incident killed a police officer and both attackers. The head of Chechnya noted that two brothers, natives of Ingushetia, who moved to the republic in 2012 and worked in a bakery, participated in the attack.

The teips’ appeal to Kadyrov is recorded in the Ingush language. “Those killed in Grozny are our people, and if they really were terrorists, then publish the evidence, because there must be a video. Secondly, you are not rightfully holding the parents and sister of those killed, we demand that they be released,” the public activist Sarazhdin Sultygov (translated from “Kavkaz.Realii”).

Sultygov noted that he speaks on behalf of the fraternal teips and voices the position agreed with them. The Ingush teips also demanded that the bodies of the Timurziev brothers be handed over in order to “bury them properly.”

As the newspaper notes, the incident in Grozny caused a resonance in Ingushetia – several public figures and bloggers doubted that the killed were militants, and demanded to publish video evidence of the official version. It was especially emphasized that Putin Avenue, on which the shooting took place, “is simply stuffed with video cameras.”

Sultygov also wrote that one of the relatives of the Temurziev brothers had filed an application with the Investigative Committee of Russia with a demand to check their death. According to the statement, the family of the victims has reason to believe that they were “unlawfully killed by the security forces.” It also notes that the video footage of the incident posted on the Internet is incomplete and does not capture the very moment of the attack. The relative who submitted the application wished to remain anonymous, citing possible pressure from the security forces.

Earlier, telegram channel 1ADAT, opposition to Kadyrov, reported that Kadyrov’s men had kidnapped the father, mother and 20-year-old sister of the Temurzievs, who lived in Grozny. It was also reported that friends and classmates of the deceased brothers were abducted.

The Chechen Interior Ministry reported that the deceased police officer is a 22-year-old junior police sergeant Magomed Dzhabrailov, who began working for the police in September 2020. His father, Heather Dzhabrailov, was also a policeman and died 19 years ago in an explosion.

At a meeting with security officials, Ramzan Kadyrov responded to the Ingush elders in an offensive manner, referring to them as representatives of the female gender, 1ADAT notes. The head of Chechnya also threatened all the disaffected, including the relatives of the victims, that they would all be brought to justice as “accomplices of the terrorists.”

According to Kadyrov, the security forces will “pull out provocateurs from Ingushetia and imprison them in Chechnya.”

The Russian Ministry of Justice recognized Kavkaz.Realii media as a “foreign agent”.