What was the fate of the descendants of the great Russian writers?

We all studied the work of the classics of literature at school. And we are also familiar with the biographies of great poets and writers. At least in general terms. But in addition to immortal works, they left behind descendants. What do we know about the children, grandchildren, and great-grandchildren of Russian classics? Almost nothing. Meanwhile, there are very interesting personalities among them …

PUSHKINS: FROM RED ARMY TO BILLION

Alexander Sergeevich his children from Natalia Goncharova he listed in a joking patter: “Masha, Sashka, Grishka and Natasha.” He was very proud of them. “My family is multiplying, growing, expanding around me. Now, it seems, there is nothing to murmur about life, and there is nothing to be afraid of old age, ”wrote the happy father. And although the poet, alas, did not live up to old age, his offspring are still multiplying and growing. This is despite the fact that the eldest daughter Maria had no children. But at Alexander Alexandrovich Pushkin as many as 13 heirs were born in two marriages. His brother Gregory had three illegitimate offspring from a French mistress. And four more daughters and two sons were born by the poet’s youngest daughter, Natalya. As a result, there are now about 300 descendants of the Russian genius. They are scattered all over the world, living in France, Great Britain, USA, Belgium, Switzerland, Germany, Italy, Morocco and even Hawaii. In Russia, there were very few Pushkins left after the October Revolution. 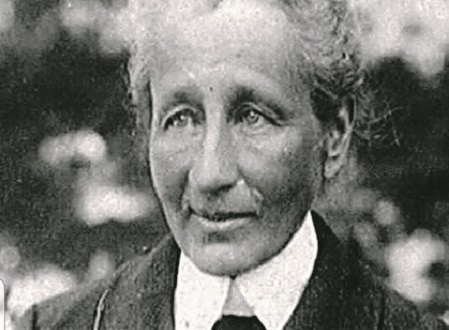 The poet’s eldest daughter Maria in 1917 was already a very old lady. Widow. With the advent of Soviet power, she moved from St. Petersburg to Moscow, where she settled in a tiny room in Sobachy Lane. What she lived on is not clear. Probably, kind people helped, since, of course, she lost the pension that she was paid from the royal treasury. But the monetary allowance from the new government had to wait for a long time. Only in 1919, the Commissariat for Education, “taking into account the merits of the poet Pushkin to Russian fiction,” decided to give his daughter a decent living space and pay an allowance – 1,000 rubles a month. True, Maria Alexandrovna did not wait for this money – she died of hunger at the age of 86. 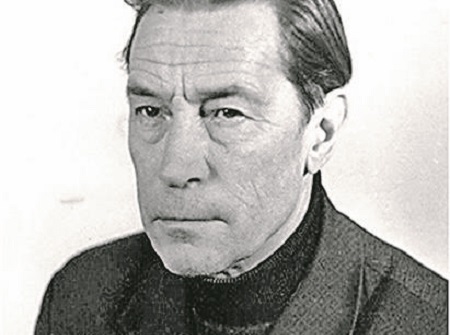 She could have been helped by her nephew Grigory Alexandrovich, the son of a brother. But he, most likely, did not know anything about the plight of his elderly relative. Grigory Pushkin at that time fought on the fronts of the Civil War. And on the side of the Bolsheviks! He died in 1940. And in the same year his son is the poet’s great-grandson Grigory G. Pushkin – entered the service in the criminal investigation department of the Oktyabrsky district of the capital’s militia. In 1941, he volunteered for the front, in 1946 he returned to serve in the Moscow Criminal Investigation Department. According to the police archives, it was Grigory Grigorievich who uncovered numerous crimes of the Black Cat gang, about which the film “The meeting place cannot be changed” was later filmed. By the way, the gang members were by no means hardened criminals, as shown in the film by Stanislav Govorukhin, but teenage street children. And they were headed not by a stern thief named Humpbacked, but by a seventh-grader Vovka Kolganov.

IN RELATIONSHIP WITH THE BRITISH QUEEN!

Grigory Grigorievich had two sons. Both are Alexandras. One died at the age of six during the Great Patriotic War – from pneumonia. When the second son was born, he was also named Sasha. But he too died early – at the age of 40. Grigory Grigorievich himself lived to a ripe old age. He passed away in 1997. And on this the Moscow branch of the Pushkins was completely cut short.

In general, of the direct heirs of the poet in the male line, today only one remains – Alexander Alexandrovich Pushkin. He is 75 years old, he is a former electronics engineer, lives in Belgium with his wife Maria Madeleine Durnovo-Pushkina (which, by the way, is his second cousin!). 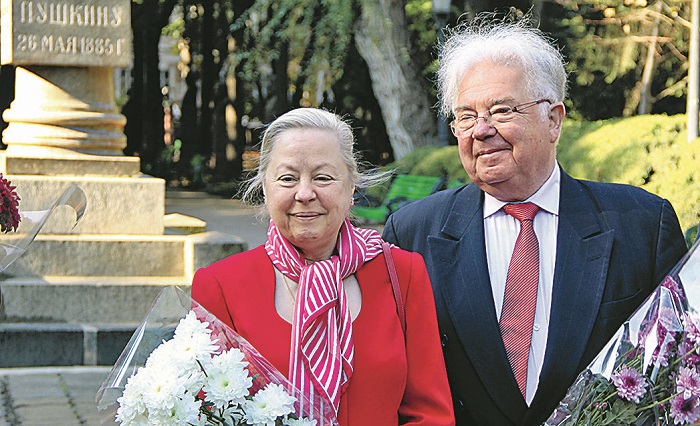 The couple has no children. So Alexander Alexandrovich is the last representative of the Pushkin family who bears this surname. All other descendants of the “sun of Russian poetry” have different surnames. Because they are relatives of Alexander Sergeevich along the so-called female lines. But among these lines there are such weaves that wow! For example, Pushkin’s great-granddaughter – Hope de Torby – once married a lord George Mountbatten, nephew of the last Russian empress Alexandra Feodorovna… She participated in the upbringing of Prince Philip of Greece, who later became the consort of the Queen of England. Elizabeth II…

The great-great-granddaughter of Alexander Sergeevich Natalie is the godmother of Prince William and the widow of the Duke of Westminster, one of the richest citizens of Great Britain. Their common son and, it turns out, also a descendant of Pushkin Hugh Grosvenor after the death of his father, he inherited a huge fortune. At 30, he is considered the youngest billionaire in Foggy Albion!

FAT: BREEDING FROM THE Sperm Bank

The exact number of Lev Nikolaevich’s children is unknown. They say that in his youth he willingly sinned with young peasant women. And some of them had children from the connection with the master. At 34, Lev Nikolaevich married an 18-year-old Sophie Behrs… 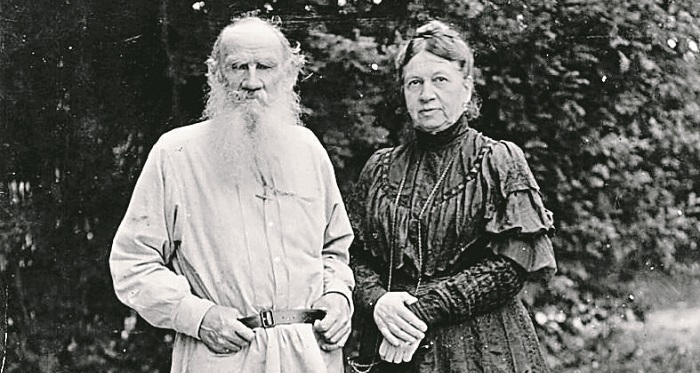 And in this marriage 13 sons and daughters were born. Of these, eight people survived to adulthood. All of them except the composer Sergei Tolstoy, after the October Revolution they went abroad. Then some of the Tolstoys returned to their homeland. And I must say that many of them are widely known. For example, the great-great-grandson of the writer Vladimir Tolstoy for a long time he was the adviser to the President of the Russian Federation on cultural issues. And since 2019, he himself became president of the International Association of Teachers of Russian Language and Literature.

Journalist Peter Tolstoy since the 1990s, he has hosted various programs and talk shows on television, and now he is a State Duma deputy and deputy chairman of the Parliamentary Assembly of the Council of Europe (PACE). 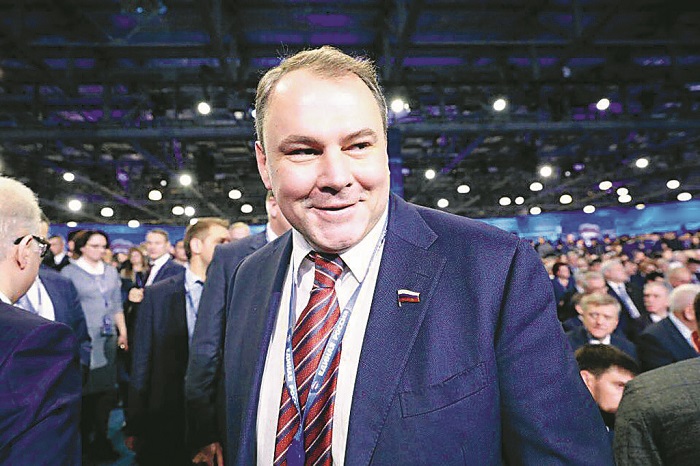 Fyokla Tolstaya also became famous as a TV presenter. But now she is engaged in various educational and cultural projects.

Among the foreign descendants of Lev Nikolaevich, they enjoy the greatest attention of the public and the world press. Andrey Tolstoy and his relative Victoria. Both live in Sweden. Andrey is a farmer and is considered one of the best reindeer breeders in Scandinavia. And Victoria is a popular jazz singer. Both, by the way, treat the work of the great ancestor with coolness. Andrei admitted that he mastered War and Peace with great difficulty and only in adulthood. And Victoria did not read anything from the legacy of Leo Tolstoy at all. Although he is proud of his surname. 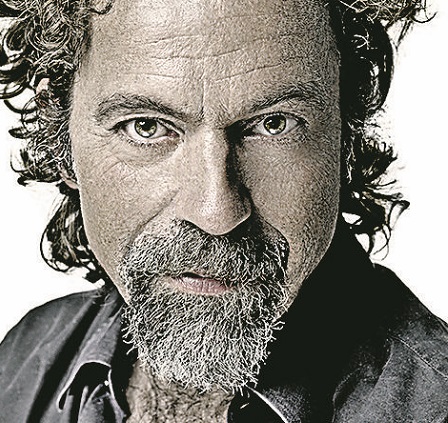 Like a Parisian Dmitry Tolstoy, who managed to achieve serious success as a photographer: he is ordered by elite brands – Chanel, Kenzo, Nivea, Dior, etc. Dmitry believes that his love for artistic reflection of reality was passed on to him from his great-grandmother Sophia Andreevna. She was the first in the family to master the camera, which she often used in Yasnaya Polyana – she made family portraits.

Lev Nikolaevich’s descendants keep in touch with each other. They regularly hold meetings, which are attended by over 150 people from different parts of the world. But in fact, Tolstoy, perhaps already thousands. The fact is that about 20 years ago, a wealthy American woman wanted to have a baby who would have the genes of her favorite writer, Lev Nikolaevich Tolstoy. Representatives of the potential mother turned to the descendants of the genius with a delicate request: to sell the sperm. Only the artist agreed Gennady Murygin-Tolstoyliving in Novosibirsk.

– We paid well, everyone was satisfied, – said Gennady Ivanovich. – After that, off we go … How many children I have today living in different countries, I don’t know. In Italy, USA, Sweden. In Pittsburgh alone, there are eight of them: four Leo and four Anne – I asked that the children be named after my great-grandfather and my mother.

The painter assures that his biomaterial is still stored in foreign sperm banks and is waiting for new customers. 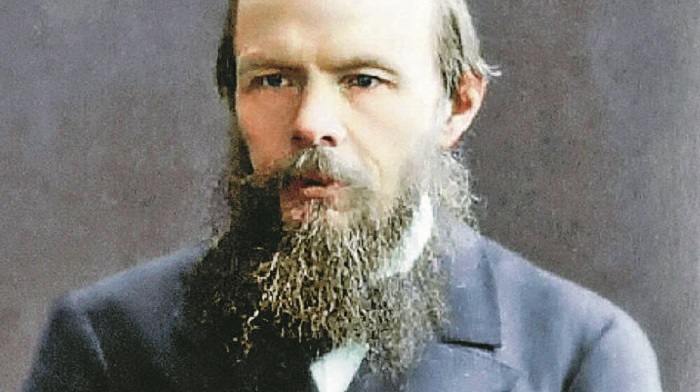 Two died at an early age. Daughter Lyubov, who lived to her old age, remained childless. And it turned out that all the descendants of the writer descended from one of his son – Fyodor Fedorovich. And they all live in St. Petersburg.

Dostoevsky’s great-grandson Dmitry Andreevich is 76 years old. During his life, he has not worked as anything! And as a tram driver, and a taxi driver, and a guide … More than 20 different specialties are entered in the work book. In the 1990s, he left for Germany in search of happiness and prosperity. I made money there by repairing electronics. In 2006, having already returned to his homeland, he was noted in the cinema: he starred in a cameo role in the TV series “His Majesty’s Secret Service.”

The son of Dmitry Andreevich Alexei also tried himself in the acting field. As a teenager, he played the role of Kolya Krasotkin in the film Boys, a partial adaptation of Dostoevsky’s novel The Brothers Karamazov. But this was the end of his film career. Alexey Dmitrievich received a pedagogical education. However, he does not work in his specialty. He serves as a captain on a small motor ship that belongs to the famous Valaam monastery. And together with his wife Natalya he plays in the St. Petersburg folk-rock group “Bird Si”. Dostoevsky has a bass guitar!

Actually, the couple got together on the basis of music. We met at one of the rehearsals – and it started spinning with them! They got married and gave birth to four children. Each of them also now owns some instrument: Anna is a flutist, Vera plays the domra, Maria plays the cello, and the youngest of the Dostoevsky – Fedya – mastered the xylophone and the piano.