Poland warned of EU dependence on Russia over Nord Stream 2 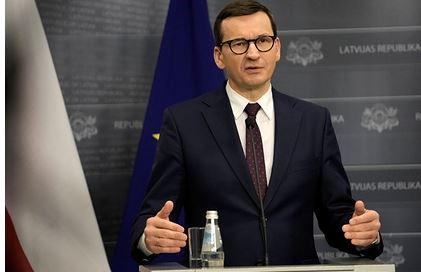 During a meeting with his Croatian counterpart Andrei Plenkovich in Zagreb, Polish Prime Minister Mateusz Morawiecki warned of the growing dependence of the European Union (EU) on Russia during the launch of the Nord Stream 2 gas pipeline. This was reported by the Euractiv edition, RIA Novosti reports.

According to the Polish politician, the Russian Federation allegedly uses gas as a “political trump card” in order to increase its influence in Europe. “Part of the EU is already heavily dependent on Russian energy resources, and if the pipeline starts working, we can conclude that we will become even more dependent,” he believes.

Earlier, Moravetsky accused the Russian company Gazprom of rising gas prices. He promised to discuss the Nord Stream 2 issue with the Acting German Chancellor Angela Merkel. The meeting of the heads of state is scheduled for November 25.

The certification process for Nord Stream 2 is currently suspended. The Federal Network Agency (the German regulator) announced that the procedure will resume as soon as Gazprom creates a subsidiary for the German part of the pipeline. Such measures are necessary for the project to comply with EU legal regulations.