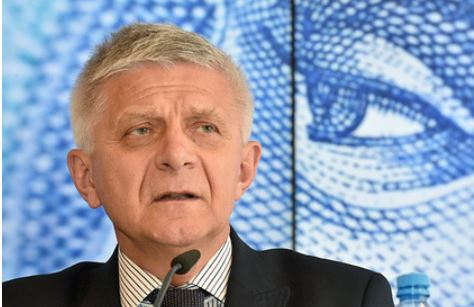 The former head of the National Bank of Poland, Marek Belka, criticized the “economic illiteracy” of decisions taken in the country to fight inflation. According to Bloomberg, the economist’s discontent was caused by a rise in wages in response to record price increases in the last twenty years.

“Salaries that rise faster than prices will lead to even more inflation in the future. The government seems happy with the launch of the wage-price spiral. This will lead to disaster, ”predicted Marek Belka, who left his post as head of the central bank of Poland in 2016. He is now a member of the European Parliament and an active critic of the Polish government and the leadership of the National Bank.

Marek Belki’s comments are a response to the words of his successor Adam Glapiński and Prime Minister Mateusz Morawiecki. They said that a wage increase that outstripped inflation should reassure Poles.

Other European countries also faced uncontrolled price increases. Inflation in the eurozone reached a record level of three percent. In Germany, prices rose 3.4 percent and in Spain, 3.3 percent. The cost of goods is affected by supply disruptions caused by local lockdowns due to new outbreaks of coronavirus. The rate of inflation was also affected by the record for Europe prices for electricity, due to the increase in the cost of gas and coal.