Poland predicted a strong blow to the economy 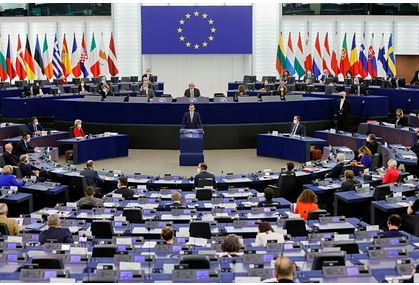 If the EU delays or reduces background aid to Poland, it will greatly affect the country’s currency and economy, writes Bloomberg. Similar measures can be taken after the decision of the Constitutional Court of Poland, which recognized the supremacy of Polish laws over European ones.

In an “unfavorable scenario”, funding will be suspended until the end of 2023 and then resumed. According to economist Mateusz Urban, then the zloty could lose more than 12 percent against the dollar in the first half of next year. It will also fuel inflation, he predicts.

According to Urban, GDP growth could contract by 1.4 percentage points in aggregate over the next two years, with a total production loss by 2026 of PLN 170 billion, which is equivalent to eight percent of economic production. Signs that Poland may leave the EU increase the instability in the market, although such a possibility is “extremely unlikely”, the expert is sure.

Earlier, the leaders of the European Union countries admitted the possibility of economic sanctions against Poland. EU leaders do not want the conservative government to benefit from the contributions they make to the organization’s budget.