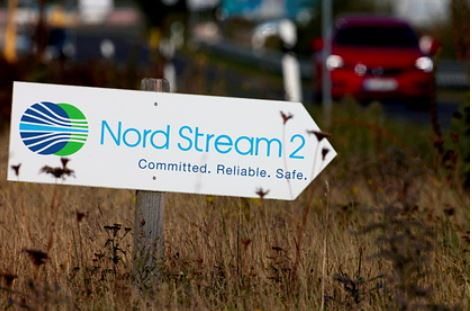 Witold Modzelewski, a member of the National Development Council under the President of Poland, admitted the failure of the protest strategy against the Nord Stream 2 gas pipeline project. A professor at the University of Warsaw wrote about this in his article for the publication Myśl Polska.

According to the expert, the opposition to the implementation of the Russian project did not make any economic sense for Poland, but was only an attempt to please Washington. The author of the article notes that such a strategy will be a fiasco.

Modzelewski added that American protests and sanctions were useless and Washington admitted defeat. At the same time, Poland, as in the case of the policy of supporting post-Maidan Ukraine, found itself in the role of “meaningless bawlers who remained in the fools,” he summed up.

Earlier it became known that the United States and Germany are discussing the possibility of helping Ukraine in the energy sector because of the “Nord Stream-2”. It is noted that Western countries can commit themselves to strengthen the Ukrainian infrastructure and compensate it for transit fees that will be lost due to the fact that Nord Stream 2 bypasses Ukraine. According to the agency, in this way they want to “reduce the geopolitical benefits for Moscow” from the gas pipeline.

Initially, the launch of the Nord Stream 2 gas pipeline was scheduled for the end of 2019, but due to US sanctions it had to be postponed several times. Russian President Vladimir Putin said in June that the completion of the second branch of the pipeline would take place in one and a half to two months. The first line began to be filled with gas already on June 11.