Pizza is often called fast food, is considered an Italian invention and is loved to the point of madness. The popularity of the flatbread covered with sauce, cheese and various fillings has gone beyond all imaginable boundaries, making it the No. 1 dish in the world. It’s amazing how many myths are associated with this unpretentious snack, while not everyone knows interesting and true facts about pizza.

Let’s start with the fact that the dish belongs to the Mediterranean cuisine, which means that, despite the speed of preparation, it cannot be put on a par with snacks, burgers, fries and other “harmful” food. A real pizza baked according to all the rules is not fast food, but a delicacy that is healthy and healthy. And it was not the Italians who came up with it, although this nation has done a lot to improve and popularize the product. To finally get out of the “snare of delusions”, you have to turn to history. 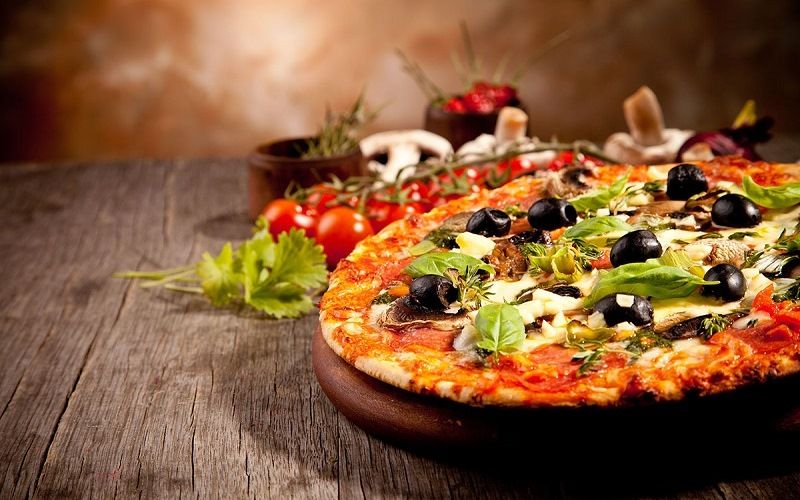 How and when did pizza appear

Baking from unleavened dough with all kinds of additives existed in the Neolithic era. According to scientists, ancient people flavored bread with edible plants to make it tastier and more aromatic.

In the era of antiquity, they began to make round flat cakes, plakuntos, on which were spread onions, garlic, seasonal vegetables, herbs and cheese, poured over with olive oil. The appetizer turned out to be incredibly convenient for travelers – at once a plate and a side dish, nothing more. The ancient Greek philosopher Plato mentioned her in his writings.

It is the Greek dish plakuntos that is considered the prototype of modern pizza.

The idea of ​​flatbread was borrowed from the Greeks by the Romans, who added chopped meat, honey, dry spices and nuts to the modest filling. According to another version, the imperial legionnaires brought the recipe for the dish called “picea” from the Palestinian lands. It happened about 2000 years ago. 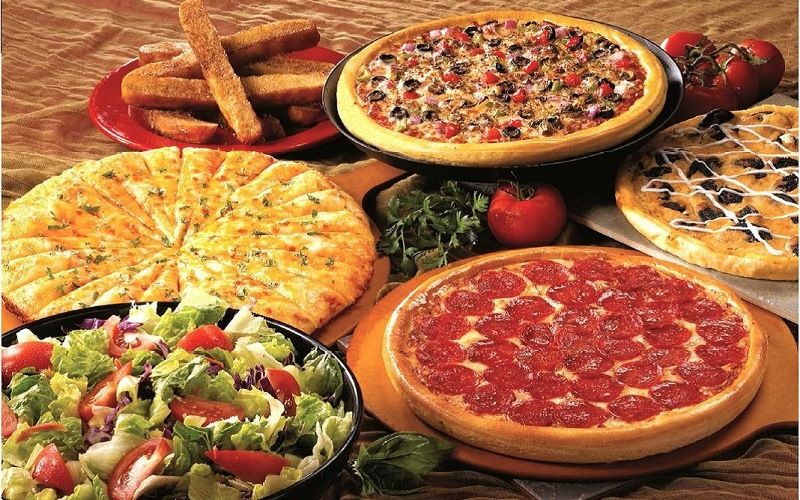 Until the 16th century, open cakes with a filling were baked using the same technology, not only in Rome, but also in other Mediterranean countries. The Etruscan focaccia, coca pie from Catalonia, and Balkan lepigna with kaymak (cream cheese) and vegetables are considered analogous to “picea”. There was no single standard for the ingredients used; each housewife added whatever was at hand to the dough. But cheese and olive oil remained unchanged.

In the Middle Ages, the Vikings cooked something similar to pizza, spreading meat, fish, cheese and spices on raw dough, and then baking it all on stones. Norwegians still claim to be the pioneers of the legendary pastry, vying for this honor with the Italians. Today the broad masses know nothing about the role of the ancient Greeks.

Invention of the Neapolitans

The turning point in the history of the cult dish was the 16th century, when Europe got acquainted with tomatoes imported from the New World. While the Italian nobility wondered if she would be poisoned by the bright red fruits of an unknown plant, the peasants had already successfully grown it in their fields and eaten it.

In 1522 in Naples, picea was first prepared with tomatoes. At the same time, such baked goods began to be called in a modern manner – pizza, which is why it is officially believed that the most famous hot appetizer appeared in the Renaissance. A century later, the dish acquired a specific recipe for dough and filling. Its detailed description and variations were preserved for posterity by Alexander Dumas-father. And specially trained chefs – pizzaiolo, which still exist today, began to cook pastries. 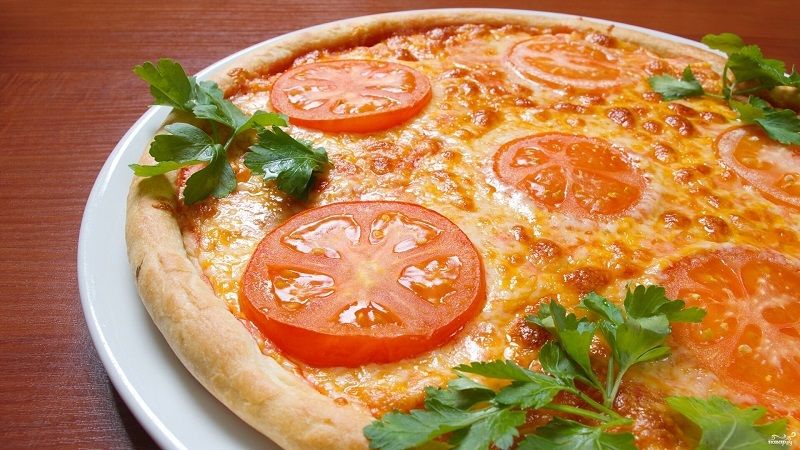 At first, the Neapolitans considered the tomato-cheese “top” tortilla exclusively street food and sold in the neighborhoods of the poor. However, at the end of the 18th century, the snack became one of the landmarks of Naples, known far beyond its borders. Thanks to this, the Italian aristocracy also gradually began to be imbued with an interest in an unusual, but mouth-watering snack.

Already at the beginning of the next century, the first city pizzerias were built, where the “highlight of the program” was served hot, hot, straight from the oven. Visitors to the establishments sat down at marble tables under the open sky in order not only to have a tasty meal, but also to chat, discussing topical issues.

The very first pizzeria “Antica Pizzeria Port’Alba” opened in 1830. It was located in the center of Naples, on via die Tribunali. A small, cozy establishment is still operating today, still welcoming numerous guests.

In 1889, Naples was visited by the Italian ruler Umberto I and his wife, Margarita of Savoy. The pizza maker Raffaele Esposito, famous at that time, presented the royal couple with an unusual pastry made in the colors of the national flag. Red tomatoes sat side by side on a flatbread with white mozzarella cheese and green basil leaves. The Queen was delighted with such an idea, and the chef, as a sign of respect, called the culinary masterpiece “Margarita”. It is believed that the royal favor helped the snack “from the bottom” to conquer the top of Italian society. 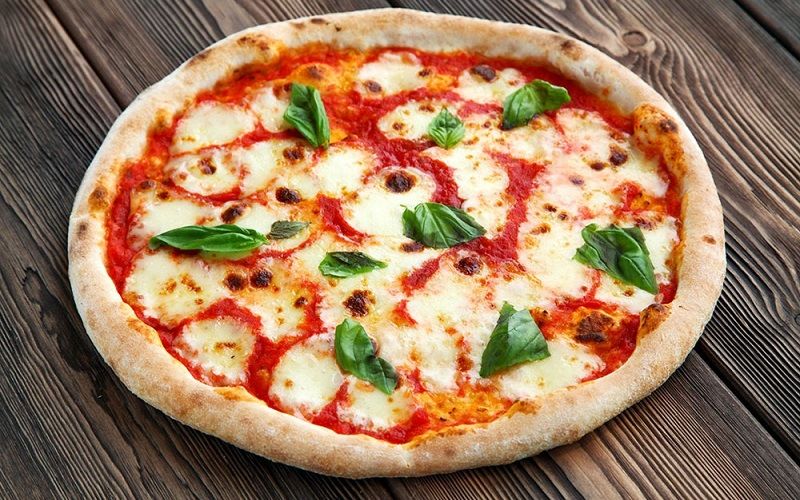 It is not known whether this story actually happened or was invented by the Neapolitans to surround the dish with a romantic aura. But even today, more than a century later, Margarita remains one of the most popular in the world, along with Marinara and Four Seasons pizzas.

The favorite of Neapolitan cuisine came overseas with the first wave of Italian immigration at the end of the 19th century. The newcomers created large communities in St. Louis, Philadelphia, New York and Chicago, where numerous pizzerias appeared almost immediately. But at that time, Italians lived in a rather secluded manner and the delicious delicacies of their people were unknown to the Americans.

In 1943, when the Allies occupied fascist Italy, the US military began to actively visit pizzerias. Americans, who have not tasted anything but army rations for a long time, were delighted with the hot snack with tomatoes and cheese, finding in it a new culinary idol that is worshiped to this day. 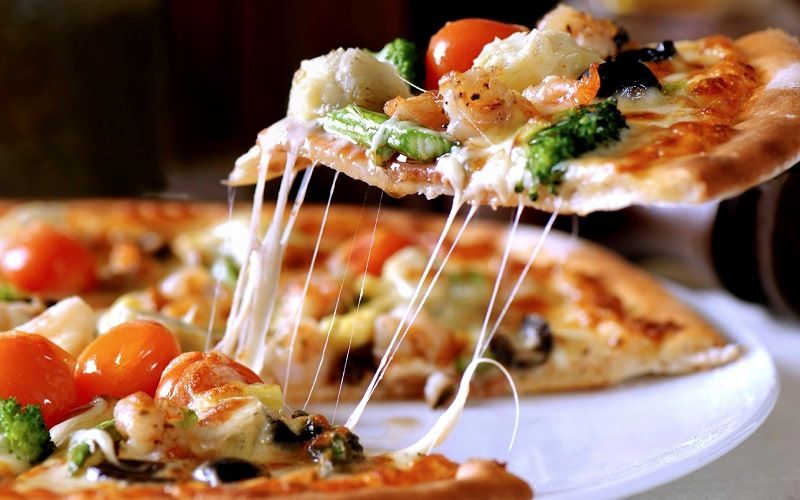 Back home, the admiring soldiers made such a good advertisement for the pizza that local establishments for its production and sale began to mushroom. Then came the turn of restaurant chains, among which the leading position was taken by the Kansas company Pizza Hut, which today covers 90 countries of the world.

Delicious, healthy and inexpensive. It’s all about her – the ultimate Italian snack to eat for breakfast, lunch and dinner. Statistically speaking, some do so.

The figures cited by analytical companies are simply amazing: 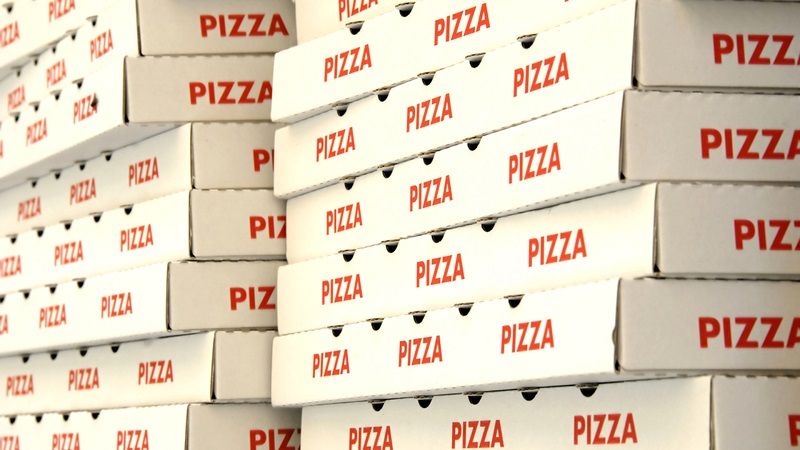 It is served even in space

Figures – the matter, though impressive, is “dry”. And here are some more poetic and inspiring information about everyone’s culinary darling:

Today, the cake is cut with a special round knife into 4, 6 and 8 pieces as desired.

In Italy, it is not customary to sell such baked goods in portions. 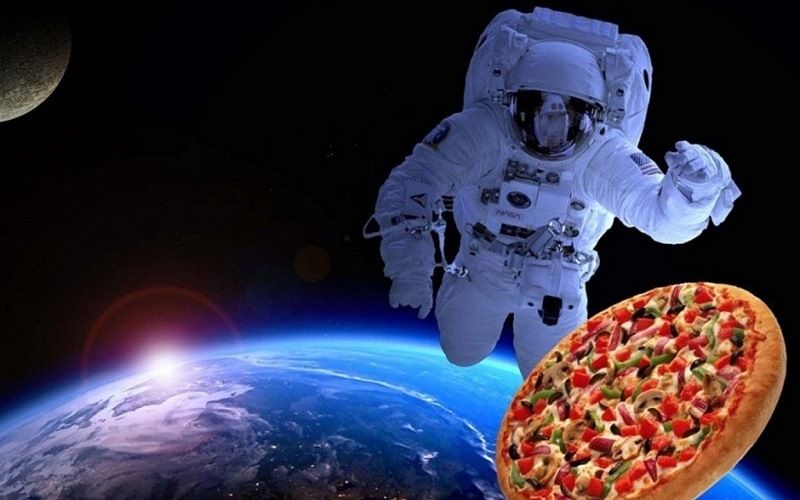 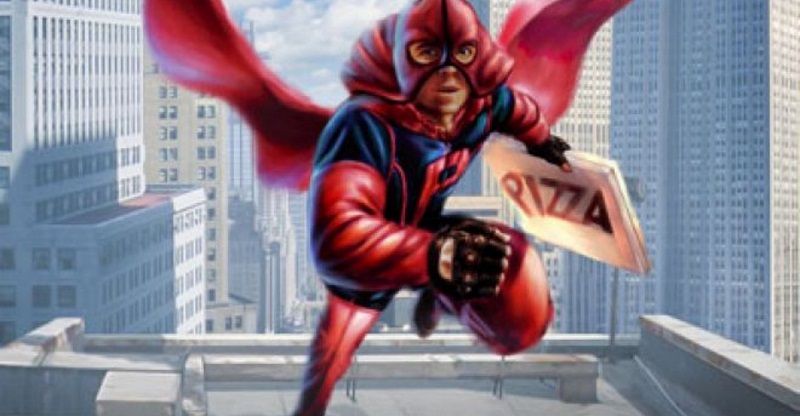 And that is not all

The most popular hot appetizer on the dough is recognized as healing, thanks to the large amount of tomatoes, herbs and spices. It is able to protect against stomach cancer, of course, if the filling does not contain sausages and other foods that are difficult for digestion.

Another interesting fact: pizza in Italy is made according to certain quality standards set by the Verace Pizza Nepoletana Association. Only after receiving a confirmation certificate, restaurants have the right to call their baked goods Neapolitan, corresponding to traditional recipes. 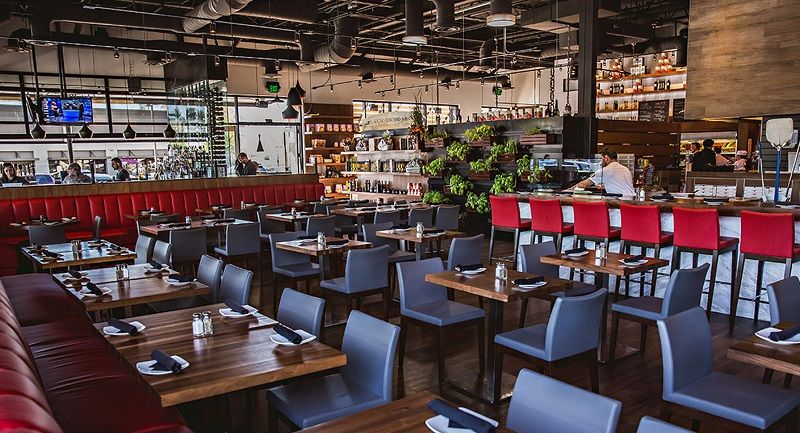 The aroma of the dish is so attractive that at various times they tried to reproduce it for condoms, ice cream, beer and electronic cigarettes.

In 2003, the Florentine perfumer Ducho Creschi launched a line of cosmetics with the scent of his favorite Italian pastries. Bath foam, soap and lotion were formulated with natural extracts of basil, oregano and tomato.

The appetizer, loved by the whole world, has been included in the Guinness Book more than once. The reason was the size of the dish, its cost, rare ingredients, and so on. The following collection of facts will be especially interesting for children, who often collect information about the greatest achievements of mankind.

So, the record-breaking pizzas: 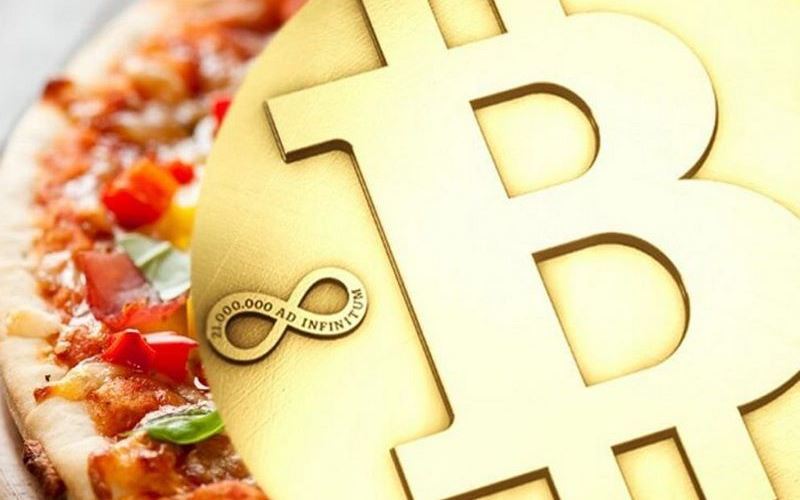 Divine snacks are eaten on weekdays and holidays, they are treated to welcome guests, they delight children and cheer themselves up. It can also be a luxurious gift, for example, for Valentine’s Day.

Scottish chef Domenico Kroll has created a one-of-a-kind snack filled with the most expensive ingredients especially for those in love with high incomes. These include venison, champagne-soaked caviar and Parma ham. All this splendor was crowned with sheets of gold leaf. The masterpiece was called Pizza Royale 007 and cost $ 3,000.