15 May MP of Ukraine from the Servant of the People Alexander Dubinsky during the program "Freedom of Speech Savik Shuster "tried to physically get on the air, despite the agreement to participate in the discussion via Skype. This publication "GORDON" was reported in the press service of the project.

The program was dedicated to the energy sector of Ukraine.

"Among the announced Ukrainian MP Oleksandr Dubinsky was invited to join the discussion via Skype, and Oleksandr Dubinsky received this invitation the day before the program’s release, and his participation was confirmed via video link by the press service. programs, the responsible editors of the program “Freedom of Speech of Savik Schuster” tried to contact Mr. Dubinsky in order to test Skype-communication with him in advance. However, he didn’t reply that we confirm with a screenshot of the correspondence, "representatives of the program noted.

They said that an hour before the talk show started from Facebook learned about Dubinsky’s intention to physically appear on the air.

“Security did not let Dubinsky to the set, because there were no empty seats in the studio. The team of the program“ Freedom of Speech of Savik Shuster ”adheres to the quarantine rules and provides a distance between guests of one and a half meters. Therefore, the maximum number of possible program participants in the studio is eight people. That’s why Mr. Dubinsky was invited to participate in the discussion on Skype, "the project’s press service explained.

According to them, the People’s Deputy said during a stream from under the door of Schuster’s studio, that she doesn’t want to participate in the broadcast via Skype.

“During the broadcast, the mobile numbers of the host Savik Shuster and his business partner Pavel Elizarov were published on the Internet. Then they began a telephone attack from unknown numbers. We perceive this fact as nothing more than a provocation, ”stated Savik Shuster’s Freedom of Speech.

Representatives of the program believe that their desire to invite different sides of the discussion on the air sometimes ends with personal PR individual Ukrainian politicians. " 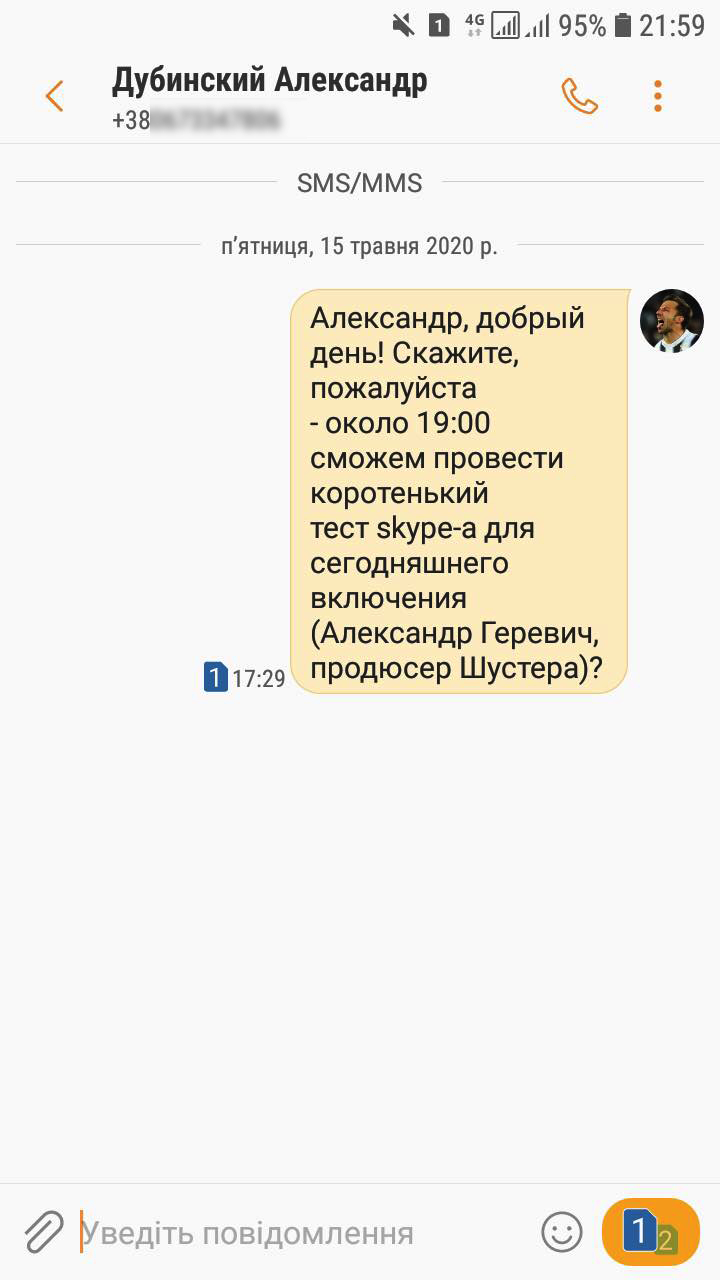 The program’s press service noted that the ether 15 in May was also invited by ex-people's deputy Sergei Leshchenko and people's deputy from the faction "Servant of the people" ", the head of the Energy Committee of the Rada, Andrei Gerus, but the first did not respond to the invitation, and the second refused to participate in the talk show.