The uniqueness and diversity of the traditions of St. Petersburg, the second most populated city in Russia, have been formed due to the combination of culture and customs of people belonging to different ethnic groups and with different religious preferences. Since its foundation, this city has been multinational and religiously tolerant: Germans, British, French, Dutch, Italians, Greeks and Tatars could eat in an institution with national cuisine and go to their school and church. In St. Petersburg, the largest number of churches of other faiths in Russia has been preserved to this day. 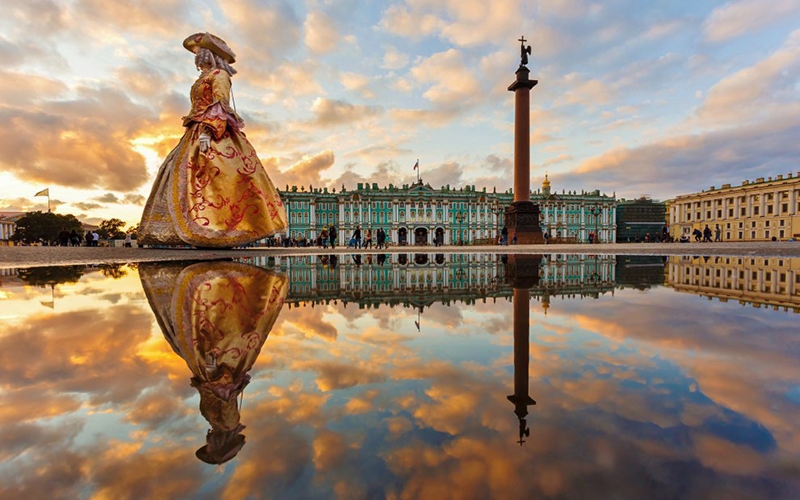 On the authenticity of St. Petersburg and Petersburgers

The inhabitants of Northern Palmyra, a city with unique architecture and eternally rainy weather, are intelligent, but reserved and somewhat reserved. Bright emotionality is not inherent in them, and loud conversation in raised tones is considered bad manners. Instead of a rude “Fuck you …” a native Petersburger will say, “I see that you will go far.” The clothing style of Petersburgers is elegant and harmonious, mostly pastel colors, bright colors in clothes and an abundance of accessories are considered here as a manifestation of vulgarity. 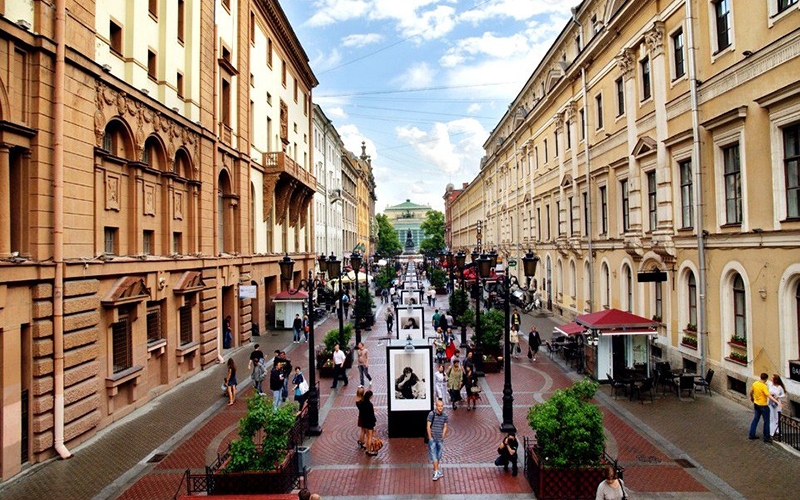 Over the 300 years of existence in St. Petersburg, special traditions have also been formed regarding the role of public catering establishments in public life. The variety of names of such establishments is amazing: restaurants, cafes, tea houses, taverns, and in former times there were German gerbergs and kitchen masters, Italian austerias and Russian taverns. In many restaurants, it was customary to lay a table d’hôte (common table) at a certain time, at which one could chat in a friendly atmosphere. Many restaurants became social clubs during the day: stock exchange dealers or politicians gathered in some, poets, musicians or actors gathered in others. To attract visitors, performances and concerts were held in restaurants in the evening.

In addition to the all-Russian state and religious holidays, Petersburgers celebrate: 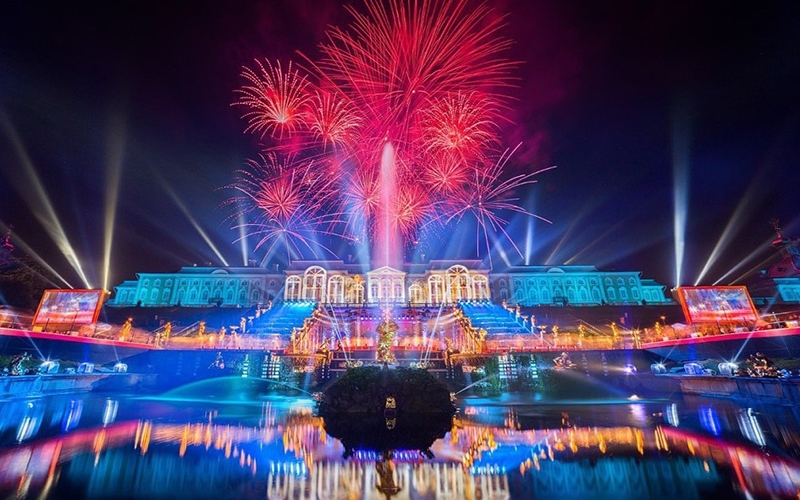 Among the many traditional cultural events in St. Petersburg, the Fountain Festival, which is celebrated every autumn in Peterhof, should be especially noted. Shows with pyrotechnics and multimedia effects are arranged in the architectural scenery of the park at this time.

St. Petersburg is deservedly called the cultural capital of Russia: in terms of the number of museums, theaters and art galleries, Northern Palmyra can be compared with any capital in the world. 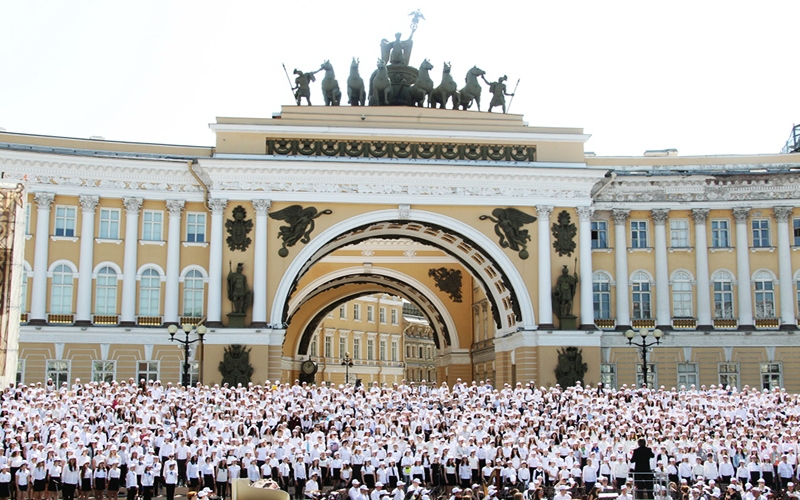 Among the cultural traditions of St. Petersburg, festivals dedicated to art are especially popular with local residents and guests of the city:

Interesting culinary festivals are organized in St. Petersburg. The most popular of them: 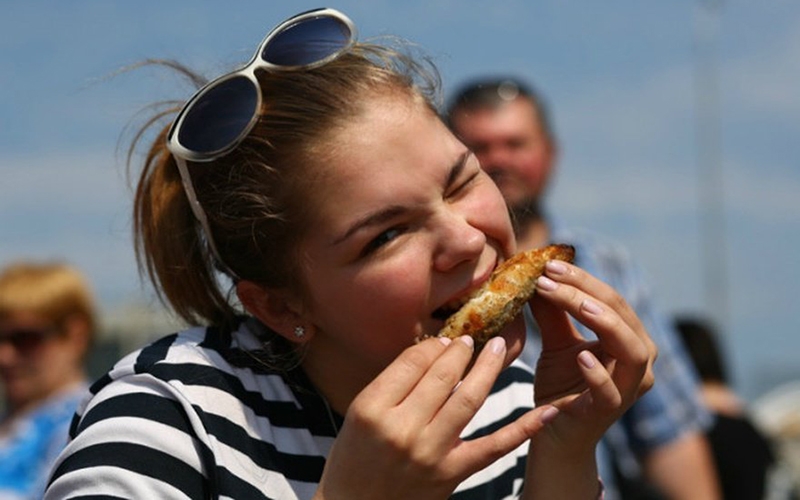 Folk holidays with masquerade processions have become traditional for St. Petersburg. The Carnival of Literary Heroes takes place in May, in the area of ​​the Mikhailovsky Manege. Its participants dress up as characters from children’s fairy tales and famous literary heroes. In August, the “Zombie Mob” carnival is held: characters of “horror movies” with faces painted under the mythical “animated dead” march along the central streets of the city. 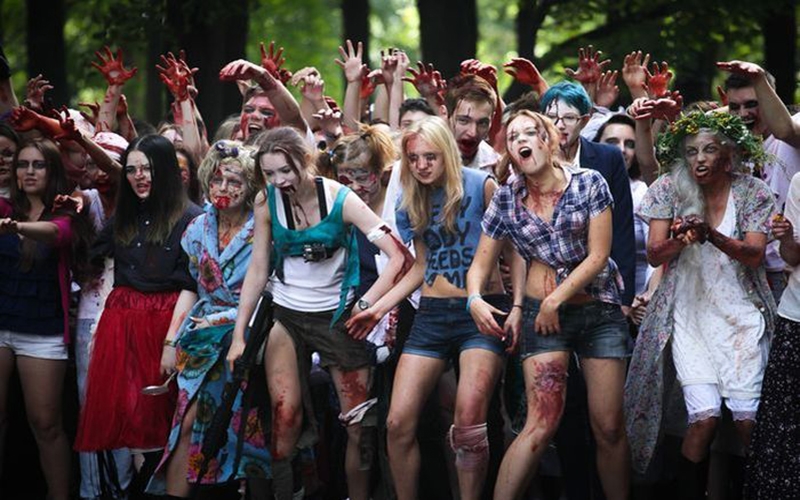 Every nation and every city has unusual, unique customs and rituals. Often they are associated with the wedding, because marriage is one of the most important steps in life. For example, in China, the more tears a bride sheds before her wedding, the happier her married life will be. In Germany, newlyweds at their own wedding must saw together a log – this is a kind of symbolic preparation for living together. Ukrainian bride and groom after marriage in the registry office lay an embroidered towel under their feet. Who will be the first to him, he will be the head of the family. 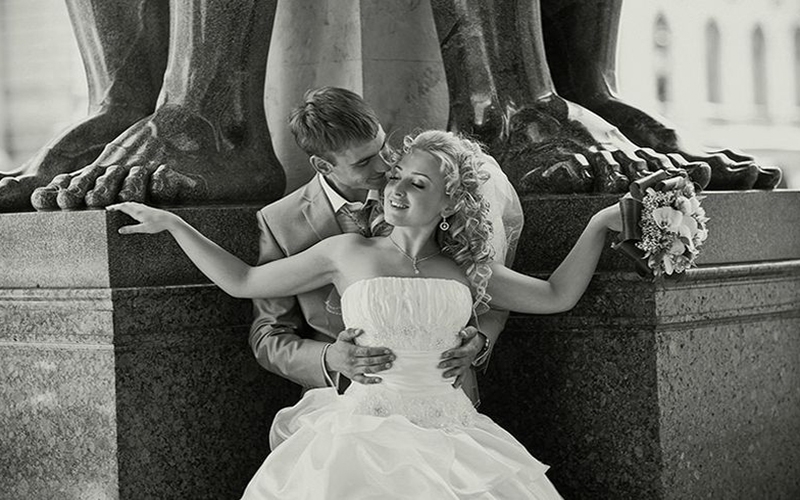 Petersburgers also have several such traditions, which, according to legend, guarantee the newlyweds happiness and family well-being. For a happy life together, the newlyweds should drink a glass of champagne on the Spit of Vasilyevsky Island and release a pair of doves into the sky. To attract wealth to a young family on the wedding day, you need to put your fingers in the mouth of one of the lions located on the University Embankment near the Sphinxes. In order for all dreams to come true and beautiful children to be born in the family, according to the St. Petersburg custom, the newlyweds should hold on to the big toe of one of the Atlantes near the Winter Palace. Finding this Atlas is easy: his toe is rubbed to a shine.