There are people who have a truly amazing destiny, since they received amazing abilities from nature. However, this fate is not always happy, and not always such abilities turn out to be a blessing.

Orlando was born the most ordinary child, and so it was exactly until, being in 3rd grade (1979), he received a head injury while playing baseball. The boy did not tell his parents anything and, as a result, did not receive the necessary medical assistance. Subsequently, for a long time he suffered from terrible migraines. 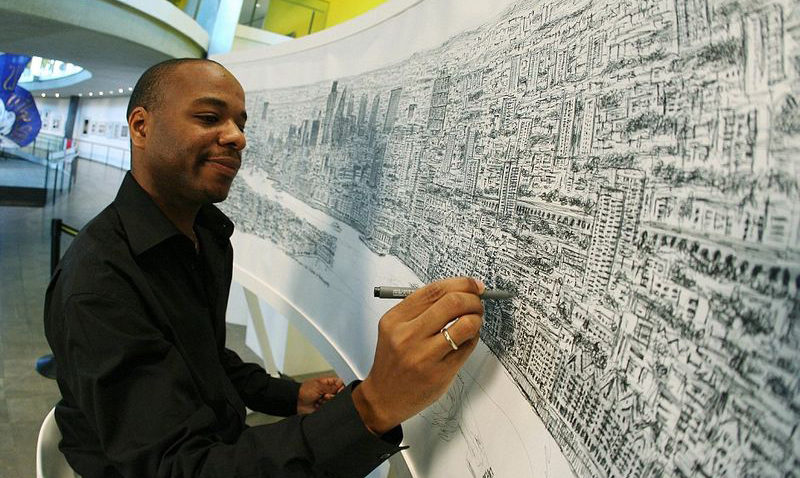 In the end, the headaches disappeared, but Orlando revealed amazing abilities, including the ability to quickly perform calendar calculations of any complexity. For example, he could not hesitate to name all Tuesdays by numbers in 1981. He also remembered the details of each day after his head injury. The scientific name for this phenomenon is savant syndrome.

American Jill Price from New York can be safely attributed to people who have the most amazing lives. The girl has a unique memory. Any, even the most insignificant information: aromas, pieces of phrases, the menu of the cafe, which she was in 2 years ago, all this is imprinted in her memory, like on a hard drive. This state of affairs makes her life very difficult. Jill cannot “edit” her memory (usually a person tries to forget bad events as soon as possible); she experiences her adolescence resentment and terrible dreams every day with the same emotions. 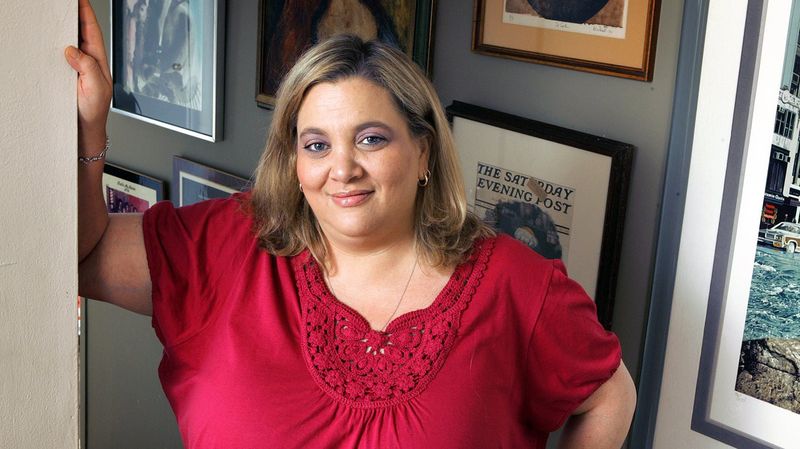 In 2000, Miss Price made a written petition to the California Neuroscience Clinic, in which she asked for help and told the details of her life. At that time she was 34 years old, from the age of 11 she began to notice that she clearly remembers every day of her past. She can tell in great detail about the events of any day, starting in 1974. Scientists researchers in 2006 gave Jill a rare diagnosis – hyperthymesia. Subsequent studies revealed a similar disease in about two dozen more people.

Today Jill leads a quiet and reclusive lifestyle. Works in California in one of the Jewish religious educational institutions. She penned a whole series of books entitled “A woman who wants but cannot forget.”

By profession, the hero of the next story is a gamekeeper, he works in America, Virginia in the Shenandoah National Reserve. Despite the rather peaceful activities, Roy’s life cannot be called calm.

According to statistics, the possibility that lightning strikes a certain person is equal to 1: 3000, mortality from such a strike occurs in 95% of cases. Roy survived 7 strokes in his life.

For the first time lightning struck Sullivan in 1942. A thunderstorm started and Roy hid in a wooden fire tower, and lightning struck there, after which the tower began to burn. The man managed to jump out, but the next lightning strike overtook him and hit him right in the leg. 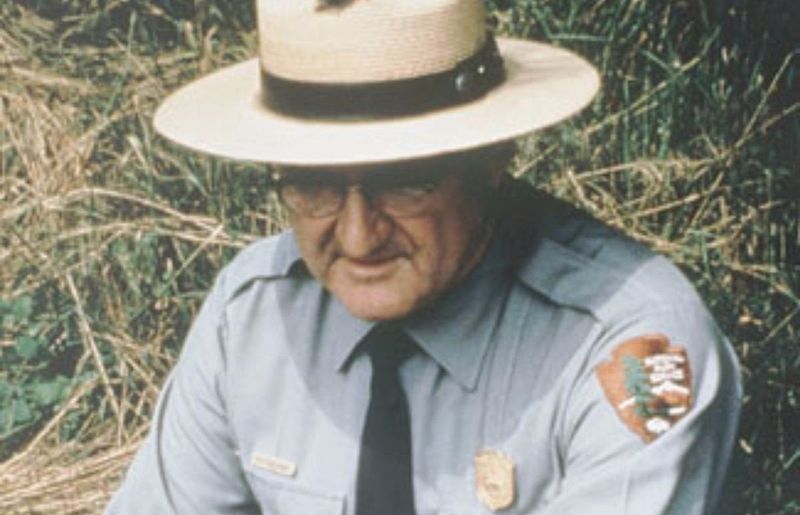 After this incident, nature left him alone for almost 26 years.

In the summer of 1969, when a thunderstorm began, Roy was driving along a mountain road. First, the lightning hit a tree nearby, and then flew through the open window of the car. Roy lost consciousness, but he was lucky – the car stopped at a steep cliff. This time, Sullivan lost his eyebrows, eyelashes and virtually all of his hair.

After this incident, lightning began to openly hunt for Roy:

1970 – due to a blow received near his own house, his right hand was temporarily paralyzed;

1972 – the elements overtook a man on the territory of the forestry, all his hair burned out, and he received burns (after this incident, he began to take water with him everywhere);

1973 – Roy was driving through the woods, lightning struck directly in the head, burning his hair again, and by force of the blow threw him out of the car, ripping off his boots;

1976 – it happened in a tent camp, a blow fell in the ankle, severely injuring the latter;

1977 – due to another blow while fishing, Sullivan is hospitalized with severe burns to the chest and abdomen.

The man was nicknamed “the man-lightning rod”, people tried to avoid him, fearing that lightning might hit them. Sullivan died in 1983, but not at all from a lightning strike, which would seem likely. The cause of death is a gunshot wound to the head. The main version of the investigation is suicide. Why Roy made such a decision, no one will ever know. Someone says that from unrequited love, and someone who is simply tired of living in eternal fear.

The interesting fate and history of this man puzzled all world scientists. Yakov Tsiperovich, originally from Minsk, worked as an electrician. Everything happened like in a real crime film. In 1979, out of jealousy, Jacob’s wife decided to get rid of him and poison him with mushrooms. Due to severe intoxication, the man experienced clinical death, which lasted an hour, which is simply incredible for the human body. After that, he was in a coma for a week.

And after coming out of the coma, all the most unusual began. Tsiperovich said that after he regained consciousness, he could not speak at all, after a while the speech returned, but the voice was alien. The body was disobedient, as if in space in zero gravity, the perception of the world around him changed, and if there was a person next to him, and he was in pain, these sensations were transmitted to Yakov. The man could not lie, as soon as he lay down, it was as if he was thrown out of bed. And he could not sleep, no sleeping pills helped. 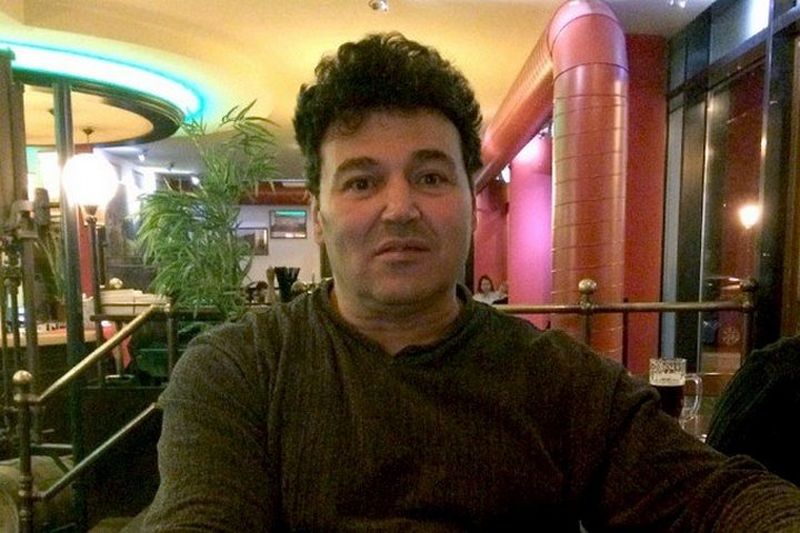 It was scary, it would seem that a person simply cannot live without rest, but over time, Jacob resigned himself and even adapted. The insomnia lasted 16 years, but the most amazing thing is that it did not affect the state of his body in any way, he looked great and his health was in perfect order.

Tsiperovich, trying to unravel his phenomenon, turned to all kinds of specialists: at the Moscow Medical Institute, the Leningrad Institute of the Brain, the healer Juna, he was examined at the German University of Health. Unfortunately, none of the scientists have ever figured out its phenomenon.

Jacob became interested in yoga, thanks to which he learned to fall asleep for several hours, and also created a set of exercises to maintain strength.

Another amazing fact, since the fateful day, the body temperature of a man has always been stable – 33.5 C. Now Tsiperovich is 63 years old, and he looks at a maximum of 27.

Ronald Opus lived in the United States, decided to take his own life. He wrote a posthumous letter, indicating that he went to suicide due to difficulties with his parents and constant financial problems. As a result, I jumped out of the 9th floor window.

At that very moment, work was underway to wash the windows, and employees pulled on a safety net at the 7th floor. At best, having flown 2 spans, Ronald would have landed on the net and remained alive. But then fate decided to take matters into its own hands.

When the guy fell, a shot hit his head, which was released by a person living on the 8th floor. While the police were busy establishing the identity of the late Opus’ body, the senior detective went to the gunman to charge him with manslaughter.

In the course of the proceedings, new details were revealed. It turned out that the old man was aiming at his wife, but missed and hit the window. At the time of quarrels with his wife, a man often grabbed a shotgun in a fit of anger, it was never loaded, the old man usually frightened his wife in this way, and this was already from the category of family rituals. Now they began to look for the one who loaded the weapon with malice.

After carrying out a number of investigative measures, the law enforcement officers learned that only their son had free access to the spouses’ home. Knowing that his father often threatens his mother with a gun, the son secretly loaded it, hoping that in this way the father would kill his mother and go to prison himself. And here the name of the son came out – Ronald Opus. Yes, the same Ronald Opus who lived on the floor above jumped out of the window and died from a shot in the head. It turned out that he was tired of waiting for his parents to quarrel and his father would kill his mother, since recently they had lived peacefully, and decided to commit suicide. Dying as a result of the long-awaited shot.

A person does not choose a country, parents, innate talents, but he can choose how to react to the current circumstances, and thereby partially determine the further course of fate.

Fate is not what we are born with, it is what we do with all this.