A resident of Taipei (Taiwan) was the victim of an accident involving four cars at once. Unfortunately, the incident ended in the death of a man. 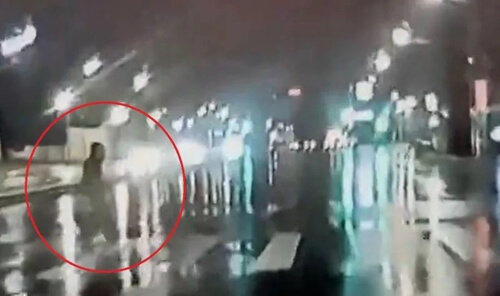 It all started when 41-year-old Mr. Zhuang crossed the road at a pedestrian crossing late at night. But he was only halfway through when the traffic light switched from green to red. Zhuang accelerated and at that moment he was hit by a taxi.

The taxi driver, a 57-year-old man named Ting, explained that because of the rain, he did not notice the running pedestrian at all and only saw that the green light was on for him. The driver pulled over to the side of the road to approach the victim and help him if possible. 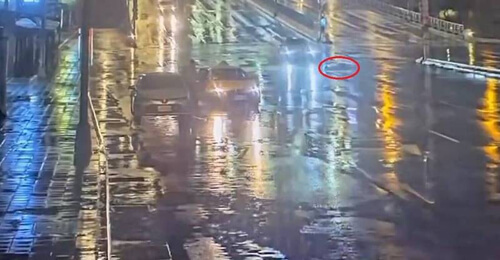 However, in front of the taxi driver, the incident took an even more tragic turn – Zhuang was run over by a white car, the driver of which did not even slow down and disappeared, and after that a third car stopped on the side of the road. In an attempt to protect the unfortunate pedestrian from further injury, Tin ran to him, because a truck was also rushing towards the man lying in the middle of the road. But the truck driver didn’t notice Zhuang or the taxi driver trying to get his attention, so the fourth run-in took place. 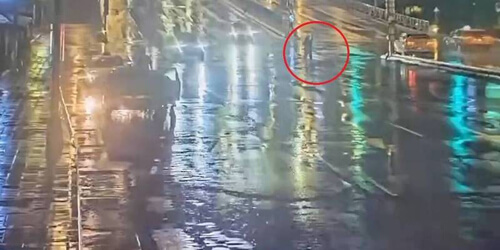 The paramedics who arrived at the scene of the accident found that the victim of the accident received extensive injuries to the legs and head. Zhuang was given artificial respiration, after which the man was taken to the hospital, and already there he was declared dead. The police launched an investigation into the incident and interviewed all the drivers involved in the tragedy. So far, it is clear that rain and night have led to poor visibility, and the high speed with which all motorists were driving left no chance for them to bypass a pedestrian.

Witnesses captured the accident while filming a car on fire