Patrushev said that the West needs Navalny "for the new Maidans" 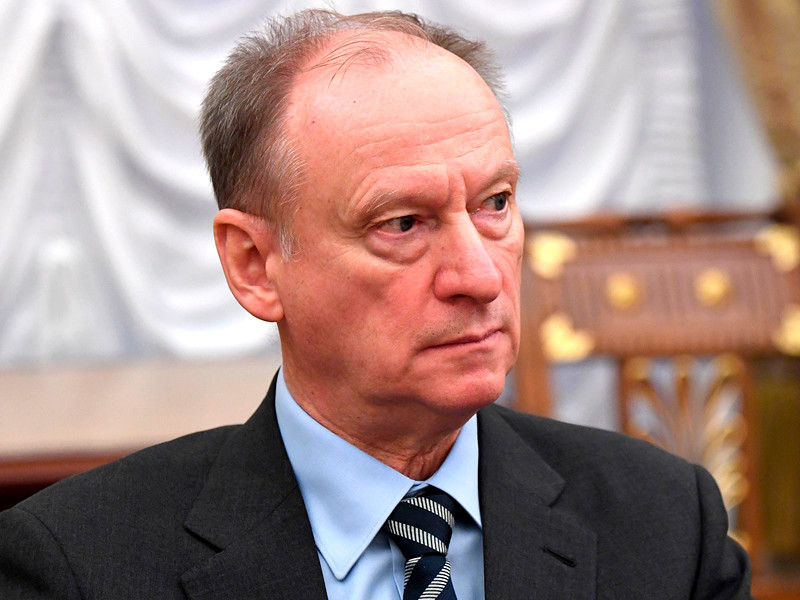 Russian Security Council Secretary Nikolai Patrushev commented on the statements of Ukrainian politicians who demanded to sever all relations with Russia until Moscow releases Alexei Navalny. “The West needs this” figure “to destabilize the situation in Russia, for social upheavals, strikes and new Maidans. We can see what this can lead to in Ukraine, which in practice has lost its independence,” Patrushev said in an interview with the Argumenty and facts “.

“He, this ‘activist’, has repeatedly grossly violated Russian law, engaging in fraud on an especially large scale. And as a citizen of Russia, he must be held accountable for his illegal activities in accordance with the law,” Patrushev said.

Presumably, Patrushev had in mind the cases of Yves Rocher and Kirovles, in which Navalny received suspended sentences. In the summer of 2013, the judge of the Leninsky District Court of Kirov, Sergei Blinov, found Navalny and businessman Pyotr Ofitserov guilty of embezzlement on an especially large scale and sentenced them to five and four years in prison, respectively, and a fine of 500 thousand rubles. Three months later, the real term was changed to a conditional one on appeal to the regional court.

A Russian court found that in 2009 Navalny, who was then a freelance adviser to the governor of the Kirov region, used his influence to coerce then-Kirovles general director Vyacheslav Opalev into an unprofitable contract for the supply of timber to the Vyatka forest company, which was headed by Officers. As a result, Kirovles sold its goods below market value, the damage amounted to 16 million rubles. Opalev in December 2012 was sentenced to four years of probation. He made a deal with the investigation and became the main witness for the prosecution.

The defense of Navalny and Ofitserov in court insisted that there was no coercion, and Kirovles could conclude a contract for the supply of timber at any price. According to the convicts, the resale of Kirovles products was no different from the usual intermediary activity.

In February 2016, the ECHR declared the court’s decision unfair. The Strasbourg court ruled that the verdict in the “Kirovles case” against Navalny and businessman Pyotr Ofitserov violated the plaintiffs’ right to a fair trial and ordered the Russian authorities to overturn this decision.

However, in Russia, after a second trial of the case, the same court in Kirov, which was unable to ensure a “fair hearing,” again found Navalny and businessman Ofitserov guilty. In February 2017, the Leninsky District Court of Kirov sentenced Navalny to a suspended sentence of five years and a fine of 500 thousand rubles. In November 2017, Navalny filed a complaint with the ECHR against a re-conviction in the “Kirovles case.” The Strasbourg court communicated the complaint in January 2018: in the same year, Petr Ofitserov, accused together with Navalny, died.

On December 30, 2014, the Zamoskvoretsky District Court of Moscow found Alexey Navalny and his brother Oleg guilty of especially large and large-scale fraud in the field of entrepreneurial activities, as well as the legalization of money obtained by criminal means. The court and the investigation concluded that the brothers had stolen 26.8 million rubles from the cosmetics company Ives Rocher and 4.5 million rubles from the Multidisciplinary Processing Company (MPK) through the Main Subscription Agency (Glavpodpiska). Judge Elena Korobchenko sentenced Alexey Navalny to 3.5 years of probation and 5 years of probation, and his brother Oleg to 3.5 years in a general regime colony.

During the trial, Alexey Navalny himself filed an application with the RF IC about the commission by investigator Roman Nesterov of crimes under Articles 285 (abuse of office), 286 (abuse of office), 292 (official forgery), 303 (falsification of evidence in a criminal case), 307 ( knowingly false testimony in court) of the Criminal Code of the Russian Federation.

According to Navalny, in the seventh volume of the criminal case, which contains a note from a Yves Rocher representative about the absence of damage to the company, the number of sheets was reduced, their numbering was changed and the content was corrected. On one of the sheets, Navalny found traces of white clerical putty. According to the oppositionist, corrections were made to the materials of the case after the accused got acquainted with these materials. The court did not take into account all these arguments of the defense.

In August 2017, by a court decision, the probationary period appointed by Navalny was extended until the end of December 2020 at the request of the FSIN. The FSIN also repeatedly appealed to the court with requests to replace Navalny’s conditional imprisonment with a real one, but to no avail.

In October 2017, the ECHR, at the request of Navalny, awarded them compensation of more than 80 thousand euros. The ECHR acknowledged that the Russian authorities violated a number of articles of the European Convention on Human Rights in relation to Navalny in the Yves Rocher case.

On April 25, 2018, the Supreme Court of Russia, on the proposal of the chairman of the court, resumed proceedings in the case against Navalny in connection with the decision of the ECHR, but upheld the verdict. It was this verdict that became the formal basis for the recent arrest of Navalny, who was accused of failure to appear at the Moscow Penitentiary Inspectorate, which was one of the conditions of the suspended sentence.