The Republic of Pakistan is a state in South Asia, formed in 1947 as a result of the partition of India. It is the sixth country in the world in terms of population. The traditions of Pakistan are largely reflected in the diversity of the original cultures of the peoples living here: Pashtuns, Punjabis, Sidhis, Muhajirs, Saryaks and other ethnic groups live here. 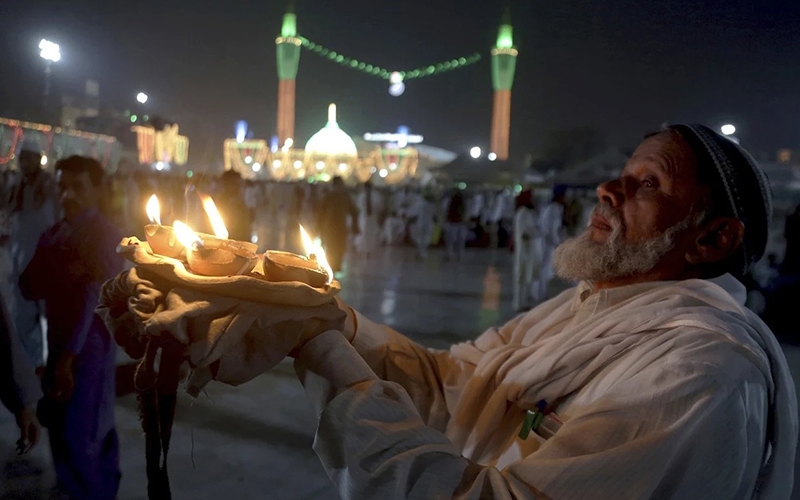 Religion plays a leading role in shaping traditions, customs and mores in Pakistan. Most of the population (about 90%) is Muslim. There are a huge number of mosques in the country, the locals are very religious, and strictly observe the canons of Sharia, which read:

In many Muslim countries, there are a number of taboos, somewhat strange for Europeans, due to the Koran. So, it is forbidden to touch the head of a person (especially a child), point the soles of shoes at people, men are not allowed to enter the female half of the house. It is customary to bathe only in running water, so there are practically no baths in Pakistani homes anywhere.

Among the unusual traditions of Pakistan are rituals inherent only in the Islamic religion, which can be called dangerous to health, and even to life. So, on the 10th day of the first month according to the Islamic calendar, men carry out mass self-flagellation with chains with blades attached to them. The wild ritual of female circumcision has not yet been eliminated in the country, which, according to adherents, contributes to the preservation of marital fidelity. The clitoridectomy operation, which is usually carried out in unsanitary conditions, is fraught with infertility, and often leads to death from sepsis. 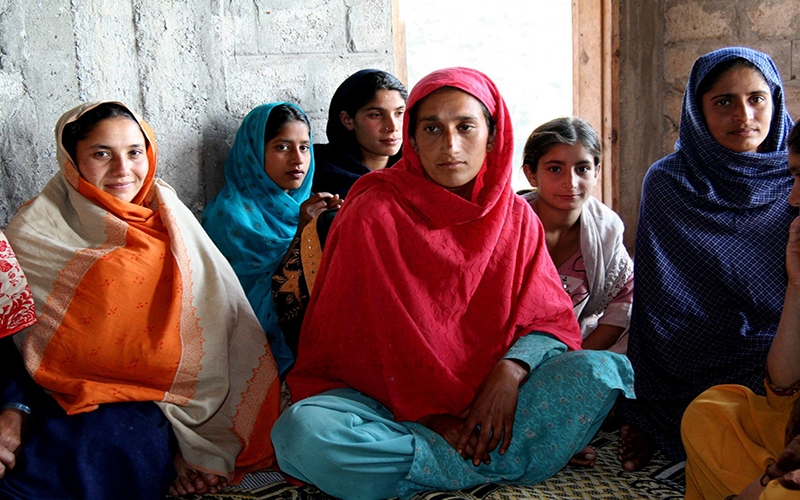 Pakistanis are very friendly and welcoming people. For guests, they always have refreshments and a place to sleep. Despite the religiosity that reaches fanaticism, the locals are very fond of sports. The favorite in this regard is cricket: it is played by everyone, from members of the government to ordinary village peasants. Polo is also popular – a team sport in which riders on horseback move the ball across the field with a stick.

Pakistan is one of the few Islamic countries where women have equal access to public life as men, but within the family, women’s status is still determined by Islamic traditions. A woman’s clothing should be closed, a scarf is an obligatory element. The wife has the right to leave the house only with the permission of her husband, her main task is to take care of the household and children.

An important place in the life of Pakistanis is respect for elders. They are consulted on any serious issue, their opinion is taken into account on a par with the opinion of a clergyman (mullah) or a judge-official qadi. 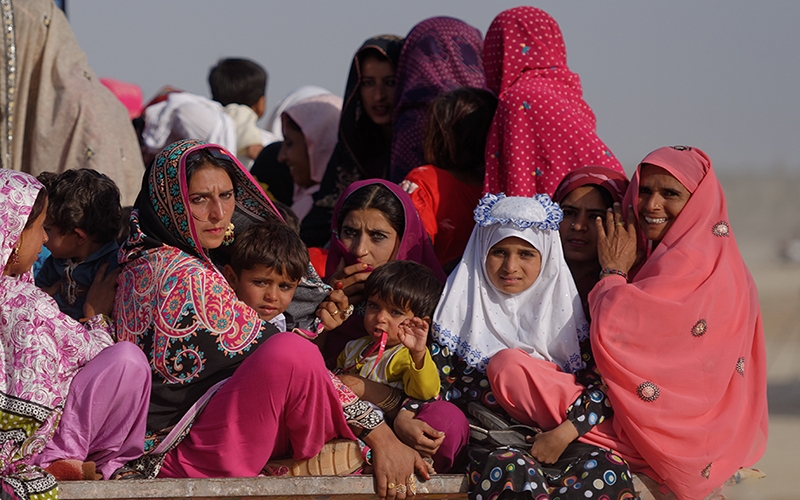 Although in the big cities of Pakistan most of the inhabitants today dress in European style, in the periphery they still wear national clothes. For men and women, it is the same – it is “shalwar-kameez” – loose-fitting trousers (shalvars) gathered at the ankles and a long shirt (kameez). A women’s suit is sewn from brighter fabrics, it is complemented by a scarf or scarf. On festive occasions, women wear saris, and men wear embroidered vests over their shirts, and a turban on their heads.

As in all Muslim countries, in Pakistan, the family has a special relationship: marriage here is a union approved by Allah between a man and a woman, and the families of the parents of the newlyweds are considered a single social unit where all issues are resolved jointly. In Pakistan, polygamy is allowed, but a man can bring a new wife into the house only with the permission of the eldest (first) wife. 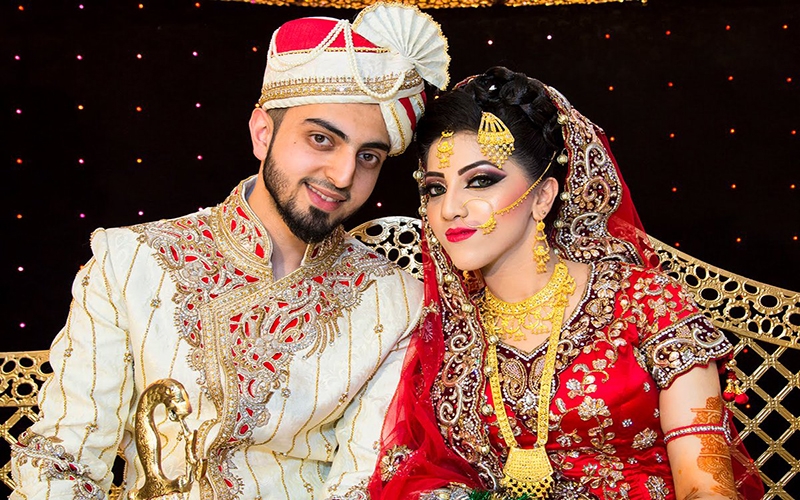 On the first day, the families of the bride and groom celebrate the upcoming marriage separately, each in their own home. This day is something like a prelude to a wedding, so a plentiful feast is not necessary, you can limit yourself to a buffet table.

On the second day, the “mehendi” ceremony is held – on the hands, feet, and sometimes the body of the bride with the help of henna (red-brown paint obtained from the dried leaves of lavsonia), drawings are applied, which are peculiar ornaments. It is believed that “mehendi” serves as a protection against evil spirits. 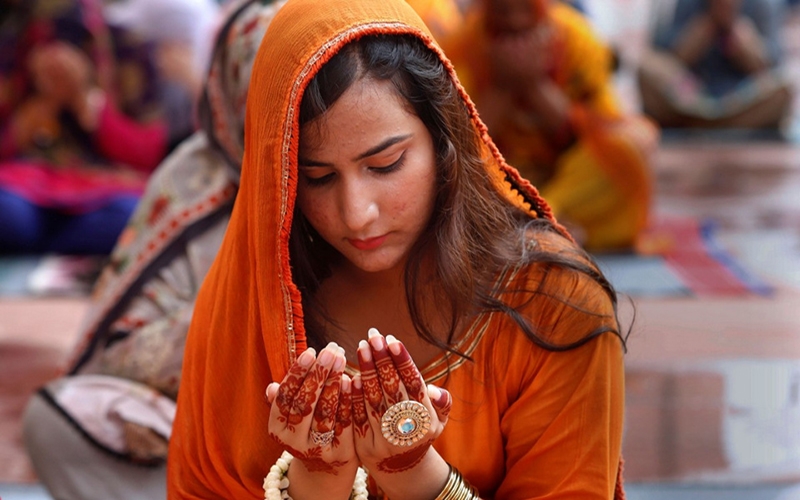 Third day – “baraat» ― most important in the wedding ceremony. On this day, the mullah goes to the groom, and, after reading prayers and a short lecture on the rights and duties of the husband, takes the consent of the groom to marry. At the same time, the necessary documents are signed, that is, the religious and official parts of the marriage ceremony are performed simultaneously. Then the same ritual is repeated with the bride. After that, the bride is taken to the groom, and the mullah declares them husband and wife.

On the fourth day, the newlyweds meet guests, accept gifts and congratulations already as a married couple.

The body is buried on the day of death, according to Islam, Muslims should be buried without a coffin. The deceased is brought to the cemetery on a special stretcher (tabut), which must be carried by men. Before burial, the imam of the mosque reads a funeral prayer (jenazah) over the deceased. Accompanying the funeral with loud lamentations is not accepted; it is only possible to mourn a Muslim for the first 4 days after his death. 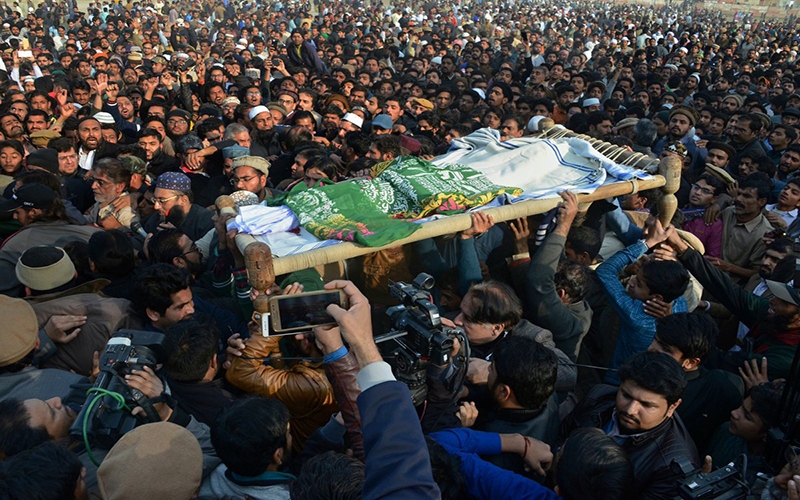 Sharia does not approve of rich tombstones and crypts-mausoleums. The monument should be modest in form and decoration, since everyone is equal before death. On the tombstone you can not write the name, date of birth and death, it is also not recommended to leave flowers, put lamps or candles.

The culinary traditions of Pakistan have been formed over several centuries, long before the formation of the Federal Republic as such, and include both elements of Indian cuisine and those adopted from other peoples inhabiting the country. The long-term stay of the country under the British protectorate also had an impact on the national cuisine of Pakistan. Hot Indian curry, juicy Lebanese kebab, Afghan sweets, English flatbread and panakelti can peacefully coexist on the Pakistani table today. 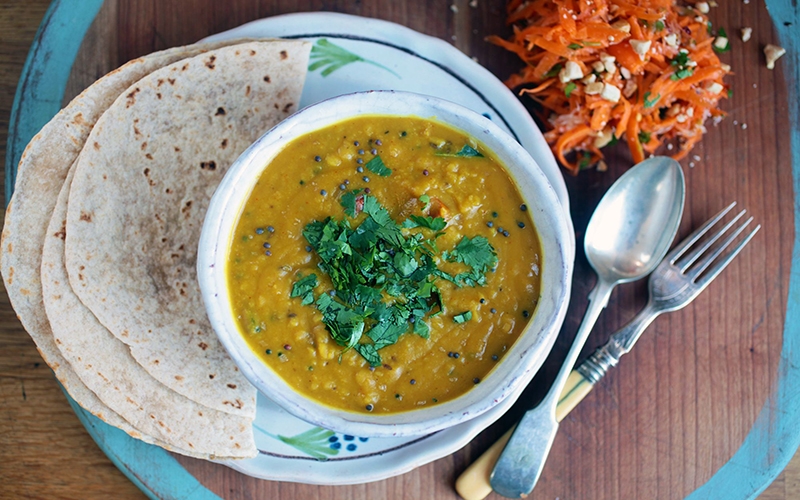 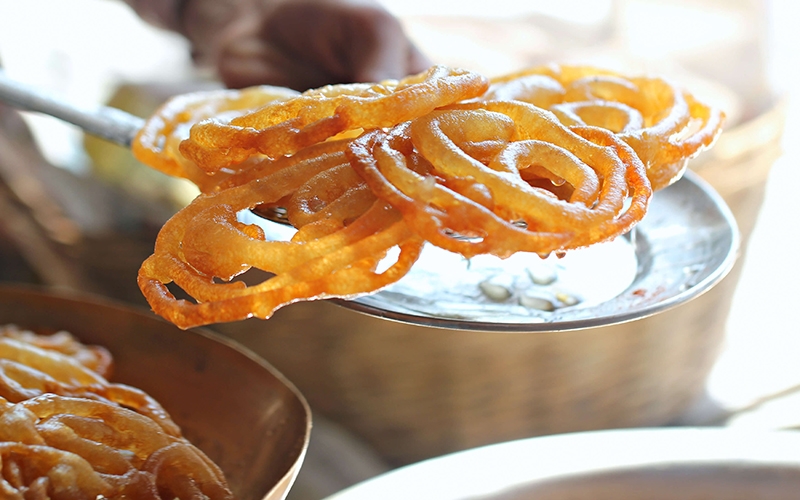