Animal rescue organization Wild at Heart from Mississippi (USA) has published on the Internet a touching photo of its head, Douglas Podzheka, who is hugged by an owl named Gigi. 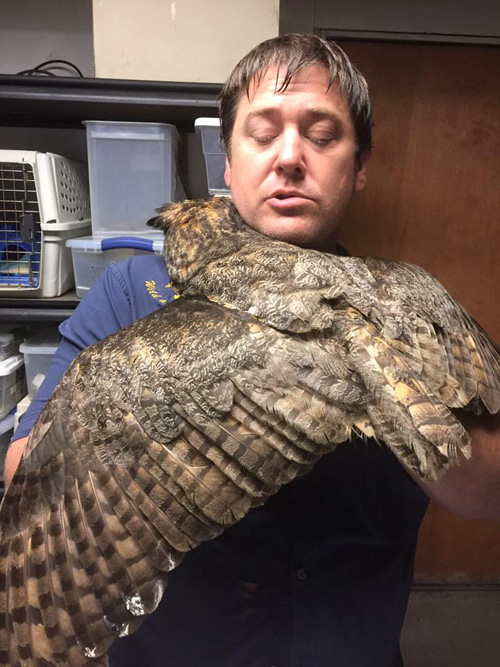 Douglas was just examining his feathered patient, who was injured, when suddenly the bird wrapped its wings around his neck in a grateful embrace. Owl joined the organization at the end of May with a serious head injury. It was a miracle that she survived.

Since Douglas took care of the wounded bird more than anyone else, she became very attached to her savior. At the moment, the condition of the owl has improved significantly, and soon it will be possible to release it into the wild. 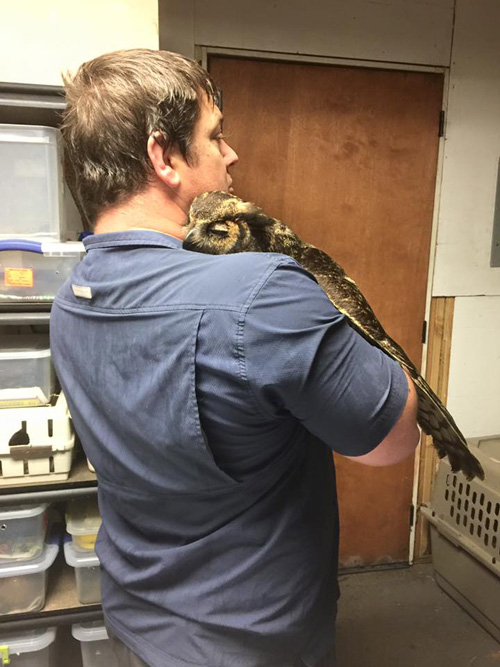 All employees of the organization were touched by the fact that the feathered predator turned out to be capable of love and gratitude.