Orthodoxy is one of the directions of the most ancient world religion – Christianity. Formed in Byzantium in the 1st century, Orthodoxy is currently the predominant religion in many countries of Europe and Asia, including Russia, Belarus, Ukraine, Moldova, Romania, and Bulgaria. Orthodox traditions, like all religious teaching, are based on the Old and New Testaments – collections of books that were written before Jesus Christ and after his coming. 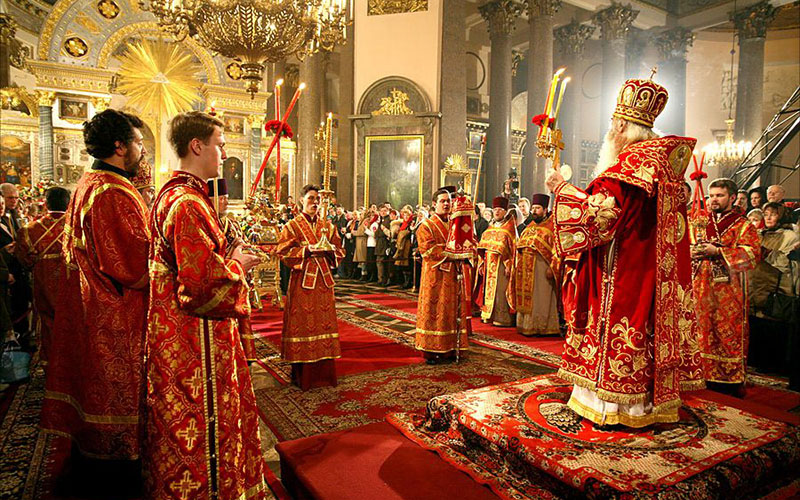 Dogmas of the Orthodox Faith

Orthodox religious traditions are based on four main dogmas – immutable truths taken on faith and determining the life of the church and all adherents of the Orthodox faith.

The first dogma is that Father, Son and Holy Spirit are not three gods, but three masks of one deity, radiating universal Love.

The second is that Jesus Christ is God who took on human flesh. When they turn to Him in a prayer of thanksgiving and ask to forgive all voluntary and involuntary sins, HE understands those who pray, since he himself felt all human physical and mental suffering.

The third is faith in the coming resurrection. Christ, after being crucified on the cross, conquered death and resurrected. Orthodox Christians believe that they can be resurrected in the flesh and enter into eternal life after the second coming of Christ.

The fourth dogma is faith in the church. It is possible to get closer to the Almighty only through the church; attending church services among Christians is considered a sign that God resides in a person’s heart. 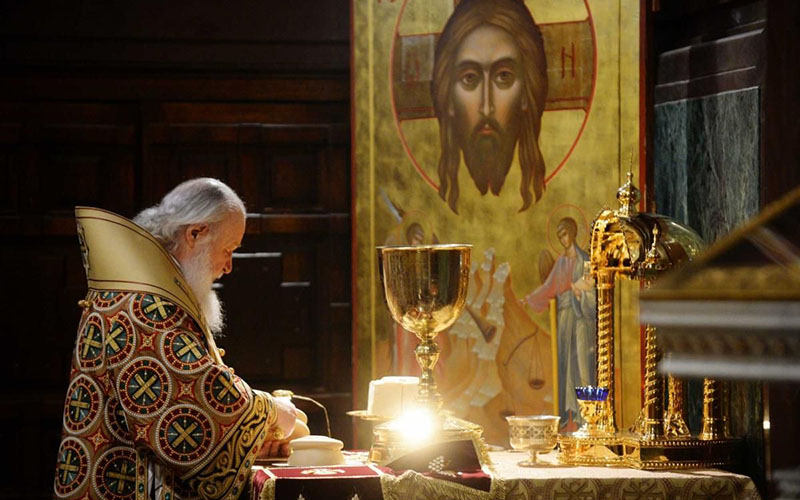 Orthodox church traditions involve observing fasts, repentance for sins before a priest (confession), attending solemn services on major church holidays. In everyday life, the Orthodox adhere to the rules bequeathed by the Savior: they try to live in love and harmony. One of the components of moral purity in Orthodoxy is such a balance of spiritual and bodily needs, when concerns about daily bread do not obscure spiritual quests. Even when preparing food, one should check the church calendar in order to know what day it is – fasting or fasting.

The most important holiday for Orthodox Christians is Easter. It was established in honor of the Resurrection of Jesus Christ, the date of the holiday is calculated according to the lunisolar calendar, on the first Sunday after the spring full moon. 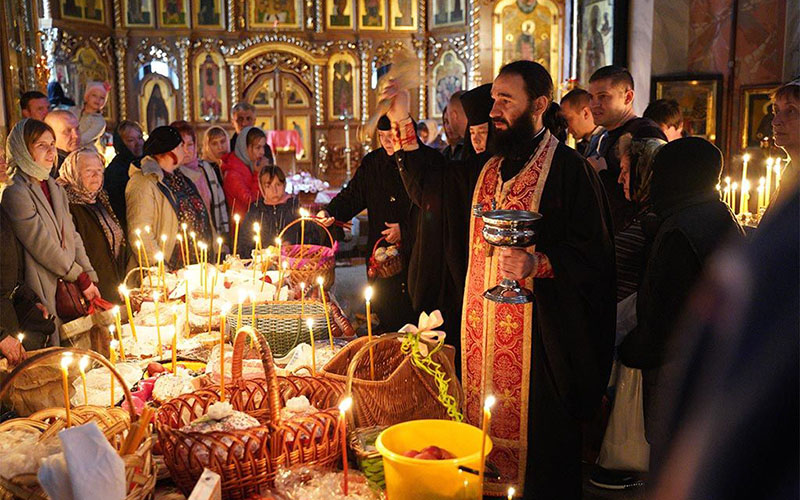 The traditions of the Orthodox faith include a cycle of the most important holidays after Easter, which are called the Twelfth. These include: 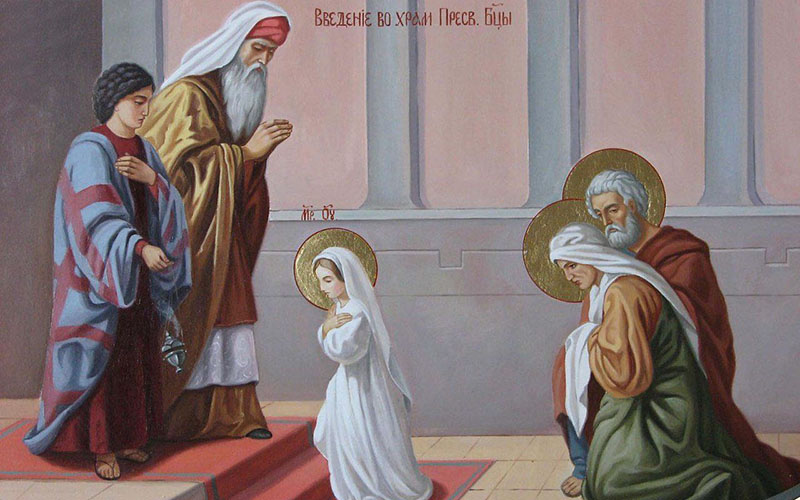 In Orthodoxy, there is a close connection between church and home life, and most of the family traditions prescribed in church canons are observed today. The father is considered the head of the family. His wife and children see in him the image of Christ, the protector, comforter and educator. The mother is responsible for the upbringing of children and serves as an example of morality and virtue for them.

One of the oldest and most strictly observed Orthodox traditions and customs is the baptism of children, which serves as evidence of a person’s becoming on the path of approaching God. The rite of baptism is performed by a priest. The child is dipped into the water of the holy font three times, accompanying the ritual with the reading of prayers, then a pectoral cross is put on the neck of the baptized baby as a sign that he has become a member of the Orthodox Church, and can take part in all church rites. 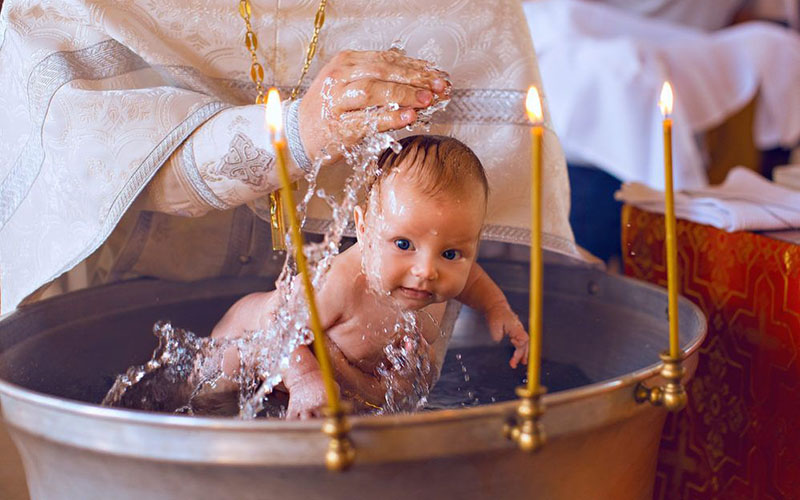 Traditional rituals of the Orthodox are also inherent in marriage. This is
matchmaking, bride-to-be, conspiracy, hen and stag parties, wedding, wedding feast and wedding night. Each of the rites is important and has a special meaning.

Matchmaking, bride and groom – this is the acquaintance and negotiations of the families of the bride and groom, the assessment of their moral and material merits. The stage ends with an agreement that consolidates the decision to create a wedding union.

On the eve of the wedding celebration, parties are held in the houses of the bride and groom as a sign of farewell to bachelor life: a bachelorette party, where only girls are invited, and a stag party, which is attended exclusively by young guys.

The wedding according to Orthodox traditions takes place in the church. The rite is performed by a priest, he reads prayers and lays wedding wreaths on the heads of the newlyweds. Then the young exchange rings and swear eternal love, after which they are considered husband and wife before God. 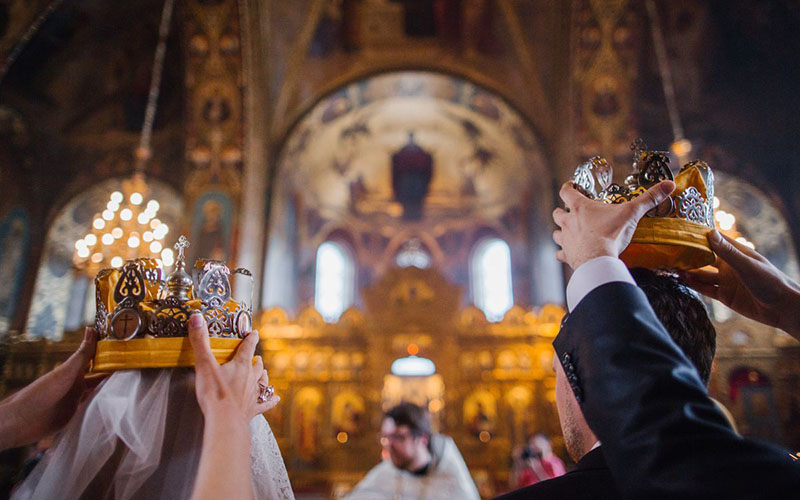 Orthodox traditions and rituals also apply to funerals. Earthly life in Orthodoxy is understood as preparation for the resurrection, eternal and imperishable life. After death, the human body rests, and the soul rushes to the abode of God. 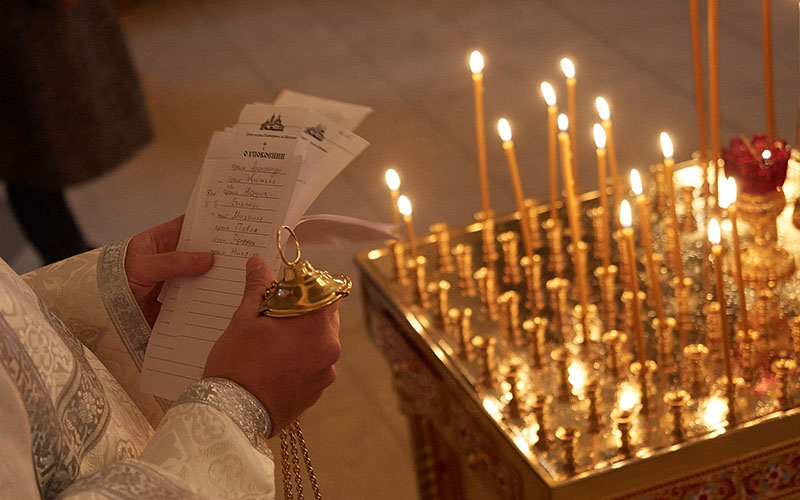 A commemoration serves as a rite of remembering a person and his good deeds, praying for the repose of his soul. They are held on the day of burial, on the third, ninth and fortieth day after death, as well as on the anniversary of death.