"Open media": Moscow authorities are preparing a cadet parade for May 6 with 12,000 participants 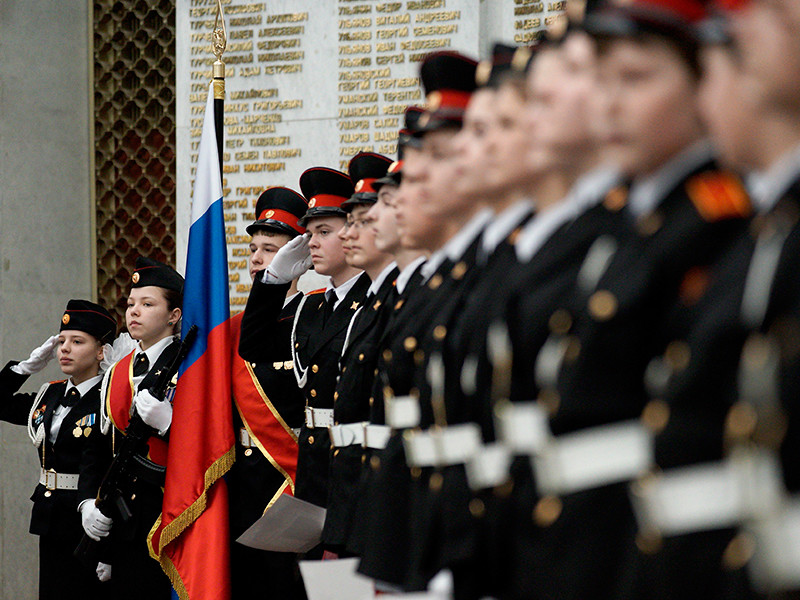 The Moscow Department of Education will hold a cadet parade in May, timed to coincide with Victory Day. The parade is scheduled for May 6 on Poklonnaya Gora and could be the first major official street event to mark the holiday after the coronavirus restrictions have been lifted.

Open Media found several contracts posted by the capital’s education department on a public procurement website. The celebration will cost the capital’s budget more than 20 million rubles. Last year, due to the coronavirus pandemic, the cadet parade was canceled and an online marathon was held with children and adolescents telling stories about relatives who took part in the war.

Most expensive for the Moscow budget will be the “comprehensive support of the parade”, 8.1 million rubles will be spent for this purpose. The customer is required to build a stage for performances and related structures for hanging screens, towers for sound equipment, provide the stage with personnel who will work there during the event, and then dismantle all buildings.

The authorities will spend another 7.9 million rubles on the technical means themselves: LED screens, acoustic systems, microphones, walkie-talkies, amplifiers for sound monitors, and so on. The mayor’s office allocates more than 4 million rubles for the creation of the creative program of the parade. For this, the Department of Education is looking for a director’s group, which will include the chief director-director, choreographer, artist (he must be a high-level professional or have state awards in the field of culture and art), as well as a microphone group.

The script should contain reminders about “the glorious present of the Russian state, the power and greatness of the Russian army, creativity, patriotism, love for the motherland, heroism that is drawn from the depths of centuries of great Russian history, the 800th anniversary of the birth of Alexander Nevsky, the 80th anniversary of the beginning Great Patriotic War”.

Among the performers must be at least one People’s Artist or one who has at least a million subscribers on any social network. A children’s choreographic ensemble must consist of at least 100 children aged 12 to 15 years.

In total, the application says about 12 thousand participants, including spectators. The entire celebration will be streamed online.

The full-time parade was last held in 2019, and was first held in 2015. The upcoming march will cost the Moscow budget almost two million rubles more than in 2019. At the same time, the last time the show was richer: a separate purchase was carried out for the equestrian show, and the parade participants were awarded with badges.

At the end of March, Defense Minister Sergei Shoigu said that military parades would be held in 28 Russian cities this year in honor of the 76th anniversary of Victory in the Great Patriotic War. More than 47 thousand people, about 1.6 thousand units of military equipment and more than 200 aircraft will take part in them.

The military parade in Moscow will be attended by over 12.5 thousand people, over 190 units of weapons and military equipment, 76 aircraft, the Minister of Defense noted. According to Shoigu, 35 models of new and modernized military equipment were included in the mechanized convoy.

The Kremlin also expressed its readiness to hold the Immortal Regiment march in person.

By the beginning of the May holidays, the authorities plan to lift the coronavirus restrictions. However, at the end of March, the Ministry of Health predicted a third wave of coronavirus if a quarter of Russians did not receive the COVID-19 vaccine by May. In Moscow, according to official data, by the end of March, only a million people (less than 9% of the capital’s population) received the vaccine.

According to the infectious disease specialist Yevgeny Timakov, in the middle of spring a new wave of the epidemic may be caused by the “British” strain of the coronavirus. Therefore, it is more logical to plan large events for the summer, the expert believes.

The Department of Education told Open Media that this year it is planned to reduce the number of spectators of the cadet parade, and the final decision on the format of the event will be made based on the epidemiological situation in the capital.

According to the deputy of the Moscow City Duma Yekaterina Engalycheva, officials once again demonstrate a policy of double standards, when they are allowed to hold pro-government events, ignoring epidemiological precautions, but punish citizens even for single pickets.

In 2020, the “Project” wrote that during the rehearsal of the parade on Red Square, several hundred soldiers who came to participate in the march from different regions became infected with the coronavirus. A wave of diseases also passed through the cadet schools, whose students were also preparing to take part in the subsequently canceled parade. After several rehearsals, on April 17, it became known about the infection of 31 cadets of the Nakhimov School (the Ministry of Defense later denied their participation in the preparation for the parade), then, on April 25, about 8 cadets of the Tver Suvorov School. On April 26, the Ministry of Defense reported 900 infected military personnel and cadets, and on May 1 it updated the data – the number of cases increased to 2,482. Soon after, Vladimir Putin signed a decree prohibiting the military from disseminating information about themselves in the media and social networks.

By May 12, the number of military personnel, cadets and employees of the Ministry of Defense infected with coronavirus reached 3.3 thousand people. But at the same time, the authorities continued not only to prepare the parade, but also to carry out the spring call.