Oncology? There was a shocking version of Malakhov’s baldness 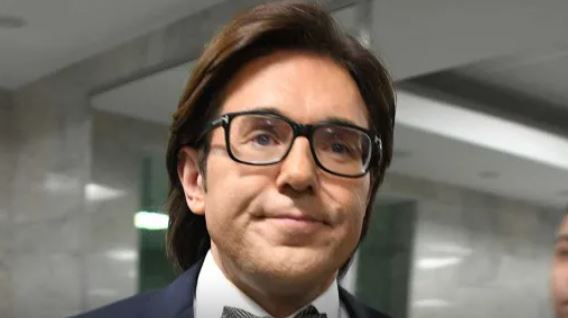 The fact that the showman is forced to wear a wig has been discussed for a long time. Now, however, viewers are almost certain of this. The fact is that on the air, the 49-year-old presenter looks rather strange with a wig.

Colleagues of Andrei Malakhov on the show “Live” on “Russia 1” are also perplexed. “We think of anything, but we are embarrassed to ask,” one of the employees of the popular “Express Gazeta” program is quoted as saying.

Journalists put forward three main versions of why the showman needs a wig. First of all, in their opinion, the screen star may have serious health problems. Recall that Andrei Malakhov was taken to the clinic more than once in serious condition. In particular, 15 years ago, the showman was in intensive care due to an overdose of sports nutrition. And in 2007, he picked up a virus in Africa, and he was admitted to the hospital.

There was no talk about Andrei Malakhov suffering from cancer then. But around the age of 50, some have thinning hair. Sometimes you have to get rid of them with cancer, during chemotherapy.

Affects hair loss and heredity. However, it is not known whether Andrei Malakhov’s father, who died in 2006, had hair problems. There is information that the man died at the age of 59 from heart problems.

There is also an assumption that the TV presenter is tired of wearing the same hairstyle, so he uses wigs. Perhaps he was simply unsuccessfully cut. We will remind, earlier fans noticed that Andrei Malakhov lost a lot of weight.