On the way to the vet, the parrot managed to escape from the owner twice.

An elderly New Yorker (USA), who took a tame parrot to the vet, wasted a lot of nerves. 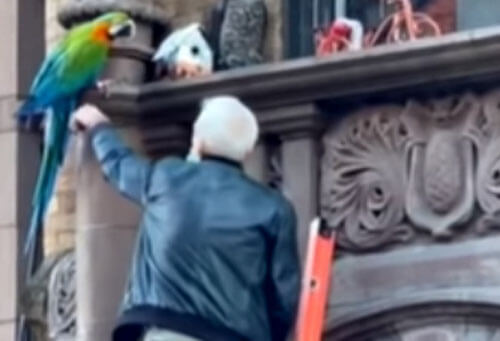 A bird named Dylan ran away from the owner and sat on the ledge of the building. The man reached the pet using a ladder and put it on his wrist, but the crowd of onlookers began to applaud, and the nervous parrot flew away again. 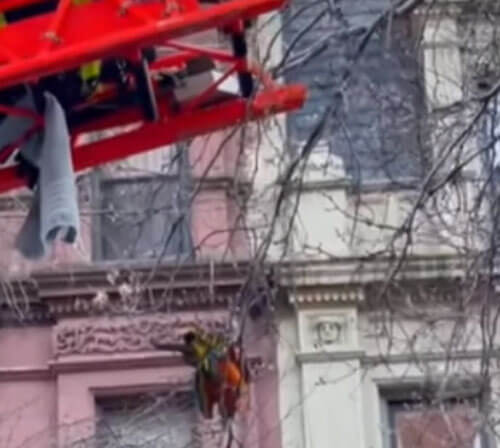 At this point, I had to call for help from the firefighters, who caught the naughty bird. This time the eyewitnesses were very quiet so as not to frighten Dylan away, and he was successfully reunited with the owner. Some noted that observing the capture of a parrot was the best distraction during the entire quarantine period.

See also: The parrot is sure that unfriendliness should be punished