On the set of the film with Alec Baldwin, the cameraman was killed and the director was injured 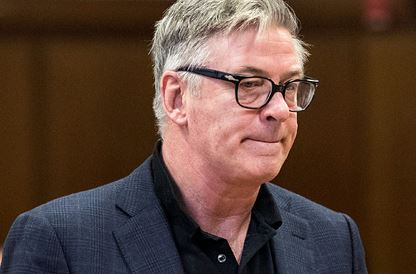 On the set of Alec Baldwin’s film Rust, a cameraman was killed and the director injured in a shooting incident. This was reported by RIA Novosti with reference to TMZ.

The pistol that was used as props had to be loaded with blank cartridges. However, at the time of the shot, a bullet or shrapnel hit two people nearby. They turned out to be the film director and cameraman. The director of the picture was damaged by the collarbone, the operator in critical condition was taken by sanitary aviation to the hospital, where she died of her wounds.

Neither Baldwin nor the other actors were injured during the incident. Now the police are finding out why the gun was fired and other details of the incident. Filming is temporarily suspended.

Previously, DC star of the movie, American actor Jason Momoa spoke about the injuries sustained on the set of the new film Aquaman: The Lost Kingdom. In a conversation with TV presenter Ellen DeGeneres, he shared that he ruined his eyes, and now he will need surgery. In addition, he suffered a hernia and lost several ribs. “I got it!” – said the 42-year-old artist.