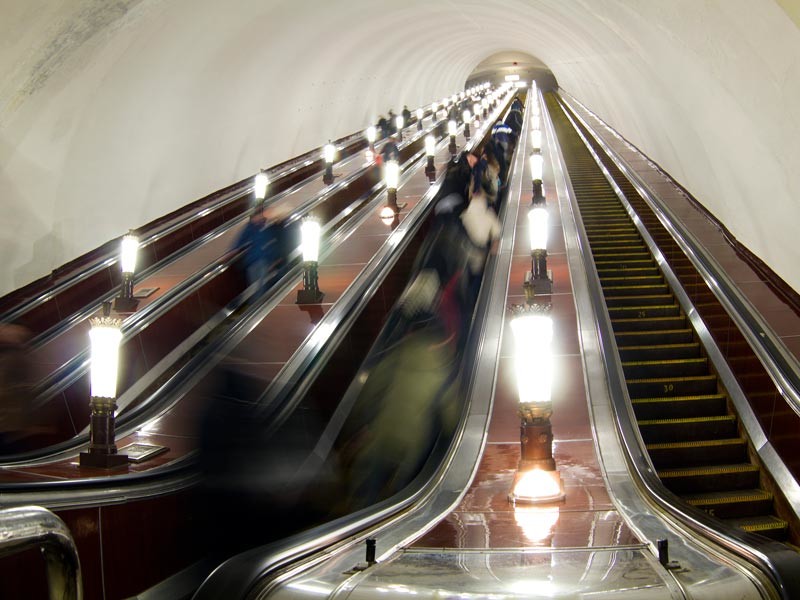 On the day of a new protest rally in support of Alexei Navalny, scheduled for January 31, the Moscow authorities will close seven central metro stations at the entrance and exit.

From 8 o’clock in the morning the stations Aleksandrovsky Sad, Okhotny Ryad, Teatralnaya, Ploschad Revolyutsii, Kuznetsky Most, Lubyanka and Kitay-gorod will be closed.

Pedestrian traffic will also be limited. According to the press service of the Main Directorate of the Ministry of Internal Affairs of Russia in Moscow, this will be done “in connection with calls from the media and the Internet from citizens to participate in unauthorized actions.” All restrictions will be in effect until further notice from the police, Interfax reports.

In addition, in the center of the capital, some shops and cafes on the streets, which are planned to be closed on the day of the action, will be closed, the head of the department of trade and services Alexei Nemeryuk told TASS. The sale of alcohol and soft drinks in glass containers will also be limited. “This Sunday in the city center will be closed cafes, restaurants and other catering establishments, as well as trade. Also, in the city center, the sale of alcohol and drinks in glass containers will be stopped from 09:00 to 23:00,” Nemeryuk said.

These restrictions on the day of the action in support of Navalny will be in effect from 8 am and “until the special order of the police” https://t.co/JV6hoeJ0ED

On Friday, January 29, the Russian Ministry of Internal Affairs again warned the Russians about responsibility, up to and including criminal under the Criminal Code article on mass riots, for calling and participating in unauthorized rallies, demonstrations, processions and pickets. The ministry noted that for organizing mass riots, accompanied by violence, arson, the use of weapons, explosive devices, explosives, poisonous or other substances and objects that pose a danger to others, as well as for providing armed resistance, a representative of the government faces punishment in the form of imprisonment for term from 8 to 15 years (article 212 of the Criminal Code of the Russian Federation).

And participation in the riots listed above is punishable by imprisonment for a term of 3 to 8 years (Article 212 of the Criminal Code of the Russian Federation).

– Website of the Ministry of Internal Affairs of Russia (@mvd_official) January 29, 2021

The Prosecutor General’s Office of the Russian Federation also warned the citizens of the country that the provocative and violent actions of the participants in the uncoordinated actions planned for Sunday, January 31, could be qualified under the article of the Criminal Code on mass riots. In addition, the supervisory authority noted, “the involvement of minors in these illegal activities may constitute a crime under Article 150 of the Criminal Code of the Russian Federation (involvement of a minor in the commission of a crime).