The day before, blogger, actress and influencer Olga Nechaeva solemnly opened her LeMousse cosmetics boutique in the Afimol shopping center, which has already been dubbed an island of female happiness.

Despite the working day, a huge number of people gathered for the opening, surrounding the founder of LeMousse in a dense ring.

“They stood and did not disperse throughout the whole time. And this is on weekdays, during rush hour! As one star says – my people are always with me! ”, Olga later shared her emotions. 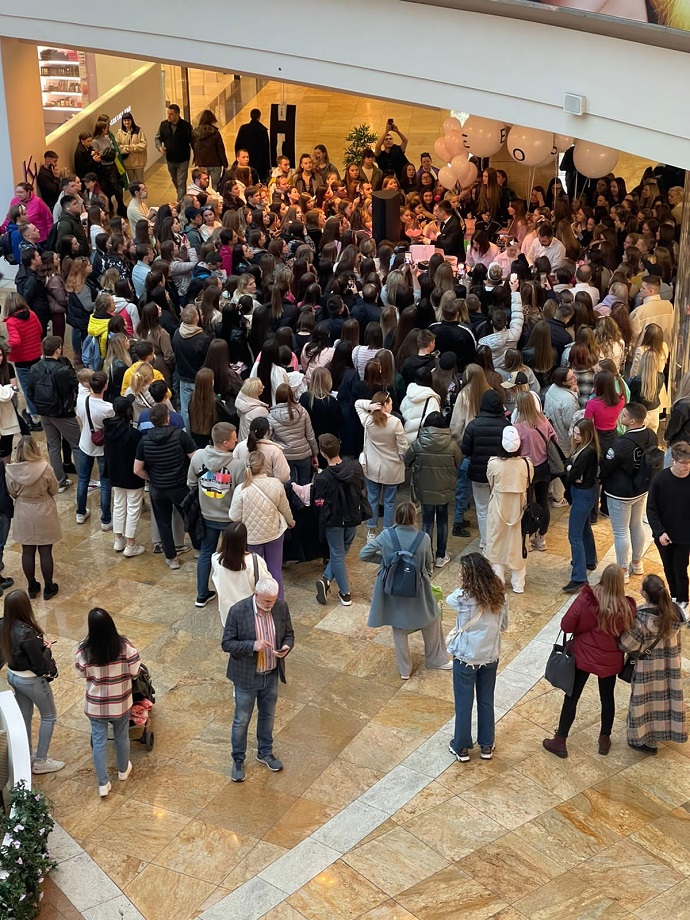 And it should be noted that such interest in the discovery was not accidental, for at least two reasons.

Firstly, LeMousse skin care products made from natural ingredients have long won the love of customers and have collected a huge number of rave reviews. It does not contain any impurities and flavors, which is especially valuable.

And, secondly, until recently, LeMousse could be ordered exclusively in the online store, but now cosmetics can be touched, listened to, literally felt by the skin before buying.

Well, it is worth adding that within the framework of the opening there was a win-win promotion with gifts, which was a pleasant surprise for the guests of the event.