Olga Buzova thought it was easy to perform on ice 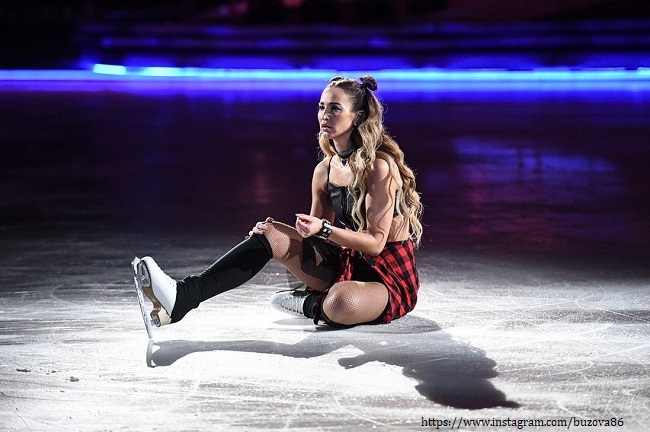 The presenter and singer Olga Buzova tries not to think that a person with the surname Tarasova gives her low marks.

The star is sure that she performs well for a person who has never been involved in figure skating before. As it turned out, at first the TV presenter was frivolous about this sport. "I was sure that there was such lightness, it all looks so beautiful. Therefore, when I came to training, I immediately told Dima: "Come on without warm-ups, right on the ice." Later I realized how difficult it is, hellish work", - emphasized Buzova.

The pair's first performances caused a mixed reaction. Dmitry and Olga immediately became the leaders of all audience polls, but the judges were skeptical about the work of the stars. "I did not draw parallels with the fact that a person with the surname Tarasova gives me low marks. But I'm okay with criticism and negative comments if they are objective. I'm learning", - emphasized Buzova on the air of the show" Evening Urgant "on Channel One.

Now the TV presenter and skater train a lot. They learn new numbers, come up with unusual elements. However, Buzova does not deny that she still has a lot to comprehend in this sport.

It was rumored that Soloviev was not very happy to speak with the most talked about girl in Russia. However, the athlete denied such speculation. "There was no such thing that I refused to work with Olga! I liked this idea immediately. I find this an interesting experience", - Dmitry emphasized.

Of course, Buzova and Soloviev are determined to win, although both understand that the fight will be difficult. The couple has many worthy competitors, and the jury's criticism only warms up the situation. And yet the stars do not intend to give up. Olga proved to everyone long ago that she can fight for her place under the sun, and in the case of the Ice Age, the artist is not going to deviate from her own principles.