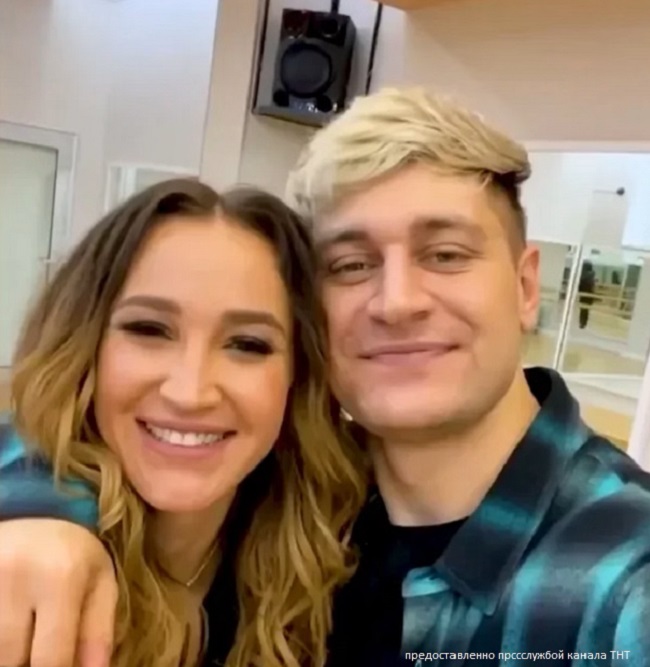 The star of the show "House 2" always spoke with tenderness about her beloved. The couple celebrated each anniversary of their relationship with romantic evenings and luxurious gifts. Recently, however, a black cat seemed to run between them. In secular circles, they whispered about the possible parting of lovers due to frequent quarrels. In addition, the artists began to appear together less and less at social events.

Today David seemed to have finally refuted the speculation. He published a joint photo with the singer, accompanied by touching words. "For anyone else, but for me it's not just October 17 .. Someday I will definitely share about this day with you, family ... ", - wrote the rapper.

They began to congratulate the stars on their engagement, but Buzova herself quite emotionally answered the question about the date that Dava mentioned. "I don't even know ... Unfortunately, I cannot be responsible for the actions of other people, I can only be responsible for my words and deeds. I live for you, my heart is always plowing, but there are some of my personal situations that I kept, it was our secret. Therefore, from today I have nothing to do with it", - the artist said in a trembling voice.

Now it became clear that so 27-year-old David simply decided to smooth out another conflict with his chosen one. He accompanied his post with the hashtag #remember. Fans immediately began to wonder what the performer's boyfriend was hinting at. "Maybe on this day David moved to Olga? ”; "On October 17, Buzova refused two finalists of" Plan B", - wrote netizens.

However, many have guessed that last fall Olga showed the ring in the same place. The couple then enjoyed a trip to Italy, where David apparently proposed to the star. "If there was an engagement, I would have recorded this fact in a story. Not fixed, which means there was no engagement!"- Buzova denied.

Nevertheless, the artist admitted that they have a very serious attitude and the romance may well end with a magnificent wedding. "I am his first great love in life, - said Olga. “And he doesn't doubt himself, me, or us for a second. At first I was a "hedgehog". But then, when we began to get to know each other, I had a completely inexplicable feeling that we would be together all our lives.".