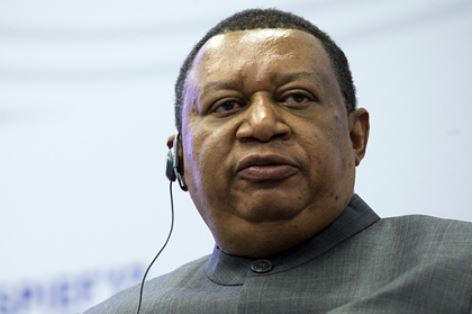 The Secretary General of the Organization of the Petroleum Exporting Countries (OPEC), Mohammad Barkindo, said Europe’s attempts to stop using fossil fuels in the energy industry had reached “hysteria”, Bloomberg reported. This, according to the Secretary General, explains the rapid rise in gas prices in the region.

Barkindo is convinced that Europe’s climate policy has been unsuccessful, as for the sake of the energy transition in the region “necessary investments” in the oil and gas industry, even in developing countries, have been reduced. “The wrong steps are being taken for the energy transition. Accordingly, this is already making itself felt, “- said the head of OPEC at the Energy Intelligence Forum.

Barkindo denies that the oil-producing countries are to blame for the energy crisis. According to him, the recent decision to maintain the same rate of increase in production, as well as the agreement to cut production during the pandemic, shows OPEC’s desire for a stable equilibrium in the market. On behalf of the entire organization, Barkindo called on “the main pollutants, that is, the main producers of emissions, to stop and work on durable solutions” during the UN international climate summit in Glasgow in October.

Press Secretary of the Russian President Dmitry Peskov shares this point of view on the causes of the energy crisis in Europe. He stated that a comprehensive approach is needed for energy policy, which is practiced, for example, by the Russian authorities. In his opinion, Europe did not take into account possible climatic processes. “The wind has decreased and the generation has decreased,” Peskov commented. He added that countries had to fill the resulting deficit from other sources, but resources were insufficient.

Oil prices rose sharply on October 4 after OPEC + members agreed to maintain a moderate pace of production increases. The countries-exporters of petroleum products made this decision despite the fact that the world’s reserves of fossil fuels are sharply reduced and a number of states are asking to expand supplies. By the time the news was published, the price of Brent crude on the London ICE exchange had already reached $ 81.2 per barrel (December futures). WTI November futures are trading at $ 77.4 per barrel.