Oil prices approached a two-year high of $86.6 per barrel 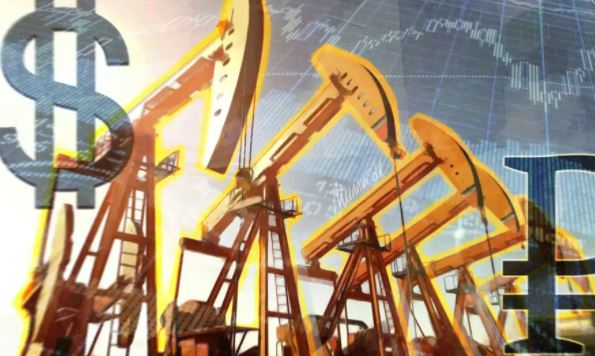 Experts from the financial analytics department of the FBA “Economy Today” spoke about the reasons for the increase in oil prices, which approached the current maximum of $86.6 per barrel, and the situation on the foreign exchange market.

According to analysts, the oil market on Friday, January 14, closed trading on a positive note. Oil prices rose from $84 to $86.4 per barrel, in fact, they are very close to the current high of $86.6. Now oil is trading just below $86, but feels confident. Limited supply and stable demand continue to play their role here, plus the negative fears of market participants regarding the Omicron strain have not yet been justified. On the other hand, drilling activity is growing in America, so we can expect an increase in oil production in the US. China, in turn, is pursuing a policy of “pumping liquidity” and loose monetary policy to support the economy and resume its growth.

“The situation with coronavirus in China on the eve of the Olympic Games may play a role. Especially when you consider their “zero tolerance” for COVID-19. It is likely that they will now begin to actively fight outbreaks of the disease by introducing strict sanitary regimes and lockdowns. This, in turn, will hit the demand for oil very seriously, ”experts predicted.

Oil market players will be watching the Omicron situation in China very closely, the US oil inventories data, as well as the monthly reports from OPEC and the International Statistical Agency, which will be released this week. In the meantime, oil prices remain in a fairly wide range – 80-87 dollars per barrel of Brent.

Gold prices have not changed dramatically. It is traded in a fairly narrow range: on Friday – 1815-1829 dollars per troy ounce.

“On Friday, pressure on gold was exerted by the growth of the DXY index, it was able to rise above 95 points. Accordingly, the yield of ten-year US bonds recovered: after falling 0.7%, they rose again by 1.8%. On Friday, we received in terms of retail sales, which became somewhat negative for the market: in December they fell by 1.9%, although analysts had expected – 0.1%. This supported gold a little, ”experts said.

To date, no significant changes are expected in the gold market, since in the United States a day off is Martin Luther King Day. In the near future, according to analysts, gold will maintain a low-volatility range – 1760-1830 dollars per troy ounce.

On Friday, the national currency ended the day at 76.5 rubles per dollar. Now it is losing ground quite a bit, but continues to trade around the 76 mark. As analysts explained, first of all, market participants followed the negotiations between Russia and the USA, NATO and the OSCE, which eventually reached a dead end.

“Over the weekend, it became known that Russia began to transfer Iskander missile systems to the border, accusing NATO of supplying weapons to Ukraine. The alliance, in turn, accused Russia of having pulled troops to the border, and threatened with new sanctions that would fall under the main Russian banks, plus it was about a ban on OFZ operations and sanctions against top officials of the state. As a result, Russia is still waiting for a written response from the United States regarding the proposed security guarantees, which keeps the situation tense, and Western market participants do not rule out a possible escalation of the situation, so they are withdrawing foreign capital, ”the analysts commented.

All these factors maintain high volatility in the Russian foreign exchange market, the sharp fall of the ruble is holding back high oil prices. In the near future, the dynamics of the ruble will depend on the situation on the border with Ukraine and the dialogue with the United States, but for now it remains in the region of 72.5–77.5 rubles per dollar.