Ogorodnikov was surprised by a giant monstrous potato

Digging in his garden, Colin Craig-Brown suddenly felt that the shovel hit some solid object. 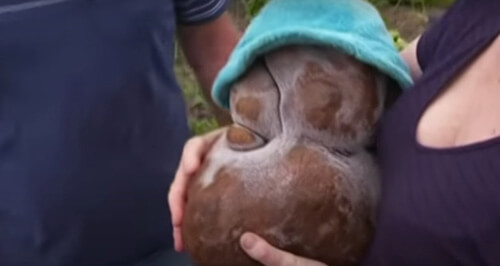 However, the find turned out to be not a stone at all, and after a while Colin and his wife Donna were able to admire the potato tuber extracted from the ground, strangely deformed and looking rather weighty. The weight of the potato is really impressive – 7.71 kilograms. Gardeners from New Zealand were surprised to realize that the monster tuber was quietly “sitting” and growing up in the ground for two whole years, because it was then that they planted potatoes for the last time. 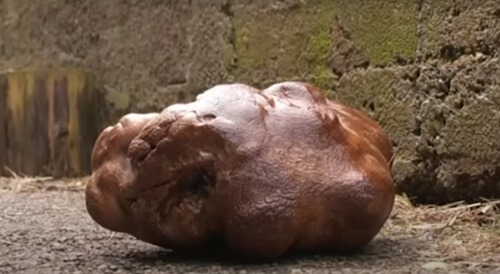 Now Colin and Donna dream that their harvest will be officially recognized by judges from the Guinness Book of Records, but this takes time, so while the tuber, which received the playful nickname Doug, is stored in the freezer, wrapped in film. If the names of the husband and wife get into the Guinness Book of Records, they promised to arrange a holiday in honor of the potatoes. By the way, the further fate of Doug has not yet been determined. Colin is a homebrewer and is considering converting the wonder potato into an alcoholic beverage. In addition, the gardeners jokingly state that they could make money by showing Doug to everyone for a small fee.