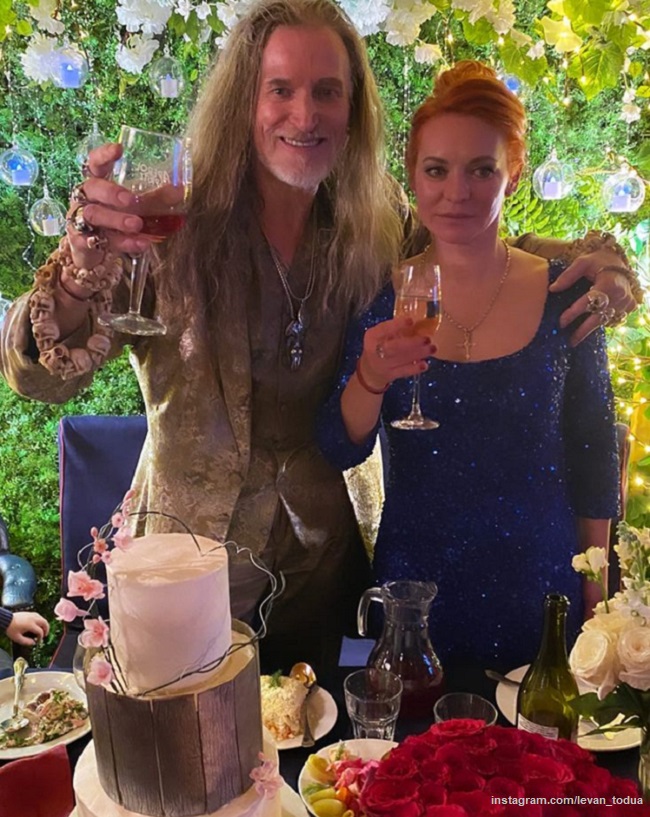 Recently Nikita Dzhigurda announced that he would marry his ex-wife Marina Anisina again. If you believe the words of the scandalous actor, they came to such a decision with the ex-lover just a week ago, and, responding to the tempting offer, Marina immediately returned from France, where she lives with their common children.

It was decided to set the wedding date for February 22, although initially Dzhigurda insisted on February 23. Indeed, it was on the Day of the Russian Army in 2008 that she and Anisina were married for the first time.

Until the last moment, almost no one believed that the shocking ex-lovers would really cement their relationship again. Still, they are one of those celeb who like to collect all the cream from high-profile topics. Nevertheless, the marriage was officially registered at the Griboyedov registry office in Moscow – under the flashes of cameras of dozens of paparazzi who wished to capture this moment. 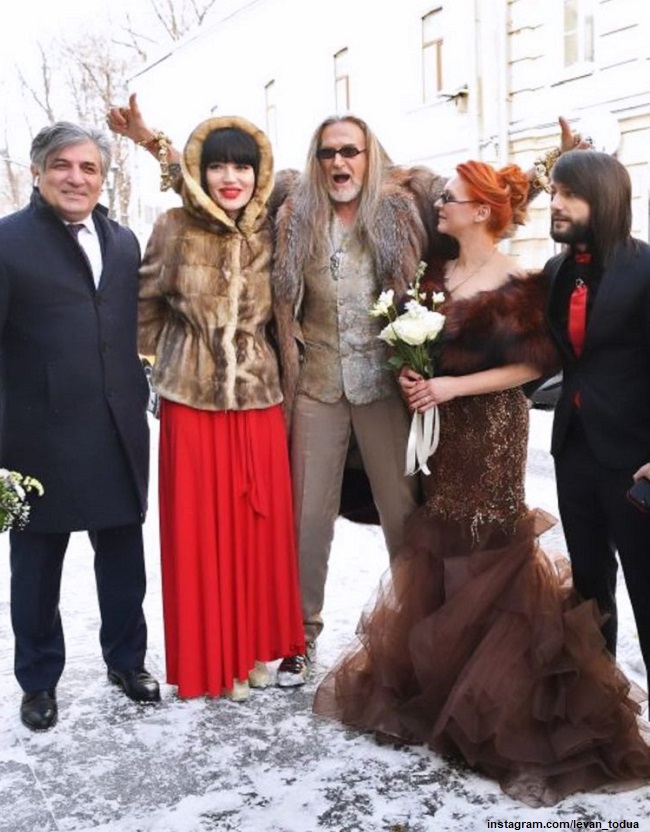 Anisina wore the traditional white dress only for the wedding with Dzhigurda. And for the first time she married him 13 years ago in bright mini and orange tights … Therefore, this time the Olympic champion in figure skating again abandoned white – in favor of a long brown dress, dark glasses and a luxurious fur cape.

By the way, at the restaurant, the newly-made bride changed her outfit for a more comfortable shiny blue dress. Dzhigurda remained in his no less attention-grabbing golden brocade suit by Vyacheslav Zaitsev. He just took off his fur coat to the floor, in which he was waiting for the bride at the registry office.

“Nikita and I always had a good relationship, sometimes there was something, but nothing. This year is so difficult, which is why I am all for family reunification! I think we should all stick together. With this pandemic, we generally had a prison“, – the athlete shared with journalists.

Of course, it is absolutely impossible to call this couple a standard wedding. Even in the registry office they were blessed by a familiar witch, and in the restaurant the lovers danced to the songs of the gypsy camp invited to the celebration. Many of those present were surprised by the moment immediately after the marriage, when Nikita grabbed the witness by the chest and said that he was “allowed to squeeze the girls.”

By the way, there were not so many guests at the star festival. But among them was the notorious lawyer Elman Pashayev, about whom the whole country learned about during the proceedings in the case of the “drunken” accident of Mikhail Efremov. Dzhigurda considers him the best in his field – and always supports.

Recall that the separation of the couple was accompanied by multiple scandals. Information surfaced about the artist’s addictions and about the skater’s unsuccessful pregnancy. And even that Anisina tried to divorce Dzhigurda so as not to interfere with his romance with a wealthy godfather.

Celebrities met in 2007, while participating in the “Dancing on Ice” project, where they performed in one pair. Feelings between Nikita and Marina arose immediately, and soon they decided to get married. By the way, then for the sake of the skater, the actor left his common-law wife Yana Pavelkovskaya.