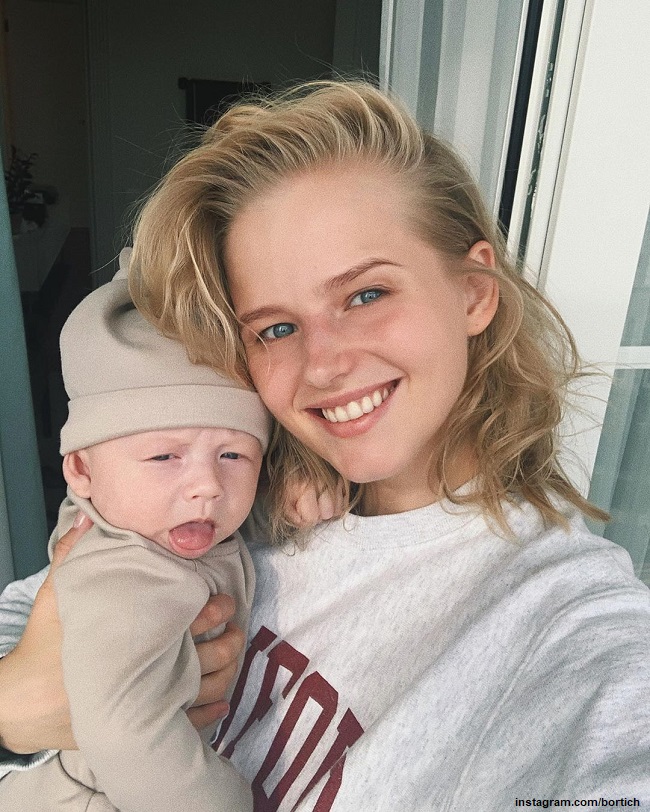 The star of the series "Policeman from Rublyovka", 25-year-old actress Alexandra Bortich published the first photo with a big belly. Apparently, the artist was captured just before childbirth.

Alexandra Bortich successfully hid her pregnancy until the appearance of her son, so fans never saw her pictures taken while waiting for the baby. Obviously, the artist decided to show how good she looked and with an impressive belly.

In the photo, the star of the series "Policeman from Rublyovka" posed in a light cape of a nude shade, under which the outlines of a naked body were guessed. The stylists styled Alexandra's hair in large waves, and also applied light makeup with an emphasis on the lips. As an accessory for the shooting, Bortich chose a necklace with numerous pendants.

The first touching frame was appreciated by the colleagues of the star, who admired how much pregnancy suits Alexandra. "What happiness! And what the power of life is in this!"- wrote Agata Muceniece."Very beautiful", - noted Yulia Topolnitskaya. Ida Galich left an emoji under the photo in the form of a smiley with heart eyes.

The fans have joined the celebrities. "Wow! Wow! Beauty! Die! Goddess! ”,“ You are Aphrodite! Very beautiful! "," Renaissance shot "," You really want to be a mother", - wrote the fans.

Recall that about a month ago Bortich gave birth to her first child. Not so long ago, the actress published the first frame with a baby and declassified the name of her son. The child's father was the beloved of a celebrity, with whom she met for a year and a half - the founder of the school of public speaking "The King Speaks!" and the son of the head of the investment group AVS Group - Evgeny Savelyev.