Modern civilization owes a lot to the welding process. Without welding elements, we would not have received transport, huge buildings, technological structures, mobile phones, etc. Despite the fact that this physical process has been used for many centuries, it does not stop its progress. Scientists from many countries continue to research and improve welding mechanisms, apply new techniques and make revolutionary discoveries in this area. 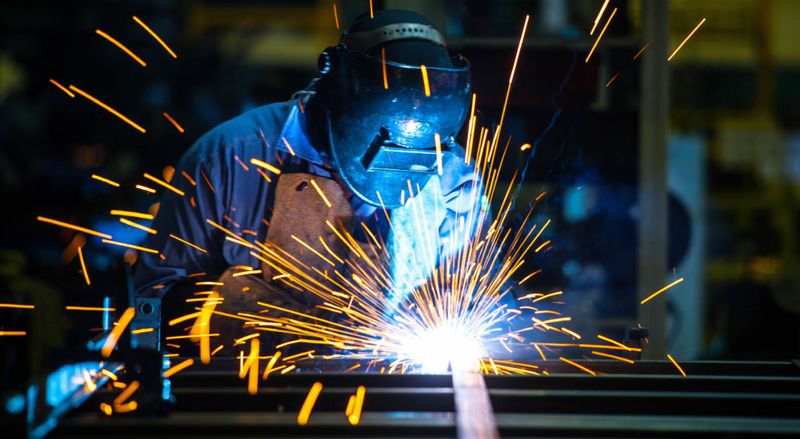 All developments in this area are aimed at improving the main process indicators at the lowest cost:

These types of welding machines have brought welding to a new – household – level. If before the invention of portable devices, such work was carried out mainly by highly qualified professionals, then portable technology made it possible to use them at home. 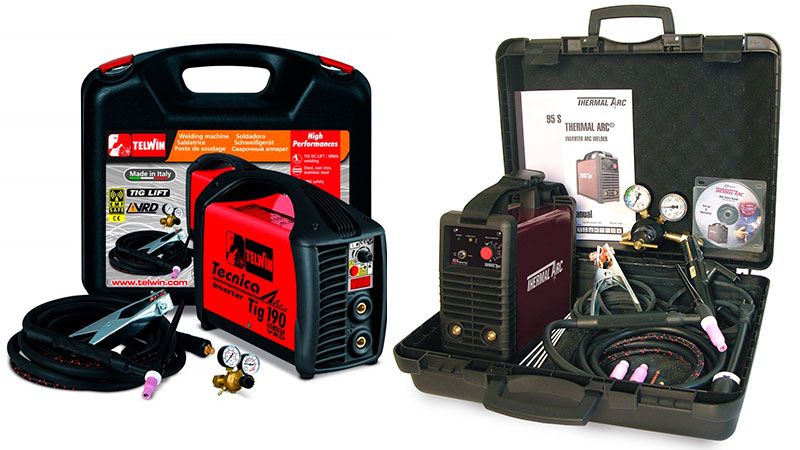 Firstly, such devices are very light in weight, which makes them easy to transport. Secondly, the manufacturers supplied them with a complete ready-to-use kit, not forgetting about the electrode feeding system (wires weighing up to 10 kg).

The main improvement can be considered the fact that the device has a built-in digital control system. On the display, everyone can indicate the basic welding parameters: the diameter of the wire to be laid, the type of gas, etc. Based on the entered data, the portable device adjusts itself and performs welding at a level sufficient for non-production welds.

The most primitive link during welding is considered to be a gas torch, but even small changes in this element have significantly improved the quality of the work performed. Modern burner designs are produced not only from new materials, but have a different outlet diameter, which is capable of working with non-standard temperatures and creating the required pressure.

The gas burners proposed by the scientists have become gearless and highly dynamic, with the help of them, even during a long process at the highest temperatures, a perfectly even flame can be obtained in which torches, flashes and pops will not appear. Because of these innovations, the work of the welder does not require frequent stoppages, which allows more work to be completed in the same time. 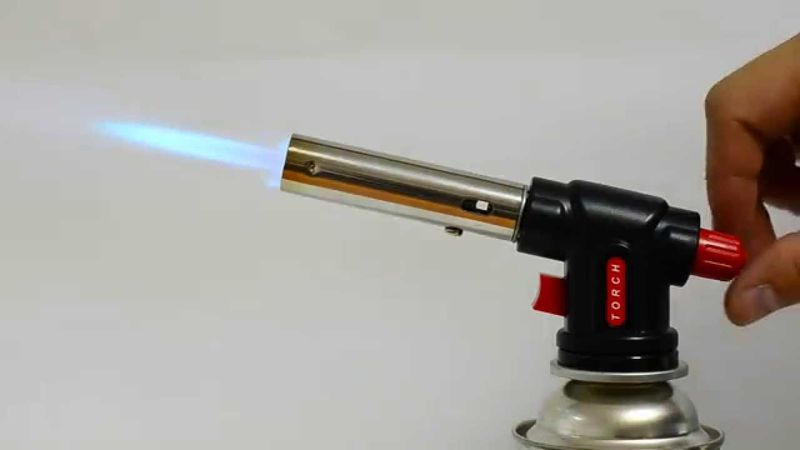 Units with multiple nozzles have been developed, which are used to connect large diameter pipes. Flame widths with linear burners can be up to several meters. This technology is often used for joining parts under water or in the air, where there is an urgent need to dramatically reduce the time to complete the work.

This method was developed for the automotive industry, but has found application in other industrial sectors. A hybrid laser is used to obtain high-quality welds when joining refractory steels when combined with carbon dioxide. This makes it possible to obtain perfect welds with precise control of the laser power in the range of 1.5 – 4.0 kW. 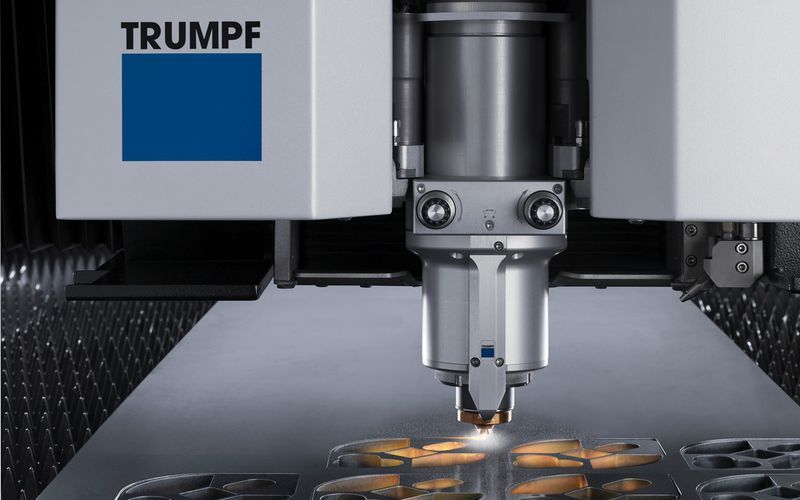 Another feature inherent in hybrid laser technology is the highest speed of the consumable electrode and the work performed – from 40 to 450 m / h. The thinnest sheets made from automotive steel can be processed with the same performance, which has led to financial support and improvement of this development by leading automotive corporations.

This technique was developed for large-sized structures, in the manufacture of which thick sheets of hardenable steel of such grades as 30HGSA are involved. The method is based on the fact that two different types of wires containing alloying (super-strong) components are used simultaneously during double-arc action. The diameter of such electrodes is 5 mm.

To ensure stable burning of the arc during double-arc welding, a ceramic flux is required, created on the basis of ANK-51A ceramics. It is with ceramic flux that this method shows the highest result and the formation of an ideal welded surface.

For certain jobs, a new gentle technology has been developed, which is very highly productive, but has a low cost price. During the process, special mixtures of protective gases are used: carbon dioxide combined with argon or a mixture of argon, carbon dioxide and oxygen. Compared to the traditional application of carbon dioxide alone, the resulting weld is smoother and flawless. 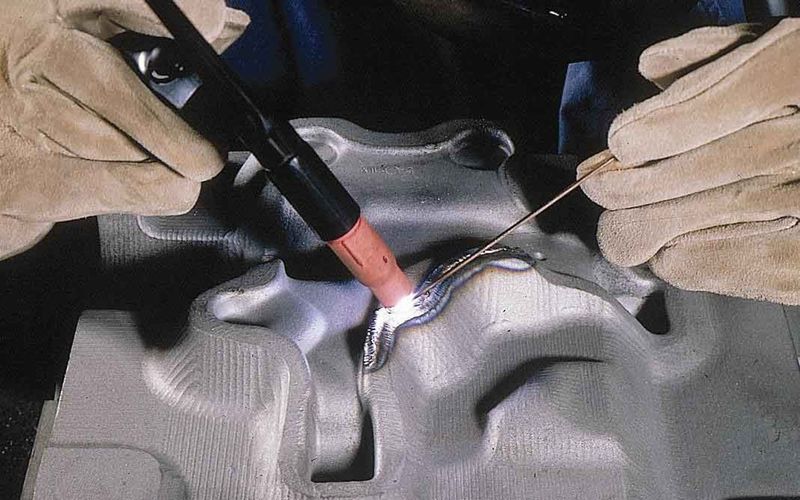 Another positive point is a significant reduction in the cost of the welding process: for an equal volume of made connections, fewer wire electrodes are consumed. The savings are about 20%, which on an industrial scale is a significant amount. In addition, during the welding process, the transition to weldable parts becomes very gradual and smooth. The professional welders who were involved in the initial tests of the gentle method emphasized that the spatter of electrode metals with a multicomponent gas mixture is significantly reduced.

This new method, which has become widespread in developed countries in a short period of time, owes its appearance to the launch of new high-speed trains on the railways. Two-component technology is a modified version of the injection molding process. It allowed to achieve results that were previously considered mutually exclusive: to provide the highest ductility of the seam joint, without impairing the wear resistance of the metal at the place of the weld. 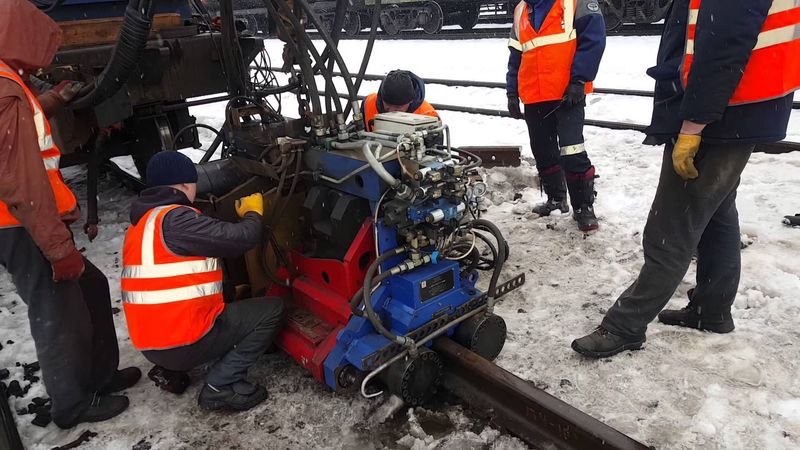 Technically, the two-component technique is difficult to perform, since it requires special preparation: there must be molten steel at the work site, which is carefully placed in liquid form in the gap between the rails. In order to give the compound an impressive viscosity, melt with low-alloy components is used. Wear resistance is increased through the use of ceramic fluxes, which allow alloying additives to be removed from the process after filling the weld joint. Ceramics are destroyed by high temperatures, and additives that strengthen the connection solidify on the surface, providing long-term operation without cracks and deformations.

This technology has found applications in the aerospace, automotive and semiconductor industries. This technique is highly specific and is used for objects with complex structural contours. It was first developed 50 years ago, but it has been significantly improved using a tungsten electrode. 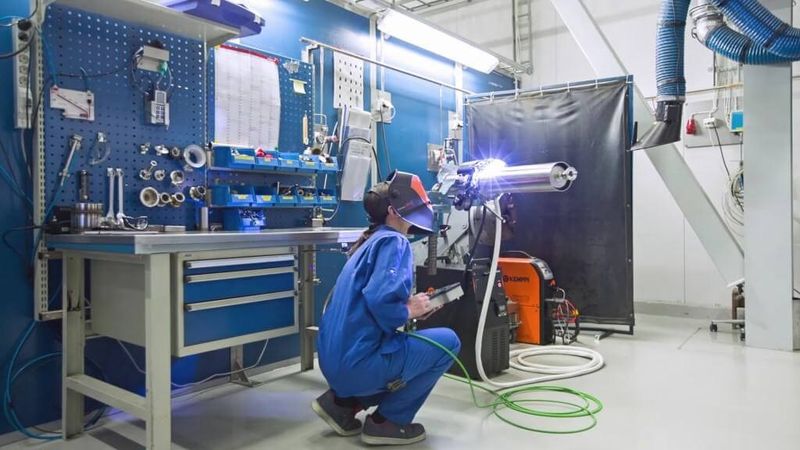 The main advantage of orbital argon-arc tungsten welding is that the consumption of activating flux with this method is record low: only 1 g of flux is consumed per 1 m of the weld. This makes it possible to carry out the process at a reduced current, which reduces not only the volume, but also the weight of the weld pool. In this case, the quality of the connection is adjusted in real time by adjusting the arc pressure.

This technique is successfully used when it is necessary to join heat-resistant, high-strength alloys, carbon steels, titanium, copper and nickel.

This technique is based on cold metal transfer. When they talk about cold transfer, they do not mean a really low temperature, it is just that it is much lower than in the classic versions.

The main difference is that the workpieces and the zone of the future seam do not heat up to maximum values, therefore, the heat input in the processing area is significantly reduced. Due to the fact that the metal does not overheat pointwise, severe deformation does not occur. The operation of the electrode is based on a controlled short circuit, which is terminated by quickly moving the wire out of the discharge zone and quickly re-returning it (up to 70 times per second). 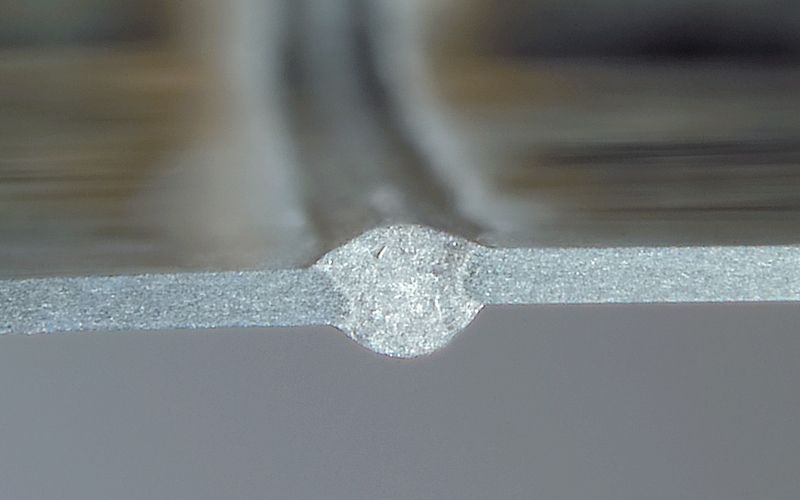 The application of SMT welding is carried out through automated systems that give very uniform and high-quality seams at the joints of galvanized or steel sheets with aluminum alloys.

In this case, welding is carried out with a short-circuited arc with systematic interruptions. As a result of this system, the seam is attacked by hot and cold impulses, which allows to reduce the pressure in the region of the arc entry. Similarly, metal transfer spatter is reduced.

Thus, with the help of SMT welding, a standard was reached, which was previously considered only theoretical. This is made possible by short-circuit control and complete absence of spatter propagation, which dramatically reduces the need for post-weld machining.

This method makes it possible to weld metals of various thicknesses, from the thinnest sheets to a seam depth of up to 20 cm. Plasma technology allows cutting simultaneously with welding.

The plasma method is based on an ionized gas that completely fills the space between two electrodes. It is through this gas that an electric arc of a certain power passes, providing a very strong effect. 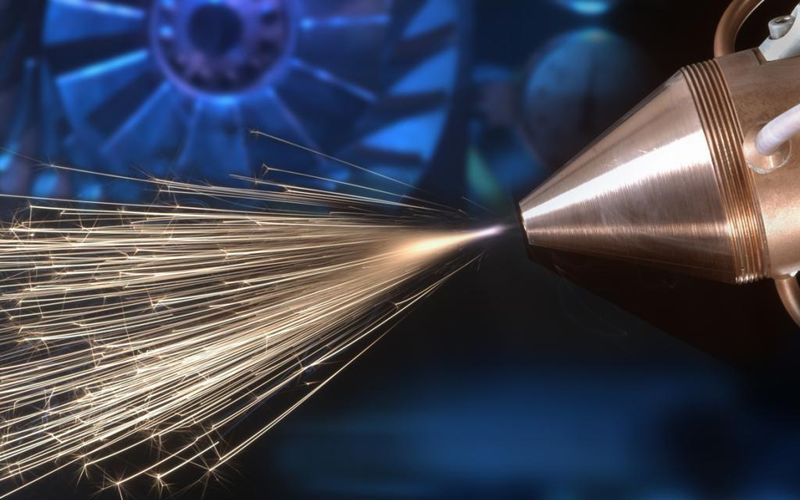 The use of a plasma generator is a complex process that requires high professionalism and professional skills, so it will not work for domestic purposes. A multifunctional welding system is created inside the generator, which can be used in highly specialized fields.

The most modern direction in welding technologies is rightfully assigned to computer modeling. It is equally useful for making joints of the smallest parts with complex contours and for large-scale work where it is necessary to manage huge areas and many welding machines.

If earlier large-scale work was carried out using many machines or a whole welding complex, then computer simulation allows you to have one functional unit with a branched periphery, equipped with many torches and nozzles.

Full automation allows introducing fundamentally new methods of welding, which are not available to most welders. In this case, the welders themselves functionally turn into operators who set all the necessary parameters to the computer, on the basis of which the program sets the optimal values ​​and controls the process. This approach significantly improves the result of the work performed.

Computer simulation of the welding process

New technologies have brought welding to a completely new level, which allows performing the welding process in record time with minimum labor costs and maximum results. At the same time, progress does not stand still, so it is quite possible that in the near future there will be systems that will work autonomously, practically without the participation of people. The development of such projects is already underway, and if the tests are crowned with success, humanity will soon be able to get new scales and concepts of welding production.