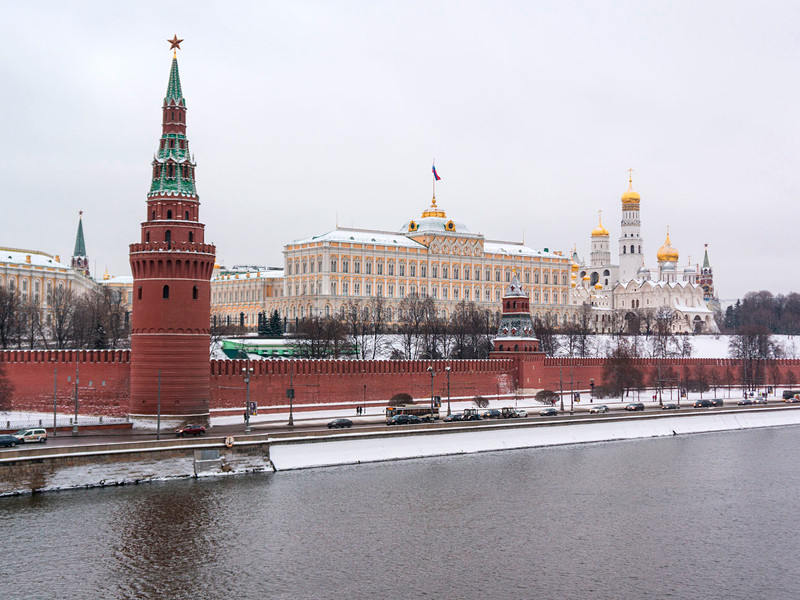 This money could be used to build 15,000 new hospitals in the country or to deposit 400,000 rubles into the savings account of every adult citizen of Russia. But instead, the oil rent leaked abroad: about 1 trillion dollars settled in offshores, and the authorities squandered another 609 billion on foreign policy adventures. Moreover, they brought international sanctions to the country and practically deprived the Russian Federation of allies.

The largest expenditure item from the geopolitical package is support for political regimes loyal to the Kremlin ($ 271 billion). For example, over 20 years of alliance with Belarus, various assistance to the country cost Russian taxpayers more than $ 109 billion. About $ 100 billion of this amount are fuel discounts provided to Minsk. Another $ 9 billion was given to the regime of Alexander Lukashenko as state loans.

Ukraine is in second place in terms of costs: over $ 100 billion in gas discounts were spent on discounts, hidden subsidies and state loans until 2014, as the then Prime Minister Dmitry Medvedev announced in 2014. The experts could not confirm the adequacy of these figures, since it is not possible to make more accurate calculations due to the closedness of the data.

In addition, Russia annually spends money to support the unrecognized pro-Russian republics: DPR, LPR, Abkhazia, South Ossetia and Transnistria. The amount of aid over the past 5 years, according to Novaya Gazeta’s estimates, could have reached 32 billion dollars. This includes pensions for residents, free electricity for businesses and other expenses. “Almost everything is delivered there free of charge – at the expense of Russian taxpayers,” says Mikhail Krutikhin, partner of RusEnergy.

Not all recipients of the Kremlin’s aid are located in the post-Soviet space. Thus, the amount of support from the Kremlin for the Venezuelan authorities has exceeded $ 20 billion over the past 10 years. The greatest assistance was provided by Rosneft, which allocated 17 billion dollars to the regime of Nicholas Maduro for various needs. Another $ 3.15 billion Venezuela officially owes Russia. Some of this money was returned, in particular, through secret oil supplies, bypassing American sanctions.

Russia’s financial injections into Syria could have totaled $ 4.72 billion. The war on the side of Bashar al-Assad from 2015 to 2018, according to the estimates of the analytical center of the Yabloko party, cost Russia $ 3.2 billion. Experts note that in reality the operation could have cost 1.5 times more, because the total amount does not include many unknown quantities, such as the cost of long-range aircraft flights, the transfer of troops, the training of local military personnel, and so on. Russia’s assistance aimed at rebuilding the country in 2020 is estimated at $ 1 billion, and another $ 500 million from 2019 to 2023, Russia should invest in the modernization of the Syrian port, where the Russian naval base is located.

The most familiar way for Russia to support loyal regimes is subsidies for oil and gas. “Belarus receives Russian gas at a price of about $ 130 per thousand cubic meters. security Alexey Grivach.

About the same, until 2014, assistance was provided to Ukraine.

It is not known exactly how much the war in eastern Ukraine cost Russia. And officially, there were no Russian military on the territory of the LPR and DPR.

Expenditures on large energy projects created to cater to foreign policy interests totaled $ 224 billion. The construction of the Power of Siberia, Nord Stream 2 and Turkish Stream gas pipelines by the state-owned Gazprom alone could cost $ 133.4 billion. Analysts believe that these projects are unlikely to pay off, since they are politically motivated, and huge funds for their implementation go primarily to the pockets of contractors. In addition, Nord Stream 2 and Turkish Stream were under the threat of US sanctions.

Gazprom starts sometimes politicized, sometimes not very much, but absolutely unnecessary non-commercial gas pipeline projects, and then distributes construction contracts between so-called friendly companies. They monstrously overestimate the estimates and budget and get super profit from this, “says Mikhail Krutikhin.

Another area in which Russia is trying to realize its political ambitions is nuclear energy. For the construction of 21 power units abroad, for which contracts have already been signed, the state allocated $ 92 billion to Rosatom. Nuclear power plants are usually built in countries that cannot afford to build them on their own. And not a single bank will lend them money – they will not be able to pay. A striking example is the construction of the Akkuyu NPP in Turkey, for which the corporation has been unsuccessfully trying to find an investor for more than two years. Therefore, most often the project is paid for with Russian export loans at low interest rates or even with funds from the National Welfare Fund.

“Russian export loans are fundamentally different from export loans from other countries,” says Vladimir Slivyak, co-chairman of the Russian environmental group Ekozashchita. “In any Western country, a loan never covers the full cost of a project, only a small part, and companies have to look for the rest from individuals, investors, banks. Our export credits can cover up to 90% of the cost. Where there is a political component, there is no need to expect profit. “

Russia not only generously distributes energy subsidies, builds nuclear power plants and pipelines around the world, gives loans to other countries, but also has a habit of writing off past obligations. Novaya Gazeta counted $ 116 billion of debts written off to other countries. Among them, 20 billion – to African countries (mainly for the purchase of weapons) and a record $ 31.7 billion – to Cuba. Most of this money is still Soviet assets. To have claims for these debts, Russia had to join the Paris Club, recognize and regularly pay the debts of the former USSR.

In recent years, the flow of petrodollars to the RF budget has noticeably dried up. This is forcing the Russian authorities to abandon the previous expansionist policy, which, moreover, can cause discontent among Russia’s poor population.