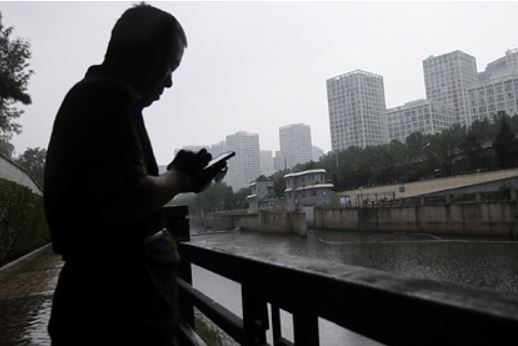 The consequences of the “delta” strain of coronavirus and China’s “zero contamination” policy have severely damaged the Chinese economy. Business and manufacturing activity indices indicate a slowdown in economic growth. Reported by CNN.

The study of business activity (PMI) in the field of industrial production showed a slowdown in growth rates within the industry: if in July the index was at the level of 50.4 points, then in August it dropped to 50.1 points. Although the indicator remained above the 50-point mark, indicating an increase, the pace was the lowest since the start of the coronavirus pandemic. The business activity index (PMI) in services, which now accounts for most of China’s gross domestic product (GDP), fell from 53.3 in July to 47.5 in August, the first drop since February 2020.

The reason for the slowdown in economic growth was the spread of the “delta” strain of coronavirus and the tough measures of the Chinese government to combat it. After the city of Nanjing recorded the worst coronavirus outbreak in China in a year, the authorities took a series of drastic measures to prevent the spread of new infections. China has blocked cities, restricted air travel, and suspended trade. The aggressive strategy of the Chinese government to combat the delta strain has led to containment of the virus and at the same time to a decrease in economic growth.

“The latest research shows that China’s economy contracted last month as the disruptions caused by the virus heavily impacted service sector activity,” Julian Evans-Pritchard, senior China economist at Capital Economics, told Capital Economics. He believes that the drop in PMI in the service sector was caused by restrictions on movement and fears of people who, amid the new outbreak of the disease, more often stayed at home.

Global problems in the supply chain only exacerbated the situation. Global production and consumer demand rose, while a shortage of containers to transport cargo, the effects of the closure of factories in Vietnam and China’s largest commercial port continued to disrupt global supply.

However, China’s economic problems do not end there. “Restrictions, especially in technology and education, for large enterprises affect both employment problems among those who have lost their jobs and broader consumer confidence as concerns about broader government interventions are mounting,” said Jeffrey, senior analyst at Oanda. Halley.

Experts expect the situation to change in September as China controls the spread of the coronavirus. Even with the instability caused by the recent outbreak, the country’s economy is bouncing back to normal.