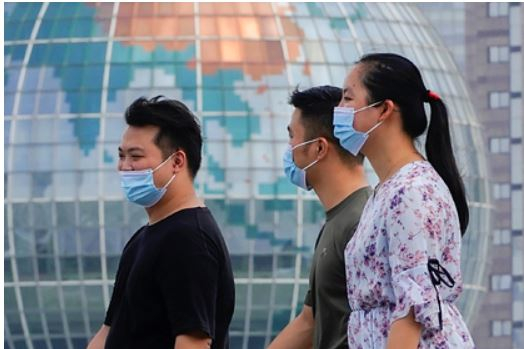 China’s economic growth slowed in August due to a new outbreak of the “delta” strain of coronavirus and tough measures by the Chinese government. Bloomberg reports.

The pandemic hit retail sales, which slowed to 2.5 percent from a year ago, seven percent below economists’ expectations. The reason was the reduction in spending in the summer. Industrial production rose 5.3 percent from 5.8 percent expected.

Construction investment fell 3.2 percent in eight months as the government tightened restrictions on property acquisitions to contain rising house prices and stave off speculation in the market, Reuters reported. The pace of construction has slowed, bringing steel production in the country to a 17-month low in August. In addition, due to China, global demand for iron ore has decreased.

“Markets have so far significantly underestimated the magnitude of the second half growth slowdown,” said Lu Ting, chief China economist at Nomura Holdings in Hong Kong. The People’s Bank of China (PBOC) refused to take measures to boost economic growth. The country’s monetary policy will remain the same: China will not introduce massive incentives to help its own markets. Instead, the government will ramp up targeted support programs for small businesses.

According to Sun Guofeng, head of the NBK’s monetary policy department, the current economic conditions do not require as much liquidity as was needed during the peak of the pandemic. Many economists expect the NBK to lower the reserve requirement in the coming months, which it did in July.