Alisher has not met the expectations of fans. The rapper warmed up the audience for the new clip 4 days. The artist demanded from subscribers, 500 000 comments below the post with shots from the movie to the song to add it to your channel. His provocation worked, and received over 1 million feedback from the fans. 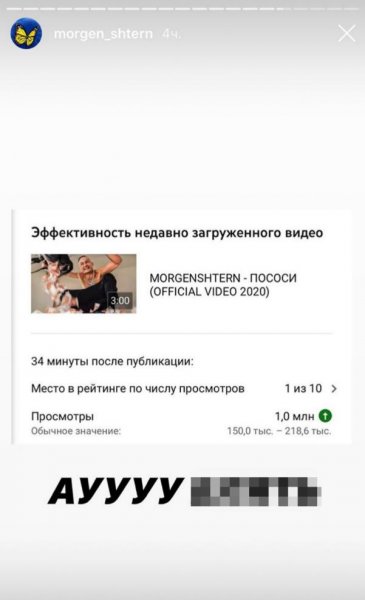 5 hours ago blogger released a new video from one take, which got 1 million views in 35 minutes. However, Morgenstern has not justified expectations of fans who were waiting for the video for the song "Cadillac". Many fans reacted to his new video is very negative and decided to unsubscribe from the musician. However, this does not prevent his statistics, and now the video has over 2 million views. 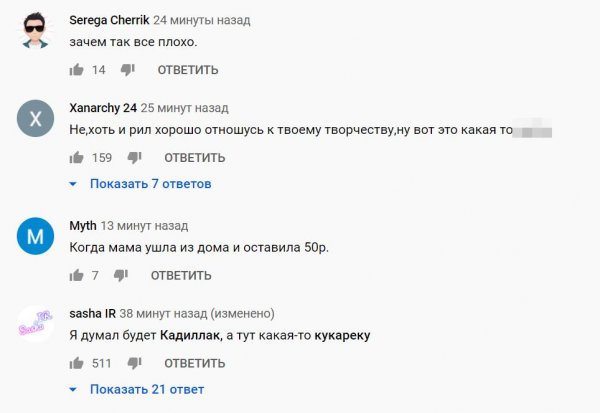 Comments under the new clip Morgenstern

New video Alisher – more like the irony of the fans who were expecting something completely different. It is obvious that the rapper was expecting such a reaction, because he called the clip and the song is suitable.

In the last seconds of the rapper, after all, put part of the song "Cadillac" which that anxious fans. The rapper is often intriguing the fans to eventually get a large audience for their creativity. Challenging behavior also attracts the attention of not indifferent than actively used by Morgenstern in his own favor. Black PR is also PR. Stills from a new clip Morgenstern

Before the release of the music video Morgenstern turned to another popular American rapper 6ix9ine, which was also supposed to release the video for the new song this afternoon: "He moved it, because he understands that it is useless to compete with me."

Overconfidence and arrogance Alisher – some of the factors that cling to the public. He actively uses, because despite the conviction he continued to reach the charts of the most popular artists of rap.