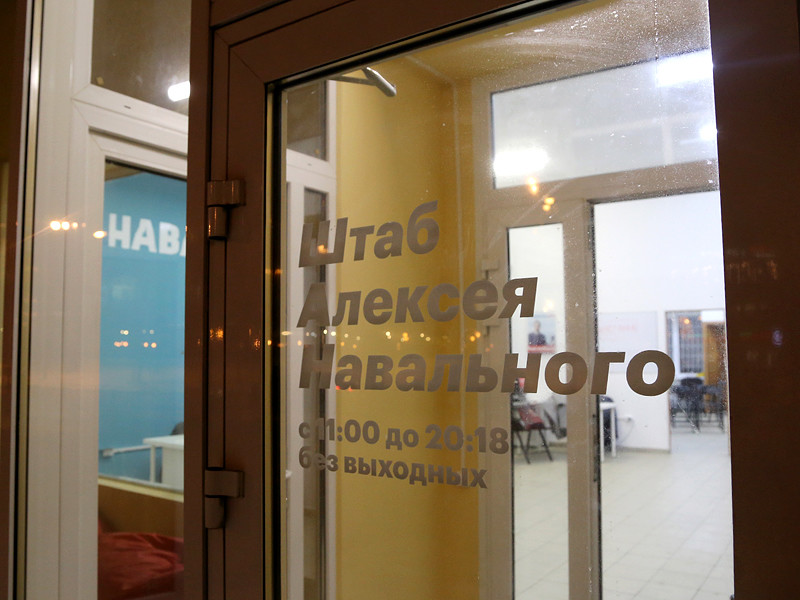 Earlier it became known that the prosecutor’s office suspended the activities of Navalny’s headquarters pending a decision on the claim on extremism. Until the end of the consideration of the case, organizations are prohibited from posting materials on the Internet, organizing rallies and participating in elections and referendums.

“Starting today, no information will appear on this page. It will be frozen. In the near future we will change its name and depersonalize it as much as possible. The same will happen with the rest of the pages of our headquarters on social networks,” the headquarters said in a statement. Navalny on Telegram. The headquarters’ pages in social networks VKontakte, Twitter, Instagram and other social networks have already been frozen, but Navalny’s team has assured that his supporters “in their personal capacity” will continue to fight corruption, United Russia and Vladimir Putin.

As an employee of Navalny’s regional headquarters told the Daily Storm, social networks will stop working for a short time. “What is there now will not be removed, because before the organization is recognized as extremist and so on, everything is legal. Social networks will be renamed in the format” Navalny / [название региона]”So far, the working version is like this,” he said.

Another employee clarified that initially the transfer of social networks to the leadership of FBK * and headquarters was planned for Thursday, but the current events forced the process to be accelerated. The employees of Navalny’s and FBK * headquarters will have their work mails deleted, they will transfer the passwords for their accounts, and the cooperation agreements with them will be terminated. All this will be done in order to protect the employees of Navalny’s structures and reduce the likelihood of their being prosecuted. They were also instructed to clean up their social networks of references and symbols of FBK * and Navalny’s headquarters.

Meanwhile, the FRG government condemned the ban on the activities of the headquarters of Alexei Navalny in Russia. “The fight against politically objectionable opinions by anti-terrorist means is in no way consistent with the principles of the rule of law,” said German cabinet spokesman Steffen Seibert, quoted by DW. He reiterated his call for the release of the Russian opposition leader and for his access to adequate medical care and doctors he trusts.

The suspension of the activities of not only Navalny’s headquarters, but also FBK * reported in Twitter director of the fund Ivan Zhdanov. He posted scans of the decree, where the Moscow prosecutor claims that Navalny’s structures are posting on their websites “extremist materials, calls for extremist activities, riots, participation in public events unapproved by the authorized bodies, etc.”

The document also states that “the movement’s extremist activity entails a violation of human and civil rights and freedoms, causing harm to individuals, health of citizens, the environment, public order, public safety, society and the state.”

The prosecutor asked the court to prohibit Navalny’s structures from posting materials on the Internet, holding public events, and participating in elections and referendums. In his opinion, the FBK * and Navalny’s headquarters are trying to create “conditions for changing the foundations of the constitutional system, including using the scenario of the” color revolution “, as well as creating conditions for destabilizing the social and socio-political situation in the country” under the guise of liberal slogans. ” …

On April 16, the Moscow prosecutor’s office filed a lawsuit to declare the Anti-Corruption Foundation *, Navalny’s headquarters, and the Citizens Rights Defense Fund * extremist. The prosecutor’s office stated that under the guise of these organizations, foreign and international organizations operate, whose activities are recognized in Russia as undesirable. The Moscow City Court classified all materials of this case.