Navalny was poisoned by FSB officers. The case has been solved. 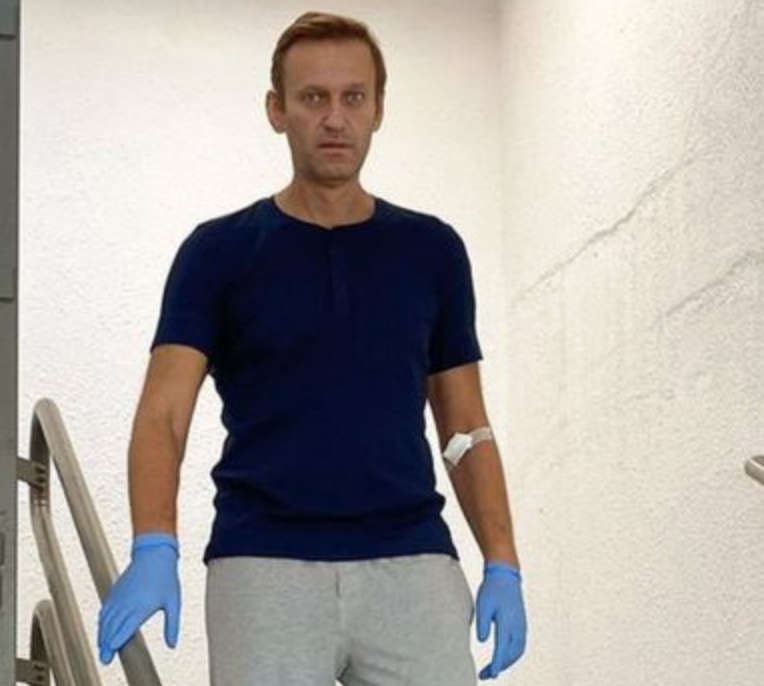 Investigators believe that the first incident could have happened in the summer, when Navalny’s wife, Yulia, almost fell victim to the attack, RBC reports.

The publications CNN and The Insider, Bellingcat are conducting a general investigation, during which materials were made public, they say that FSB officers had a hand in the serious poisoning of Russian opposition leader Navalny.

It is reported that 8 people became the perpetrators of the crime, they even learned their names, thanks to the billing conversation. The entire group was led by Stanislav Makshakov, in the 1970s he was an employee of an institute near Saratov, and it was there that scientists developed the Novichok, which nearly killed Navalny. Other participants in the crime were also named – Ivan Osipov, Oleg Tayakin, Mikhail Shvets, Oleg Tayakin, Vladimir Panyaev, Alexey Alexandrov, Konstantin Kudryavtsev, Alexey Krivoshchekov.

According to CNN, these people traveled by two or three people, and from time to time they changed their real names and pseudonyms. They visited every city that Alexei Navalny visited.

According to publications, the first attempt could have happened back in the summer, when Navalny arrived in Kaliningrad with his wife, and several members of the criminal gang also arrived there. That time Alexei’s wife felt bad, she stayed overnight in the same room, and in the morning she felt better. Most likely, they could have tried to poison her, but the dose was too small, and the intoxication was weak.

It also became known that Panyaev, Alexandrov and Osipov visited Tomsk and Novosibirsk in the summer, just at the time when Alexei Navalny was there. Most likely, he could have been poisoned at the end of the day on July 19, when he was at a hotel in Tomsk.

According to The Insider, after what happened in Tomsk, Tayakin (one of the members of the group) left Moscow for Gorno-Altaisk. They believe that he went there to help him at the Institute of Chemical and Energy Technologies to hide the traces of a chemical crime. Also, those criminals who were at that time in Tomsk and Novosibirsk went there.

But at the same time, the publication reports that they do not have information about whether there was someone from the criminal group in Omsk when Alexei was there in the hospital or not.

CNN reports that journalists managed to find Tayakin’s house, they even found him at home, but he simply slammed the door and said that he would not answer any questions.

Victim Alexei Navalny commented on the published information on social networks and added that “the case has been solved.” He also added that he has information that Panyaev (one of the participants in the crime) was previously registered in his house in the Lyublino district, but now he is registered at 1 Lubyanka.

In addition, Navalny said that the FSB officers followed him just on his heels and did not miss any of his stops. Earlier, he stated that probably only he and the “Tender May” group traveled around the country so much, but no, since criminals from the FSB traveled the same amount.

We will remind, the Russian politician Navalny sharply became ill on August 20, when he flew to the capital. The plane was immediately landed in Omsk, Alexey was immediately taken to the hospital. Within a few days he was transported to the Charite hospital in Germany. Alexei’s relatives initially insisted that he had been poisoned. Already in the middle of autumn, the German authorities announced that traces of “Novichok” were indeed found in the blood of Alexei Navalny, and this is a battle poison. A little later, representatives of laboratories in Sweden and France presented the same information.

At the beginning of September, Der Spiegel announced that traces of the “Novichok” were found on the bottle from which Alexey drank in Tomsk. The publication also reported that the bottle had to be guarded by the oppositionist’s relatives, who later handed it over to doctors in Germany. At the same time, Der Spiegel declares that Aleksey could drink from it after he was poisoned and simply left traces of the Novichok there.

As for Moscow, they categorically disagree with the version of poisoning by Novichok, and refer to the fact that no traces of the poison were found during laboratory research in Omsk. At the same time, the Russian authorities want the German authorities to provide materials, primarily biological.

At the same time, the official departments explained what happened to the opposition leader Alexei Navalny. They argue that one of the reasons for the sharp deterioration in Alexei’s health could be a diet that caused changes in carbohydrate metabolism, and as a result – chronic pancreatitis.

According to the research results, doctors from Omsk did not find a single confirmation of Alexei’s poisoning. Therefore, the main reason for the deterioration of his health was called metabolic disorders.