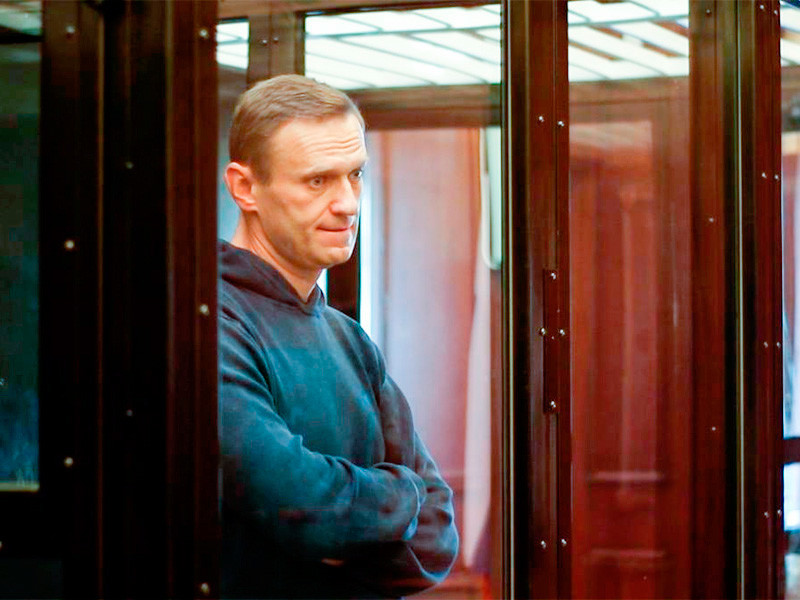 Alexei Navalny’s lawyer Vadim Kobzev did not rule out that the politician could be transferred to the colony on Saturday, Radio Liberty reports (entered by the Ministry of Justice into the register of media “foreign agents”). “Theoretically, he could have been sent even after the decision of the first instance. Navalny can be sent to the colony today, or maybe after the decision in the libel case. We do not know exactly when this will happen,” Kobzev said.

On February 20, the Moscow City Court upheld the decision to replace Navalny’s suspended sentence with a real one in the Yves Rocher case, but reduced the term by one and a half months – to 2.5 years in prison instead of 2.8. The defense will appeal this decision. On Saturday evening, Navalny will also be sentenced in the case of “libel” against the veteran of the Great Patriotic War Ignat Artemenko.

RIA Novosti, citing “a source familiar with the situation,” reports that Navalny will be transported to one of the penal colonies of the Central Federal District in the coming days. The interlocutor of the agency noted that usually the convicted person is transported within a week after the court’s decision.

According to a member of the Public Monitoring Commission of Moscow, Eva Merkacheva, “there are rumors” that Navalny could be transferred to the Vladimir colony, where the former defendant in the “Moscow case” Konstantin Kotov was serving time under the “Dada” article on repeated violation of the law on rallies. Merkacheva noted on the air of Dozhd that the Vladimir region is considered “the most repressive region,” and human rights defenders receive many complaints from there.

As an example, she cited the non-admission of lawyers to their clients under the pretext of increased temperature at the defense. The fact that this was not confirmed in the clinic was ignored by the colony administration. “If Navalny gets there, either everything will be corrected, or we will find out some new details about how these people are being kept, in what conditions,” Merkacheva said.

After arriving in Russia from Germany on January 17, Navalny was detained and placed in the Matrosskaya Tishina pre-trial detention center. On February 18, the politician said that the commission of the isolation ward put him on the preventive record as “inclined to escape.”

Marina Litvinovich, a member of the Public Monitoring Commission of Moscow, explained that this status would not change anything for Navalny in the pre-trial detention center, since “he is being taken with a reinforced escort anyway.” In the colony, the politician will be under increased control. “Navalny will have to register with the administration of the colony approximately every 3 hours, fixing that he has not escaped anywhere. Sometimes the administration forces him to register at night. This is one of the ways of pressure, one of the ways to worsen the life of the prisoner, to make it unbearable,” Litvinovich wrote in your Telegram.

According to the testimony of the prisoners, those “inclined to escape” are constantly searched, photographed while sleeping, “the blanket is removed for identification, if covered with the head.” Prisoners with this status sleep “at the entrance, under a lamp, closer to the video cameras.” It is very difficult to remove this status, which is called a “strip” in the jargon, according to Litvinovich: “For this, the commission needs to be re-assembled, but it usually finds no reason to remove it.”