Sailors during the voyage are accompanied by special unwritten rules that are customarily strictly observed. The reason for the emergence of some of these traditions was long-term observations of natural phenomena, the cause of others – various beliefs and legends. 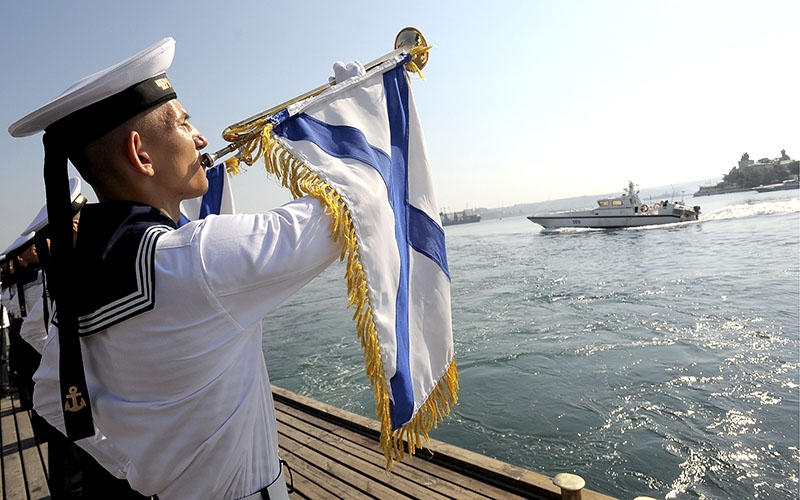 Baptism of the ship or “Champagne for Poseidon”

The first mention of the tradition of “ship baptism” can be found in Egyptian manuscripts from the time of the pharaohs. Before the ship is launched from the slipways into the water, it is officially named after the ship, and sailors consider changing the name of the ship a bad sign. To appease the lord of the seas, Poseidon, a bottle of champagne is broken on the stem of the ship. In ancient times, the inhabitants of the Polynesian islands sacrificed their captives for this purpose, believing that their gods needed blood, not wine.

The neck of a broken bottle is stored in the wardroom. Since it is considered a bad sign if the bottle does not break, before the “baptism” of the ship, training is often carried out: the bottle is tied to a rope, and the performer (usually the “godmother”) repeatedly tries to get it into an object depicting a ship stem. 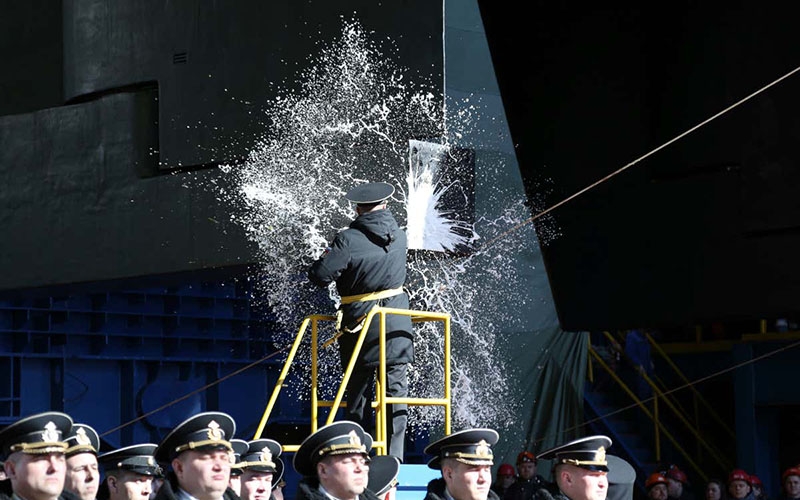 Sailors call this world-famous ritual the Line-Crossing Ceremony. According to the old tradition of the navy, all crew members who cross the equator for the first time undergo a rite of initiation into sailors. This action is a theatrical performance with Neptune, mermaids and monkfish (Neptune and retinue are played by old crew members). To the sound of improvised drums, they smear the newcomers with fuel oil, douse them with sea water and make them drink it. Further, the “novice initiated into sailors” receives a “document” about the passage of the equator with the seal of the “Neptune office” and the autograph of the captain of the ship. 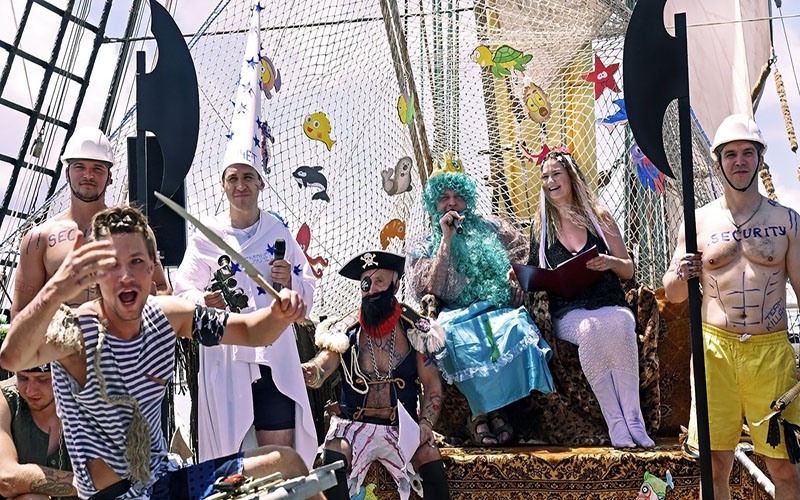 This tradition appeared during the sailing of sailing ships. Often, while waiting for a fair wind near the equator (and in this zone there is often calm), the sailors came up with such fun entertainment for the crew.

Right-sided “orientation” and discrimination against women

In almost all fleets, the right side is recognized as honorary. This tradition arose because the extreme southern point of South America – Cape Horn, which separates the Tierra del Fuego archipelago and the American continent of Magellan, was first passed by the starboard side to the coast, in the direction from east to west.

By virtue of the same, other maritime customs are also observed:

Only the Portuguese do not recognize the advantages of the right side; they consider the left side to be honorary. The reason is the same, geographical: a native of this country, Vasco da Gama, who opened the way from the Atlantic Ocean to the Indian Ocean, rounded the Cape of Good Hope off the southern coast of Africa, moving to the shore on the left side. 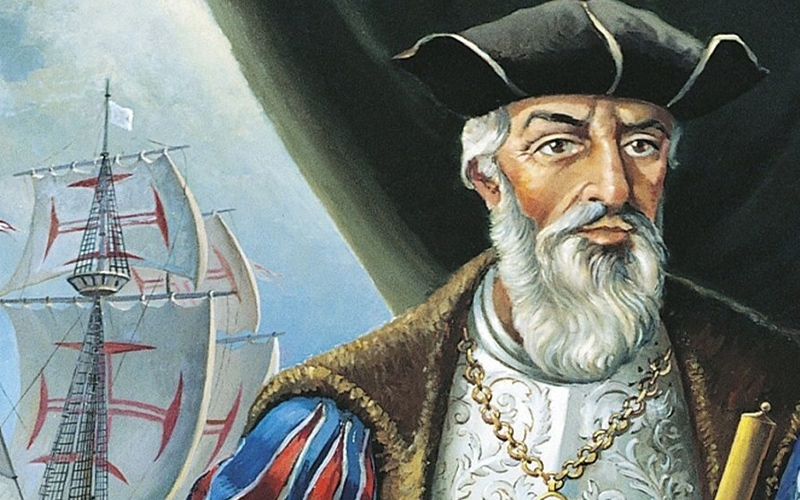 Since the beginning of navigation, there has been a belief that a woman in the sea brings misfortune, so for many centuries it was forbidden to include women in the crew. The origin of this custom may be explained by the fact that sailors considered their ships to be living beings, and usually gave them female names. Having found a “rival” on board, the ship could feel jealous and cease to obey the captain.

However, the modern traditions of the Russian fleet have leveled this belief: women study at the colleges of the sea and river fleet, maritime academies, and occupy positions on ships as a marine biologist, climatologist, oceanographer and even navigator. There was a case in the history of the Russian fleet when the entire crew of a ship consisted of women. In 1942, this minesweeper converted into a warship, equipped with machine guns and depth charges, successfully fought near Stalingrad. 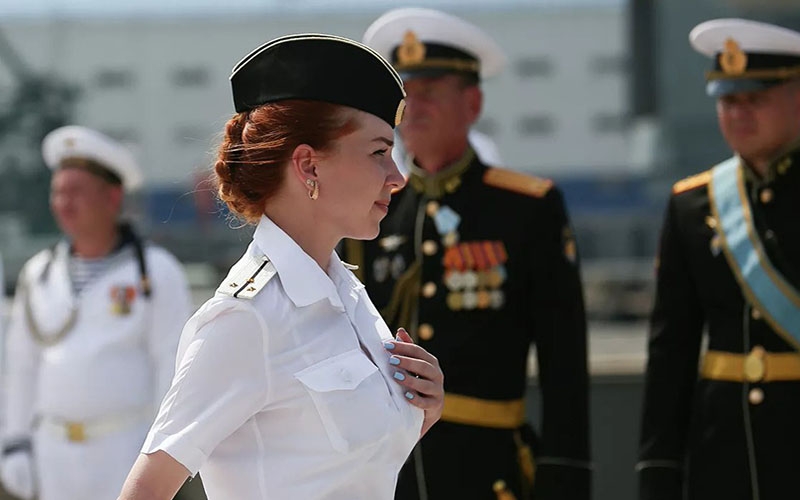 Sailors say that the weather cannot be praised: it is worth saying that it is good, you can soon expect a storm. But basically, the signs associated with meteorology are based on the findings of observations of the direction and strength of the wind, wave height, air transparency, the type of clouds and other atmospheric phenomena. Since ancient times, navigators have used such signs for the nearest weather forecast.

Among the most famous meteorological signs: 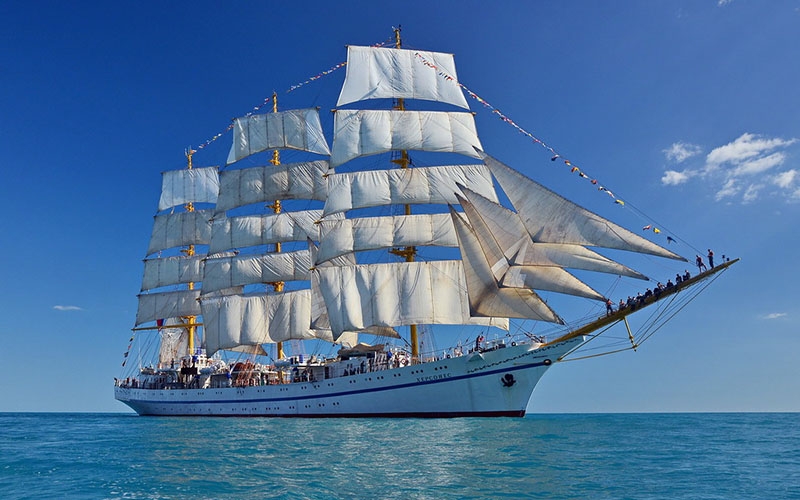 There are traditions and customs in the navy that are based on religious beliefs, or appeared as a result of the coincidence of any actions committed by members of the crew and a catastrophe or misfortune that subsequently occurred on the ship.

For example, in England they tried not to go to sea on Friday, since this is the day of the crucifixion of Christ. To prove the absurdity of such a belief, the English government at the end of the 18th century ordered the construction of a ship, calling it “Friday”, lowering it from the staples and sending it on its first voyage on the fifth day of the week. However, ironically, this ship, along with the crew, went missing. In Russia, Monday and the 13th were considered unlucky days. Dislike for the first day of the week and the “devil’s dozen” has been preserved among Russian sailors to this day. 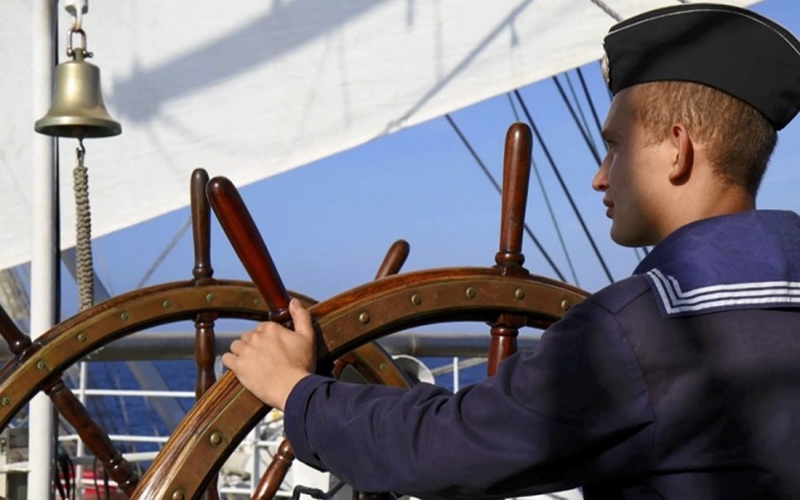 Sailors also have very strange superstitions that are inexplicable from the point of view of logic:

Military traditions of the fleet

A special place in the life of military sailors is occupied by the combat traditions of the fleet. Enshrined in combat regulations, traditional solemn ceremonies demonstrate high discipline, respect for the naval flag, loyalty to the oath taken and the oath to the Fatherland. 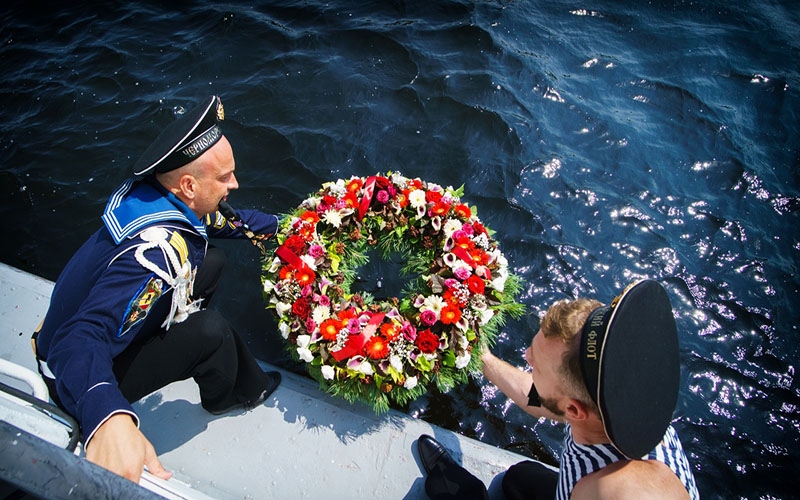 The military naval traditions, which are a spiritual code passed down from generation to generation and are strictly followed on the ships of the Russian naval forces, include: