Naughty bulldog doused his four-legged girlfriend with a hose

Residents of Hampstead (North Carolina, USA) opened a kindergarten for dogs and often watch interesting scenes between the wards. 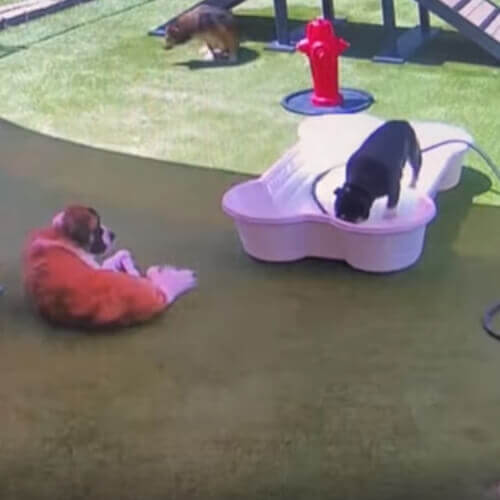 A video surveillance camera comes to the aid of the owners of the kindergarten, so that they always have the opportunity to look after the dogs, and sometimes even laugh, looking at the eccentricities of our smaller brothers. 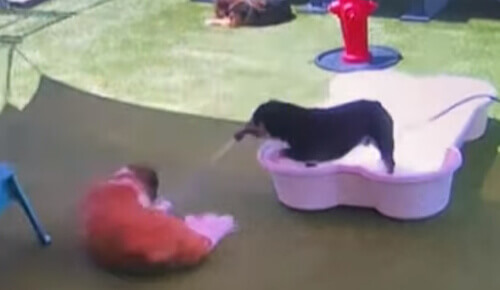 Take, for example, a naughty American bulldog named Barry, who made a funny mischief – he grabbed a hose with water and doused his four-legged friend Matilda. Educators, and users of social networks, the scene seemed hilarious, although poor Matilda at that moment was clearly not laughing.