Natasha Koroleva settled her son in the attic 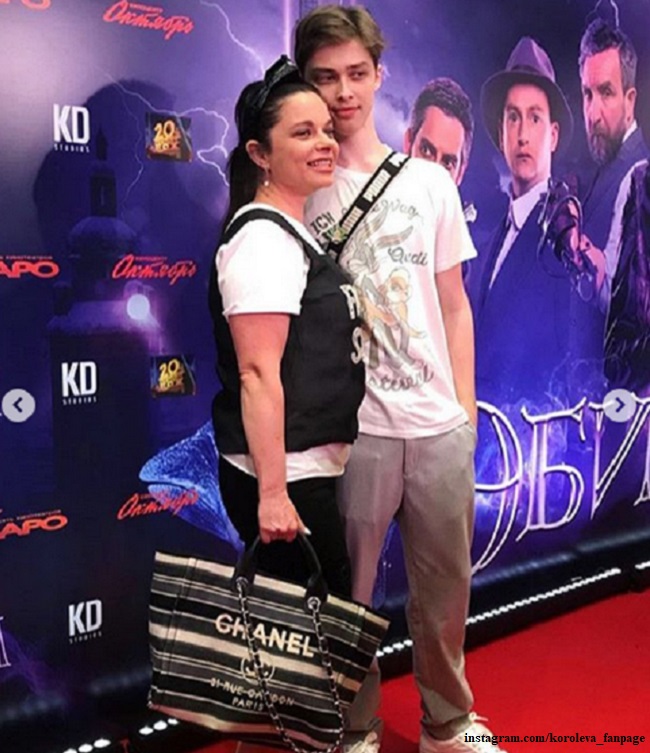 The son of the singer Natasha Koroleva retires with the girl in the attic of the family mansion.

For several months now, Natasha Koroleva’s son Arkhip is happy in a new relationship. The guy meets with the pole dancer Melissa, who introduced her boyfriend to this direction of choreography.

In his personal blog, the aspiring artist demonstrates his skills, and the haters comment on – they say, he followed in the footsteps of his father, a stripper. Meanwhile, Arkhip is still trying more to follow his mother’s example and has already recorded several music tracks, including re-interpreting her old hit “Dolphin and the Mermaid”. And, although Natasha used to criticize her son’s desire to follow in her footsteps, at the moment she is trying to support him in his creative endeavors, promoting the guy on Instagram.

The Queen, in principle, once again does not interfere in the affairs of her son and his novels, first with the ex-participant of “House-2” Maria Slugina, and then with the pole dancer Melissa, does not criticize. In her personal blog about her current lover, she only said: “Nice little girl.”

Meanwhile, it seems that the new beloved guy often visits the Queen’s house, if she has not moved to her. The fact is that the offspring of the star still lives with his mother. Earlier, the singer said so about the location of her son, communicating with followers: “While his nest is in the attic of his parents’ house“. Melissa showed the public what this “attic” looks like.

“I love home evenings“, – she signed the photo.