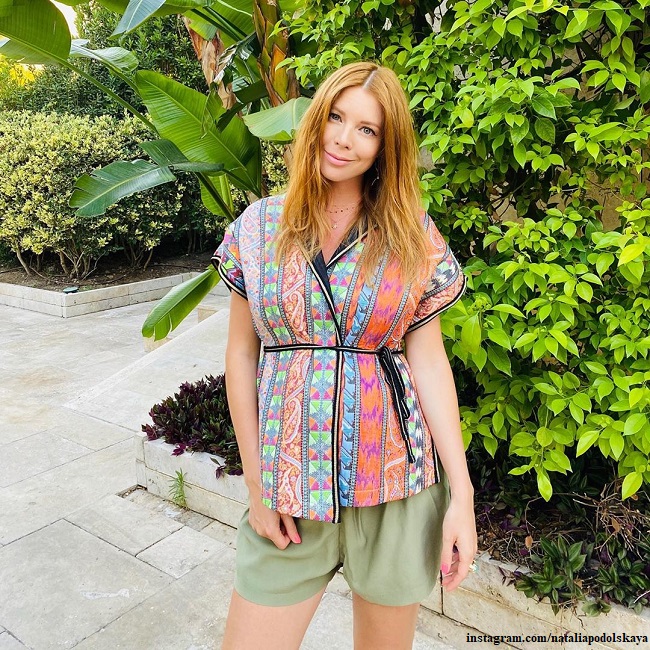 37-year-old singer Natalia Podolskaya is going to give birth to her second son in October. The artist put on special jeans for pregnant women, and she really liked them.

Natalia Podolskaya showed a changed figure in the reflection of the mirror. The actress starred in her own home, trying on jeans that are comfortable for pregnant women with a special insert for a growing belly.

The participant of the show "Star Factory - 5" appeared with her hair down and without makeup. The artist wore a simple white T-shirt with wide straps and blue jeans. She turned sideways and showed how big her belly had become. The star was glad that she was very comfortable in such clothes.

"Thanks to whoever came up with these jeans.", - Natalya said with admiration.

Podolskaya also shared a video from the training of her five-year-old son Artemy. The star captured his son doing exercises on the rings.

“There are days when you are only a mother and your child surprises you", Commented on the video Natalia.

The singer admitted that she is trying to protect the child from the influence of gadgets. She believes that it is too early for her son to use a laptop or smartphone.