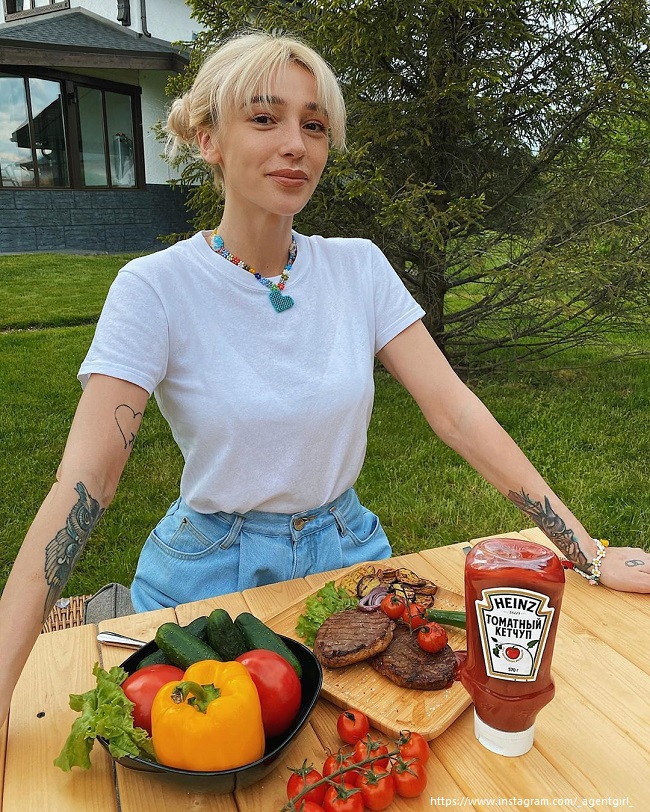 Blogger and Aljay, whose real name is Alexey Uzenyuk, got married in September 2019. The registration of the star was carried out modestly, without even wearing traditional outfits for the celebration. However, for lovers it all seems like a trifle, because between them there are really warm and tender feelings.

30-year-old Nastya Ivleeva always speaks with pride about the chosen one, sometimes not hesitating to let go of even piquant compliments addressed to him. However, in a conversation with a longtime friend Eldar Dzharakhov, the blonde allowed herself to reveal herself as a gentle and loving spouse. So, she noted that she does not see a single flaw in Aljay, and her nightmare is separation from her chosen one.

“I have two fears. The first is to lose Leha, the second is to lose his popularity. Not in the sense of being on the hype, but in general, when you wake up in an instant and you have nothing. This is normal. You have been going towards this all your life. What pisses me off in Leh? I’ll be banal, but I’m not the kind of girl who languishes over the hearth. I have a lot of work, there are people who take care of the cleanliness of the house. We don’t have everyday routine … We don’t have the opportunity and time to look for flaws in each other. There are some moments when I say: “Lesh, it will be great if we listen to each other and do so that we feel comfortable.” And all this against the backdrop of brotherly love and friendship“, – she confessed in the YouTube-podcast” Dzharakhov “.

Ivleeva noted that both have a very busy life, so their home is a place where they can truly relax and exchange emotions. “I love my job. This is my priority. When I had a birthday, I came out in character and noticed how Lesha was stunned. He approached me: “I saw you in a new role. Didn’t know you were capable of it! Where do you get the strength for this? ” It motivates me. We constantly tease each other, we give some kind of kick“, – said the star enthusiastically.

Dzharakhov himself was greatly impressed by the blogger. He admired what a strong and beautiful woman his girlfriend had become, bitterly admitting that he was tired of waiting for such a chosen one. Nastya advised Eldar not to get hung up on finding a soul mate. She urged all single people to engage in self-development and their own life, in which a companion will definitely appear.

“I had a moment when I suffered, worried about not understanding who I am and what I want to do. There was a time when my whole life was shuttling around the penis. Many women live like this to this day. When I began to recognize myself, develop my strengths and determined my vector, a man appeared who flew in, hooked me with something and floats with me further downstream. I am not looking for someone. I don’t care at all. You are so confident in yourself that your whole life does not revolve around finding a man“, – Nastya thought.