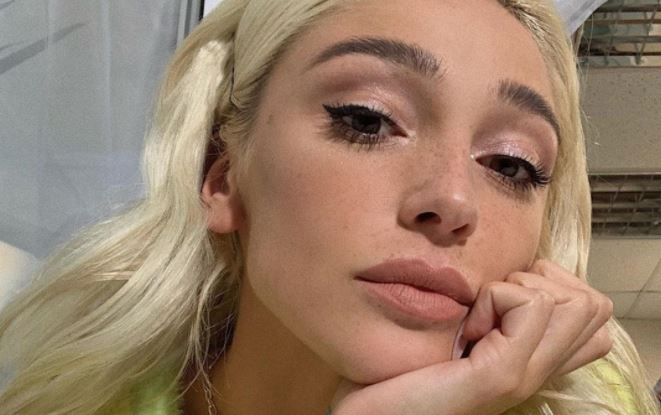 Blogger and TV presenter Nastya Ivleeva, who became famous on the Web for her daring image, revealed herself as a gentle and loving spouse. In a conversation with her friend rapper Ildar Dzharakhov, she admitted that losing her husband Alexei Uzenyuk, better known as Aljay, is her biggest fear.

Ivleeva and Aljay got married in September 2019. The marriage registration, despite the public life of the stars, was modest. Fans learned about the celebration only when information appeared in the media that Nastya took her husband’s surname.

In the YouTube podcast “Jarakhov”, the rapper asked the TV presenter what she is most afraid of today.

“I have two fears. The first is to lose Leha, the second is to lose his popularity. Not in the sense of being on the hype, but in general, when you wake up in an instant and you have nothing. This is normal. All your life you have been striving for this, ”Ivleeva said.

It turned out to be more difficult to answer the question of what annoys her in her beloved spouse. As it turned out, the star couple has almost no reason to quarrel.

“I’ll be banal, but I’m not the girl who languishes over the hearth. I have a lot of work, there are people who take care of the cleanliness of the house. We don’t have everyday routine … We don’t have the opportunity and time to look for flaws in each other. There are some moments when I say: “Lesh, it will be great if we listen to each other and do so that we feel comfortable.” And all this is against the background of brotherly love and friendship, ”the blogger admitted.

Ivleeva in early March threw a wide celebration in honor of the 30th anniversary. All the cream of Russian show business were invited to the secular get-together: from Prima Donna to Dani Milokhin. In honor of her birthday, the star rented a restaurant in the center of Moscow, the party was held in the style of baroque cyberpunk: the birthday girl established a strict dress code associated with the baroque era.