Named terms of depletion of gas reserves in Europe 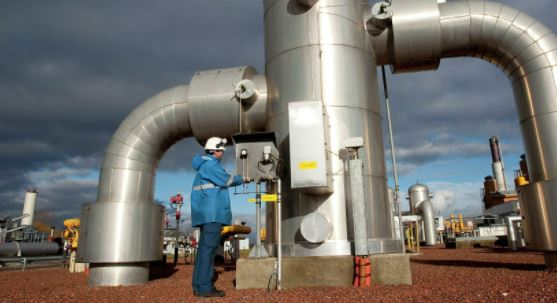 Gas reserves in underground storage facilities (UGS) in Europe. as of January 10 (the latest data from Gas Infrastructure Europe), dropped to 55 billion cubic meters, which is 50.9 percent of their volume. This is the minimum volume over the past ten years, but it should be enough to get through the winter season or end the cold weather. Such a forecast was given by Sergey Kapitonov, a gas analyst at the Energy Center of the Moscow School of Management Skolkovo, Vedomosti writes.

However, he pointed out that the situation cannot be called a disaster. In December and January, the average daily rate of gas extraction from storage facilities was 540 million cubic meters per day. Even if it rises to a billion cubic meters, which happens during severe frosts, Europe will last on the accumulated gas at least until mid-March.

If the withdrawal remains at the current level, then there will be enough gas for 110 days, that is, until May, said Vasily Tanurkov, director of the ACRA corporate ratings group. At the same time, he stressed, empty storage facilities by the summer will mean high demand for gas and the preservation of gas prices throughout the year.

Kapitonov added that the current situation is only slightly worse than the one that developed in the winter of 2017-2018. Then, on January 10, 60 billion cubic meters remained in European UGSFs. By the end of the heating season, the storage facilities were 18 percent full.

The state of affairs can be strongly influenced by the actions of suppliers, that is, Gazprom, and sellers of liquefied natural gas (LNG). The Russian company has not yet shown any activity on the spot market, limiting itself to the execution of long-term contracts. But LNG supplies to Europe have grown sharply – to the second result in ten years.

According to Kapitonov, the second half of 2022 will be important for the market, when new gas liquefaction capacities will be put into operation in the United States. It is possible that within this period the Russian Nord Stream 2 gas pipeline will receive an operating permit. Competition between suppliers may help reduce gas prices.

Earlier, the head of the International Energy Agency (IEA), Fatih Birol, said that the cause of the gas crisis in Europe is the actions of Russia, which are expressed in the deliberate containment of supplies. In his opinion, the Russian company, if desired, could easily increase pumping.