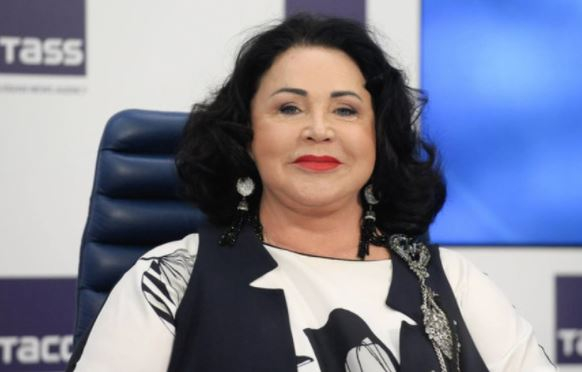 People’s Artist of the RSFSR Nadezhda Babkina admitted that she turned to the healer when her son was on the verge of life and death. However, the elder helped the singer in her personal life.

Nadezhda Babkina almost lost her only son Danila. On the eve of his 17th birthday, the guy almost died in an accident. For a long time he was in a coma. According to the singer, due to a car accident, her relationship with her husband, drummer Vladimir Zasedatelev, was upset. The musician did not seem to care about the child’s condition at all.

Then the artist decided for herself that she could not live in marriage with such a person, so she filed for divorce. In the last week before Easter, Babkina went to Zagorsk, where the healer, Father Naum, lives. The singer recalls that for a long time she could not get to the elder – already at three in the morning there was a crowd of people near the house. According to the star, she went “to ask for her son,” but the witch doctor unexpectedly asked her about her personal life.

Naum’s father immediately reassured the artist and convinced her that everything would be fine with her son, and that she should think about herself. After a short conversation, the healer asked Babkina to perform a Russian folk song, and then handed her Easter cakes, eggs and books for children.

Two weeks after this trip, the artist recalls, a miracle happened – she met with Yevgeny Gor, with whom we have been living in a civil marriage for almost 18 years. The artist is much older than her lover, so from time to time there is information about the separation of the couple. However, Babkina reacts harshly to such rumors.