Nadezhda Babkina told how her son almost died after an accident 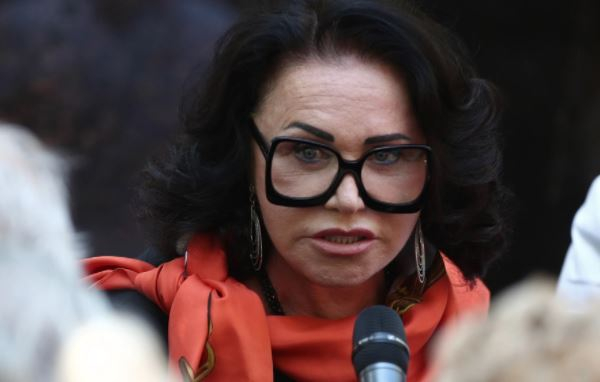 Pop singer Nadezhda Babkina shared the details of the tragedy that happened to her son Danila. He almost died in a car accident on the eve of his 17th birthday.

The singer became a guest of the new release of the Channel One show “Tonight”. She talked about the fateful night when she almost lost her son. A terrible incident happened on the eve of Easter.

“The doorbell rang at four in the morning. I felt that something had happened. Mother always feels everything. Two policemen are standing at the door. My first question is: “Is he alive?” They say: “Yes, he was taken to the first city.” I began to dress very messy. Pantyhose for some reason on the head, “- said Babkina in the archive story, which was shown on the air” Tonight “.

The singer’s husband was at home, but did not want to go to the hospital. Then the artist herself got behind the wheel and rushed to her son. At the hospital, she saw him lying on the floor in blood. She shouted and called for doctors, but she was told that either drunks or hijackers are usually brought with injuries.

Then Babkina called her big name, although, according to the artist, that night she was primarily a mother. It worked, and the performer’s son was helped.

“It was the wildest accident. The tenth graders quietly took the keys at night and decided to go around the yard. But I could not … When the door slammed shut, I ran out in one shirt and shouted: “Danila!” His trace is gone, and I am all pounding, worry. He was sitting in the back seat, the boy who was driving lost control, and they flew into a tree, ”said the performer in the studio of the First Channel show.

When the singer arrived at the hospital, the clock was three in the morning, but she was told to wait until six in the morning. The artist understood that there was absolutely no time.

“He was lying there in the hallway, on the floor! This horror bucked me. I ran to some room where the nurses were on duty, and in the end a doctor came down. They quickly lowered him into the dressing room, processed him. They take him out to the elevator, and here is a miracle. He’s in a coma. You know, I don’t know, but some powerful, divine force has gathered in me, and I seemed to have entered him, into his body. He opened his eyes and then said: “Mom, I feel bad, take me out of here,” Babkina continued.

After that, the singer hurried to calm her son down and said that everything was fine. The young man was threatened with craniotomy, but in the end it was not needed. Babkina washed the floors in her son’s ward and brought him food so that he would not feel abandoned.