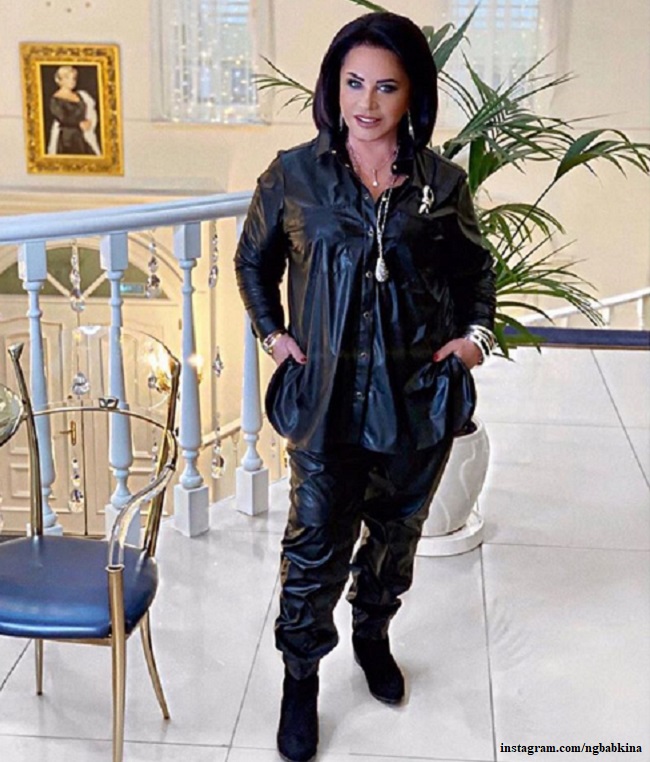 According to the press, the singer Nadezhda Babkina managed to save money on artists.

The last six months have been difficult for 70-year-old Nadezhda Babkina. As you know, the artist is one of the first domestic stars to suffer the coronavirus. Only now, unlike many of her colleagues in show business, Nadezhda Georgievna was close to death. As you know, due to COVID-19, the star's kidneys failed, and she herself was connected to a ventilator for a long time. Even after being discharged from the hospital, Babkina recovered for a long time, continuing to visit doctors.
However, now Babkina calmly recalls the period of her illness and is actively engaged in her work. On her Instagram microblog, she often talks about the activities of her theater. And last Friday, Nadezhda Georgievna celebrated her 70th birthday, although the singer was born on March 19.

Nadezhda Babkina celebrated her anniversary six months after her 70th birthday
"I have been preparing for this day for a very long time. Since March, it was postponed for all known reasons, but in the end it took place! This is the day of celebration of my anniversary in a wide circle of close and loved ones. I will forever keep this evening in my memory. Thank you everyone for taking the time to come to my celebration! Thank you for the warmth, originality and heartfelt wishes! I would really like to make every wish come true", - said Babkina in her microblog on Instagram (spelling and punctuation of the author unchanged. - Approx. Ed. Z-ya.ru).

It is worth noting that the celebration on the occasion of the anniversary of Nadezhda Babkina turned out to be gorgeous. Among the guests of the artist one could meet many representatives of the domestic show business. So, the toastmaster at the celebration in honor of the 70th anniversary of Nadezhda Georgievna was Nikolai Baskov himself. Also at Babkina's party one could meet Elena Malysheva, Alexander Vasiliev, Igor Gulyaev, Margarita Koroleva, Nelly Kobzon and others. The young lover of the artist, 40-year-old Evgeniy Gor, was also present at the evening.

Nikolay Baskov was the host at the anniversary of Nadezhda Babkina

It is noteworthy that Babkina has already been condemned for the holiday in the midst of the second wave of the coronavirus pandemic. However, the artist responsibly approached the organization of the holiday. So, just before the event, the invited guests passed tests for COVID-19. And the seating suggested up to six people at the table.

By the way, over the past evening, Babkina was reminded of the coronavirus more than once, wishing her and her family health. As for the artists' performances that are usual for such stellar birthdays, the guests of Nadezhda Georgievna did not speak for fees, but simply out of friendship. According to "KP", Babkina spent no more than half a million rubles on organizing the anniversary. For comparison, Alexander Ovechkin, who recently celebrated his birthday, has more than five million rubles for a party on the occasion of his 35th birthday. At the same time, such Russian pop stars as Dmitry Malikov, Polina Gagarina, Alexander Revva, Valery Meladze and other popular performers performed for him.