Filmed in a clothing and fabric store in Telangana, India, the peaceful scene quickly took on a dramatic turn. 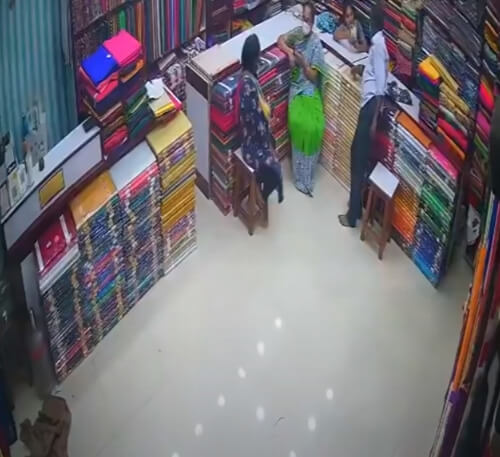 A motorcyclist suddenly burst into the store. CCTV footage shows how a man and three women were not injured only by a miracle, and the perpetrator of the commotion himself rolled over the counter. However, he quickly looked out of there, so it becomes clear that the biker was not injured either. 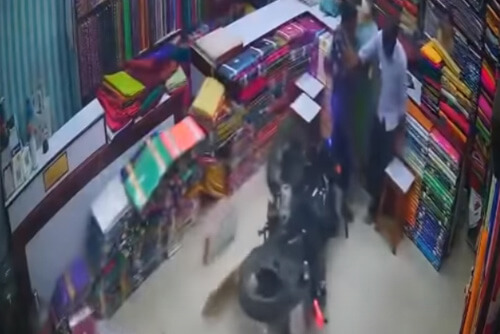 Later, he said that he was the victim of a technical malfunction, because the motorcycle, for some unknown reason, unexpectedly failed the brakes. The police began to investigate the incident and began by seizing the rebellious “iron horse” for examination.

The driver coped with the car and the bike at the same time, but was fined