Apnea – stop breathing during sleep – a dangerous syndrome that can lead to death.

But scientists from the Belgorod State National Research University have created and patented the first device in Russia that can prevent this trouble.

The device is a vibration motor that will wake the patient up if they hold their breath for more than 10 seconds.

The invention was reported by the press service of the government of the Belgorod region.

Due to impaired lung ventilation in patients with sleep apnea, the oxygen content in the blood drops sharply. As a result, the risk of strokes, heart attacks, heart rhythm disturbances and other dangerous conditions increases significantly. A person can simply die in his sleep. With age, the number of patients with sleep apnea increases. Nobody is immune from this. Snoring people are especially susceptible to sleep apnea.

Foreign apnea warning devices are inconvenient and often prevent patients from sleeping. Therefore, patients at the risk of their lives refuse them: they want to sleep. A person cannot live without sleep. 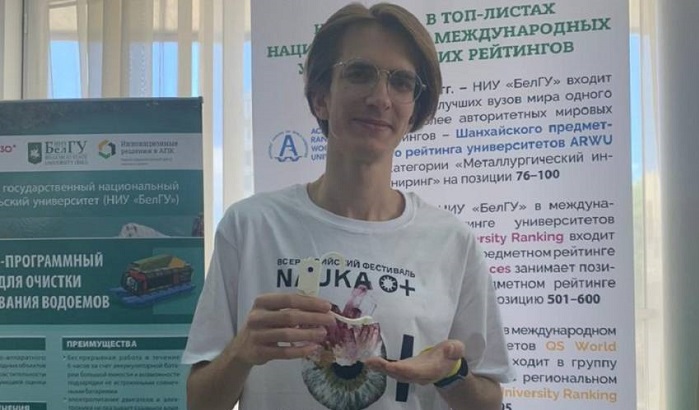 Unlike foreign analogues, the device developed by Belgorod scientists is very simple, small and convenient. And it is somewhat reminiscent of a hearing aid for hearing impaired people – it is also attached to the ear. The body of the device is a flexible pad for fastening behind the ear: you can sleep comfortably with it and even turn around in your sleep.

The device consists of breath sensors, a microcontroller, a Bluetooth module for communication with peripheral devices, and a stimulation module in the form of a vibration motor that wakes the patient up in case of holding his breath.

An important difference between the device developed in Belgorod and foreign analogues is the ability to monitor the patient’s breathing simultaneously through the nasal and oral respiratory channels.