Many people call Sylvain Helein the most terrifying teacher in the world, and all because of the fact that the man is obsessed with tattoos. 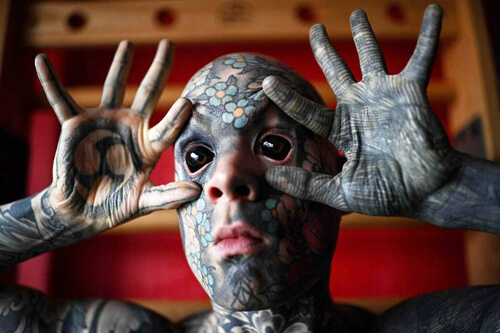 Sylvain is covered in designs and patterns from head to toe. He spent about $67,000 on tattoos and spent about 460 hours in tattoo parlors. Some time ago, a man traveled to Switzerland to undergo a procedure such as a tattoo on his eyeballs. 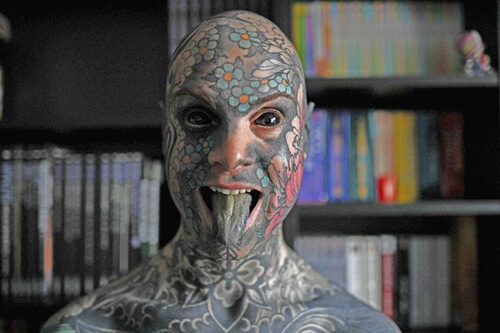 True, now Sylvain advises no one to take an example from him. The tattoo on his eyes was extremely painful, plus the man lost his sight for several days. 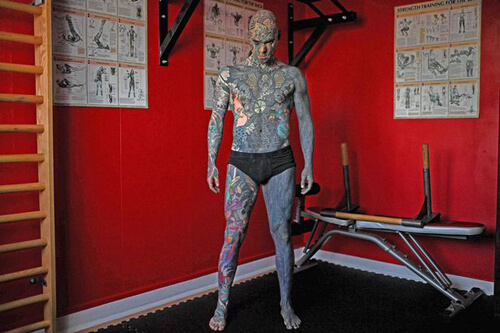 Tattoos caused difficulties in Sylvain’s professional activities. For 10 years he has been teaching in elementary schools in London (England) and in the north of France. However, some time ago he was officially banned from teaching children under the age of six. It all happened because of a three-year-old boy who was so scared of the teacher that he had a nightmare at night. 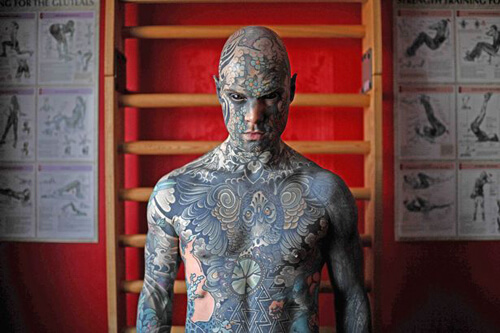 The teacher himself is sure that people like him must work in educational institutions. By looking at Sylvain’s strange appearance, children learn tolerance and will never point the finger at those who are different from others.