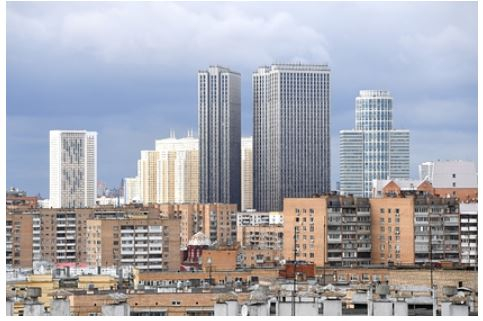 For eight months of 2021 – from January to August – the demand for the purchase of residential real estate in Moscow increased by 34 percent compared to the indicator for the same period of 2020. The interest in secondary apartments has increased by 30 percent. But in the future, the capital’s housing market is threatened with stagnation or even a decline in prices, according to the report of the Agency for Investments in Moscow Real Estate, which was received by the editorial office of Lenta.ru.

Realtors do not expect an increase in real estate prices in Moscow either in the fall or in the winter. “There will be a stabilization of prices now,” they predict. – To a certain extent, even their decline is possible, at least in the secondary market of Moscow. This is due to the fact that there is no growth in wages and, as a result, there is no growth in purchasing power. Now, not a single show on the secondary market happens without a question from buyers for a discount. “

The reduction in price tags is predicted precisely based on the results of real transactions, experts emphasize. Meanwhile, the prices in the ads, or the so-called “Wishlist” of apartment sellers, may even rise.

“Thus, in the next six months, housing prices can move both 1-2 percent up and 1-2 percent down,” the experts conclude.

Earlier it became known that the demand for studio apartments has sharply increased in Moscow. Due to the rise in real estate prices, buyers who had previously planned to buy “odnushki” reoriented to more compact housing. On average, a studio in Moscow on the secondary market is now worth 7.7 million rubles, the price increase over the past 12 months was 15 percent.